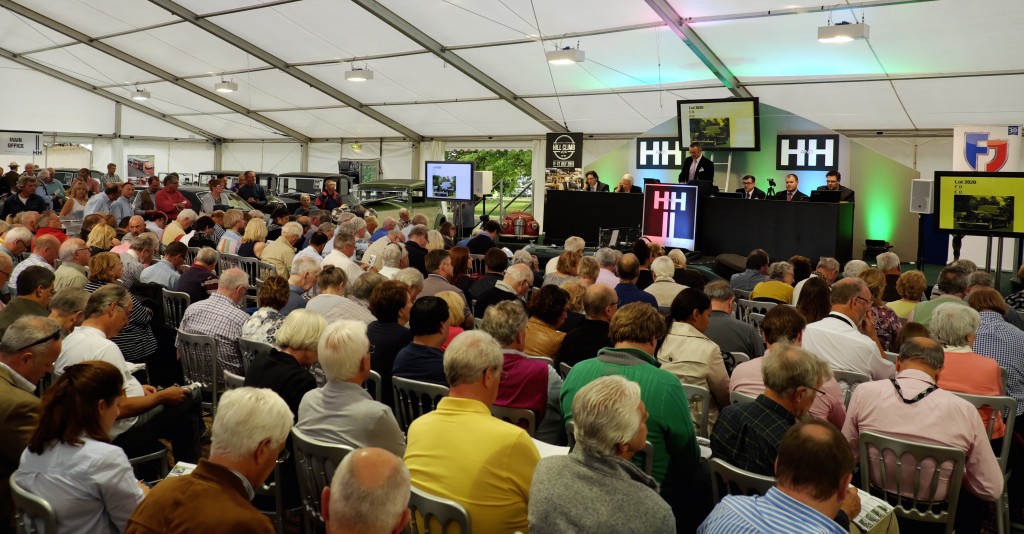 The auction staged last weekend by H&H Classics in conjunction with the annual concours and rally by Rolls-Royce Enthusiasts’ Club did £1.4 million in sales ($2.21 million) at Burghley House in Lincolnshire, England.

The highlight of the sale was the approximately $255,000 paid for a 1923 Rolls-Royce Silver Ghost, formerly owned by the future Edward VIII. The car was bedecked with “wood-effect” paint on shooting-brake coachwork and is called one of the earliest of “woodies.”

The woman who owned the car drove it to the sale, which H&H said was no surprise since the car previously had traveled to South Africa and Australia on driving trips.

Many believe the car is the one, equipped with black, pull-down silk blinds, that the king used to smuggle the American socialite and his future wife, Wallis Simpson, out of Balmoral. Edward would abdicate his throne and marry “Mrs. Simpson” in 1936.

H&H Classics next sale is July 11 at the Chateau Impney Hill Climb.