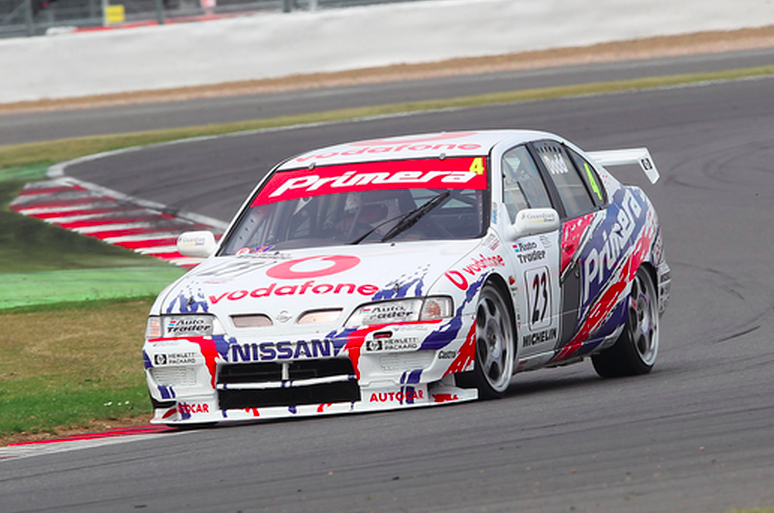 Only racing cars will be offered at Silverstone Auctions’ special Competition Car Sale, scheduled July 23 as one of the events comprising the Silverstone Classic, which is being billed as the “world’s biggest classic motor racing festival.”

The new Competition Car Sale is an addition to the schedule which since 2011 has included an auction of historic race, classic and collectible road cars. Last year that sale generated £5million in transactions ($8.5 million at the exchange rate at that time) and an 85 percent sell-through.

The comp-car event will feature cars such as a 1998 Nissan Primera Super Tourer that raced in the British Touring Car Championships, a 1983 Osella-Alfa Romeo Formula One car and a 1977 March-Toyota F3 racer.

The Nissan, which also was raced by Tiff Needell and David Leslie, carried Anthony Reid to several podium finishes and to second place in the season standings.

Several single-seater cars raced by Piercarlo Ghinzani are offered, including the ’83 Osella that the Italian racer drove in F1. Silverstone Auctions says the car has been restored, has a rebuilt engine and is ready to race.

The ’77 March-Toyota also was raced by Ghinzani, who drove it to a championship when it was new in competition against the likes of Nelson Piquet and Elio de Angelis.

Also on the docket are a 1961 Lotus MK14 Elite “Super 95” and a 1959 Cooper Monaco that is eligible for major historic races around the world, Silverstone Auctions said in its news release.

“It’s a pleasure to be returning to Silverstone Classic again this year,” said Nick Whale, managing director of Silverstone Auctions. “This year marks an exciting new prospect for drivers and spectators with the first-ever racing car-only sale at such a special motorsport event.

“We couldn’t think of another location that lends itself so perfectly to a sale of this type. The sale has stemmed from an increasing amount of popularity of privately owned racing cars competing in historic series, such as the races here at Silverstone Classic.”