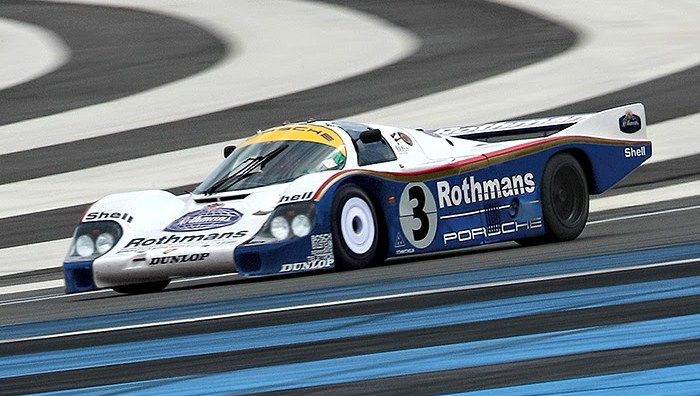 One of the most-significant Porsche race cars of all time, the revolutionary 956 that won the 1983 24 Hours of Le Mans, will be offered at auction by Gooding & Company during its Pebble Beach sale in August.

The 1982 Porsche 956, chassis 003, had the most victories of the 10 such endurance racers Porsche built for Group C competition. The 956 and its successor, the 962, are regarded as the most successful line of racing prototypes ever produced, with 120 victories over a 13-year span, Gooding notes in a news release.

The Porsche 956 was developed by Porsche and engineer Norbert Singer at the automaker’s motorsport facility in Weissach, Germany, using a then-unique aerodynamic principle known as ground effects to boost downforce. The success of the 956 changed the landscape of prototype sports cars.

With a pre-auction estimated value of $7 million to $9 million, the Porsche 956 should be one of the highlights of this year’s collector-car auctions in and around the Monterey Peninsula.

In describing the highlights of the racing career of the Porsche, Gooding said:

“The illustrious racing career of 956-003 started at the 1982 24 Hours of Le Mans when driven by Jochen Mass and Vern Schuppan, it placed second overall as part of a Porsche sweep of the top three positions. After that fantastic initial result, this 956 went on to win the next four races in which it was entered and was piloted by the best drivers of the era including Jacky Ickx, Jochen Mass and Derek Bell.

“In 1983, 956-003 was again pressed into duty as one of three cars entered by the Porsche factory team for the 24 Hours of Le Mans. For this all-important race, Vern Schuppan was paired with Al Holbert and Hurley Haywood, American drivers with lifelong connections to the Porsche marque and winners of multiple championships. After 24 hours of grueling competition, 956-003, with Al Holbert aboard, crossed the line in first place, 63 seconds ahead of the 956 of Bell and Ickx in one of the most thrilling finishes in Le Mans history.”

Porsche’s resounding 1-2 victory at this year’s Le Mans, the marque’s 17th outright win, is expected to focus attention on the sale of this historic endurance racer at Gooding, which holds its auction August 15 and 16 at Pebble Beach adjacent to the 65th annual Pebble Beach Concours d’Elegance on August 16.