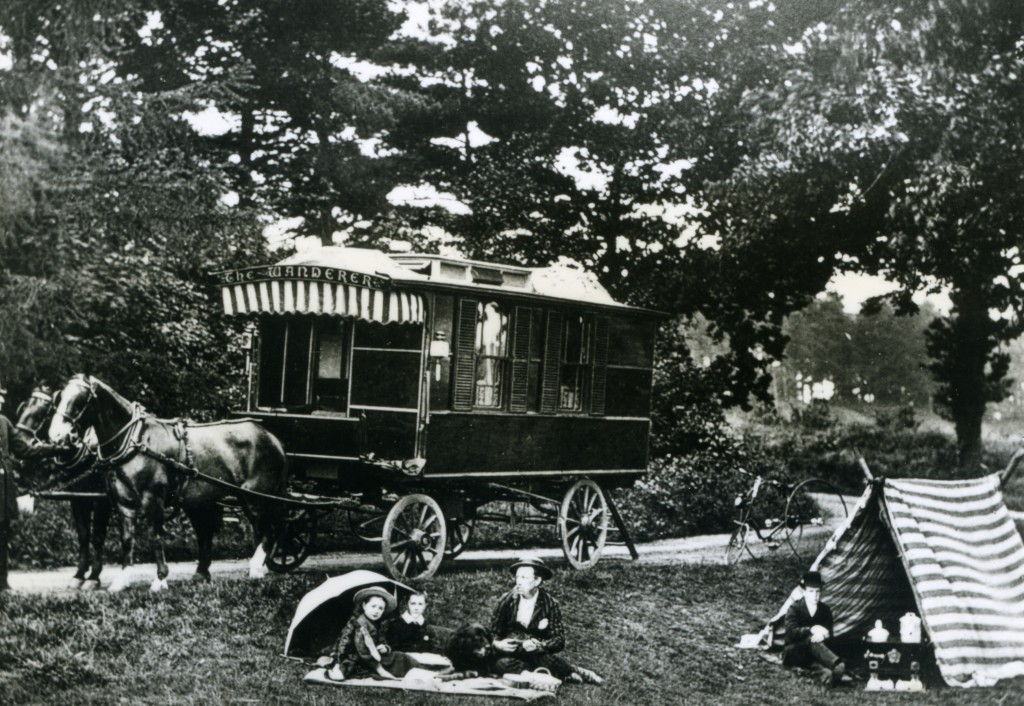 June marks the 130th anniversary of the maiden voyage of what is believed to be the world’s first “caravan” or recreation vehicle, The Wanderer, a horse-drawn camping trailer owned by physician and Victorian author William Gordon Stables. It was in the summer of 1885 that Stables traveled some 1,400 miles and recorded his journey in detail in The Cruise of the Land Yacht Wanderer.

Stables’ trip is being celebrated with the first public display of photographs and illustrations of the caravan at the National Motor Museum, Beaulieu. The Wanderer was bequeathed to The Caravan Club of the UK in the 1960s by Stables’ daughter, and it is on display at the club’s facilities at Broadway, Worcestershire.

“William Gordon Stables was a true adventurer, with a pioneering spirit and a genuine appreciation of the great outdoors and the benefits the natural world brings to mind and body,” Nick Lomas, director general of The Caravan Club, said in a news release from the Beaulieu museum.

To Caravan Club Collection also is sharing reports on Stables’ journey through its twitter account @TheCCCollection and through the #Wanderer130 hashtag.