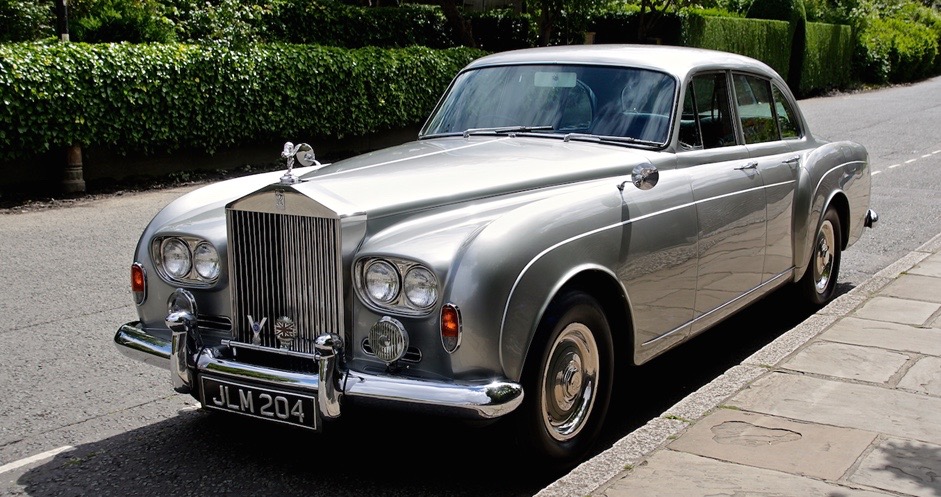 H &H may not have the name recognition in North America of a Bonhams or one of the other big British classic car auction houses, but the company has been in business since 1993 and has an international reputation for high-dollar vehicles.

Its next sale is Saturday (June 20) in conjunction with the Rolls-Royce Enthusiasts’ Club annual concours and rally at Burghley House in Lincolnshire, England, where the docket will include several Rolls and Bentleys among other vehicles.

“This year, significant pre-war entries include the 1933 Rolls-Royce Phantom II Sedanca De Ville by Windovers, a well-known car in society circles of the time, and a 1923 Rolls-Royce Silver Ghost carrying ingenious painted ‘wood-effect’ shooting brake coachwork from a car once owned by the future Edward VIII, one of the earliest ‘woodies,’ “ H&H said in its pre-auction news release.

Also being offered is a 1931 Rolls-Royce 20/25 Sports Saloon formerly owned by Antonio Cabeza de Vaca, father of famed Spanish racer Alfonso, more widely known as the “Marquis de Portago,” who died in the last Mille Miglia. The ’31 Rolls originally was displayed at the Paris Salon and has won best in show honors in the UK.

Another of the star cars of the sale is one of 17 Bentley Mk V models completed before the start of World War II. The car has Park Ward coachwork and originally was sold in 1940 to Jack Barclay, and thus its JB1 British registration.

The sale also includes one of only 52 Rolls-Royce Silver Cloud III models with Mulliner bodywork. The 1964 model going to auction may be the most original and lowest mileage of the survivors, showing only 37,000 miles from new, H&H reported.