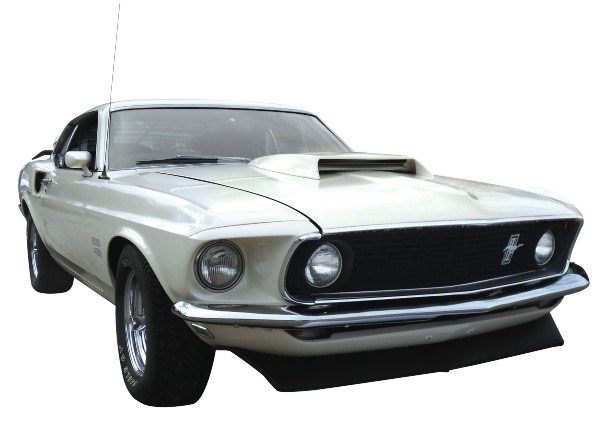 ‘I didn’t know Ed had all these cars,” was a common comment as people in Clarinda, Iowa, population 5,500, attended the preview of the recent Rich Penn Auction to disperse the car and automobilia collection of the late Ed Nordland.

But quietly, Nordland had built his collection over the decades, and for 20 years had been the owner of one of only 271 1969 Boss 429 Ford Mustangs. That Mustang was the star of the sale, attracting not only locals but bidders from distances. The car eventually was hammered sold for $174,000 (price does not include buyer’s fees).

The sale included more than 60 classic vehicles — more than a dozen of them Mustangs.

“We started talking to Ed about selling his cars and memorabilia early in the spring of 2014,” Penn said in a news release after the sale. “Ed wanted to have an auction and do it in a way that was good for his community. Over the following months, working with the Iowa Street Rod Association, we put together a plan to do all the things he wanted to achieve.

“Early in October of last year, we were supposed to be in Clarinda to start photography and cataloging. Four days before we were to arrive, Ed had a stroke and passed the following day.

“He would have loved to have seen the auction and all the excitement it brought to Clarinda. It was a bittersweet weekend.”

Nordland was a local businessman who lived his entire life in the community in southwestern Iowa, just above the Missouri state border and tucked up close to the West Nodaway River. Nordland’s son, Andy, worked with Penn on the sale after Nordland’s death.

“Andy stepped in and picked up the torch and together we got it done just like Ed wanted,” Penn reported. “I know he would have been proud.”

On the first of the two-day sale, guest auctioneer Fred VanMetre walked through more than 700 lots of signs, pedal cars, auto parts and some 20 vehicles “needing various amounts of love,” according to Penn.

More automobilia opened the second day, including more signs and pedal cars, before the real cars were offered.

Penn has two upcoming sales: July 18 when it offers the John Deere collection of Dean Stump, and August 7 he does a petroliana auction at the Iowa Gas Swap Meet in Des Moines. For details, visit the Rich Penn Auctions website.