Events this weekend and ideas for Father’s Day 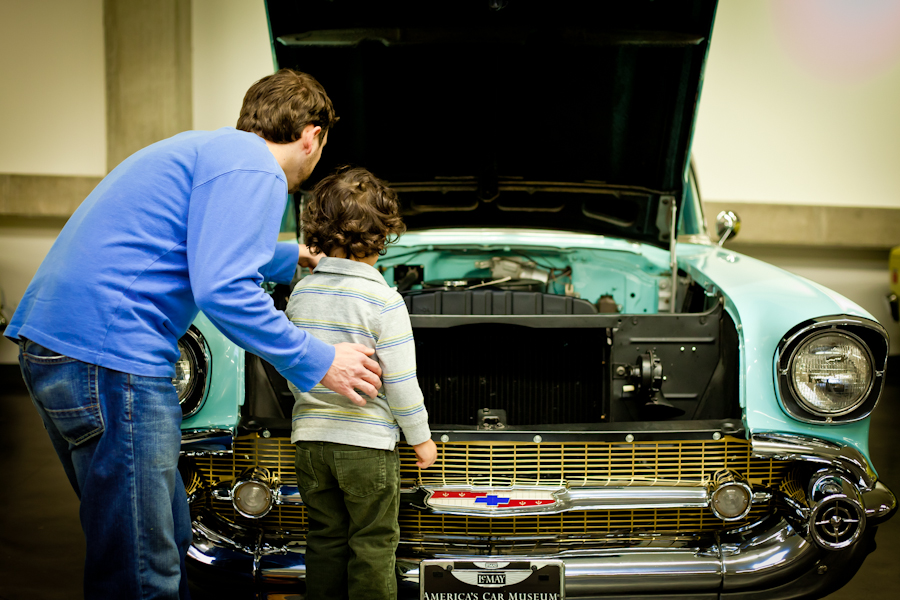 This weekend, June 12-14, is the Elegance at Hershey, sponsored by the AACA Museum, located in Hershey Pennsylvania, with the Keno brothers as grand marshals. During the event, the 1964 James Bond 007 Aston Martin DB5 used in the movie Goldfinger, will be on display. The Concorso Bizzarro will take place from 10 a.m. until 3 p.m. Saturday and showcasing the weird and wacky that makes up some interesting mechanical misfits.

Registration also is open for the Carnival Car Show scheduled for June 20 at the AACA Museum.

At the Auburn Cord Duesenberg Automobile Museum, a 1929 Cord L-29 will be on display as part of the “If these cars could talk” exhibit. Visitors will have the opportunity to learn about why the Cord L-29 chassis was such a revolutionary build for the time. Presentations will take place at 11:00 a.m. and 3:00 p.m. Saturday, June 13 at the museum in Auburn, Indiana.

Available through June 21st, Father’s Day membership packages are available at the LeMay, Americas Car Museum, in Tacoma, Washington. The Father’s Day membership package includes a personalized driver’s license, speed zone voucher, and an ACM member license plate frame. From June 15-21, visitors are encouraged to stop by the LeMay and checkout the special golf cart display. From June 16-24, the LeMay will open the hoods on 100 selected cars at the museum.

Celebrate Father’s Day at the Blackhawk Museum in Danville, California, by attending the Father’s Day car show Sunday, June 21. The show is open to all cars but you must register in advance on the museum’s website. Scotts, the museums caterer, will serve its annual Father’s Day brunch in the museum’s dinning gallery. Reservations are recommended.

In addition to the festivities, the museum store offers a Father’s Day sale with 10 percent discount on all the items in the store. Members of the museum will receive an additional 10 percent off.

At the Simeone Foundation Automotive Museum in Philadelphia, Pennsylvania, all dads get in free on Father’s Day with the purchase of one regular adult ticket. This Saturday, June 13, the Simeone is presents its monthly  demonstration day under the theme, “Listen to the Music: Supercharged Greats” featuring four iconic supercharged sports cars from the 1920s and ‘30s.

The California Automobile Museum also offers dads free admission on Father’s Day. A dad’s day card-making station will also be available in addition to rides to Old Sacramento in classic cars, and visitors are encouraged to check out the new Mustang vs. Camaro exhibit. Also on Father’s Day, if you own a classic, you are encouraged to drive it to the museum and show it in the parking lot.

Hoods will be up on selected cars and trucks for Father’s Day weekend at America on Wheels Museum in Allentown, Pennsylvania, with dads admission half off on Father’s day.

The Kansas City Auto Museum, located in Olathe, Kansas, celebrates its one-year anniversary alongside Father’s Day with a sock hop June 19 featuring a 50/50 raffle, food and drinks, best dressed contest, live music by KC Aces, and movies at the drive in. The following day, June 20, is family fun day at the museum with a car show, music, ride alongs, face painting, a barbeque food truck, and movies at the drive in.

Sunday, for Father’s Day, fathers get into the museum for free and a seminar will be held on how to detail your car.

June 20-21 at the Owls Head Transportation Museum in Owls Head, Maine, features a two-day All-American Auto Meet. All pre-1995 vehicles and organized clubs are welcome to show. The museum will also welcome the international Willys-Overland-Knight tour featuring approximately 40 pre-1940 vehicles. Additionally, the Museum’s 1923 Fokker C.IVa, 1930 Travel Air Speedwing and 1917 “Checkerboard” SPAD and more will be out flying. Special guest David Liepelt, conservator at the Henry Ford Museum and a foremost expert in the Willys-Knight-Overland marques, will present a talk on the history of the vehicles as part of the show.

The Coventry Transport Museum in England had originally set a date for this weekend to attempt to break the Guinness Worlds Record for the largest parade of classic cars and the largest parade of Jaguar cars. However, it has been postponed to a later time to give classic car owners more time to get involved. No date has been set for when the record attempts will be held.