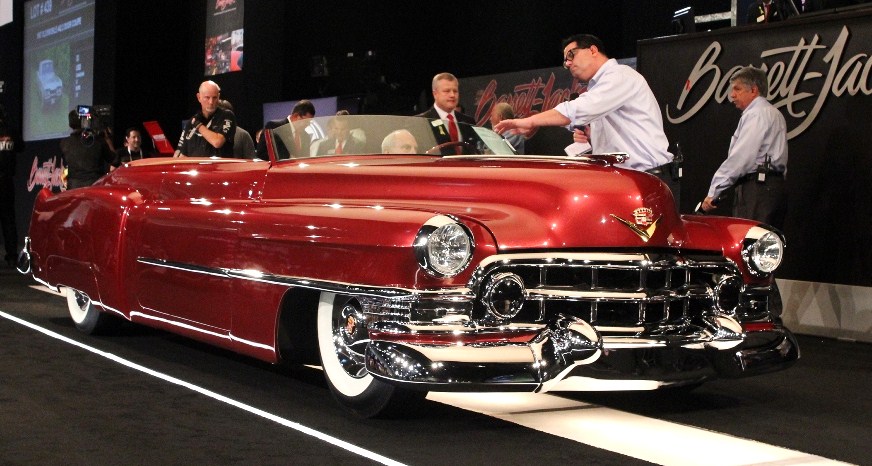 Barrett-Jackson will move its Hot August Nights auction to daytime hours to allow the crowds to attend both the bidding and the evening hot-rod events in the Reno and Sparks, Nevada, area.

The change in hours for the third annual auction reflects the nature of Hot August Nights, according to auction chairman Craig Jackson, because much of the cruising, car shows, concerts and get-togethers happen after dark.

“We have learned that people want to leave at night and go out and play at Hot August Nights,” Jackson said. “So we moved the times earlier and a little shorter so that we weren’t running people’s cars when people wanted to go out on the town.

Hundreds of thousands of car fanatics flock to the Reno area for Hot August Nights, which has grown into one of the major hot-rod, custom and classic car events in the nation. This year, the cruising at Reno, Sparks and nearby Lake Tahoe starts August 4 and continues through August 9.

The Barrett-Jackson collector car auction takes place August 6-8 at the Reno-Sparks Convention Center, now during the afternoon. The tentative schedule for live TV coverage on the Velocity and Discovery channels will be 1 p.m. to 6 p.m. on August 6 and 7 and noon to 6 p.m. on August 8.

The custom-car competition for the Barrett-Jackson Cup, a highlight of the week with more than $100,000 offered in cash and prizes for the winners, will take place as usual but with a slight alteration designed to build suspense.

“All the (competing) cars will be downtown as always except after they’ve picked the top 25, we’re going to bring them up to the auction site rather than just the five (finalists) we’re picking from,” Jackson said. “So nobody will know what the top five are.

“Now it won’t be, ‘Oh, I already know the top five.’ Now, everybody will have to come down and see what the top five are and the Ultimate Winner.”

The Ultimate Winner and the four runners up will be announced on Saturday (August 8) at the auction.

Jackson noted that the Hot August Nights auction is a relatively new event and details are still being worked out.

“It’s all a work in progress,” he said. “It’s the only venue we’ve ever done where we’re part of another event. So it’s been an interesting learning curve.”