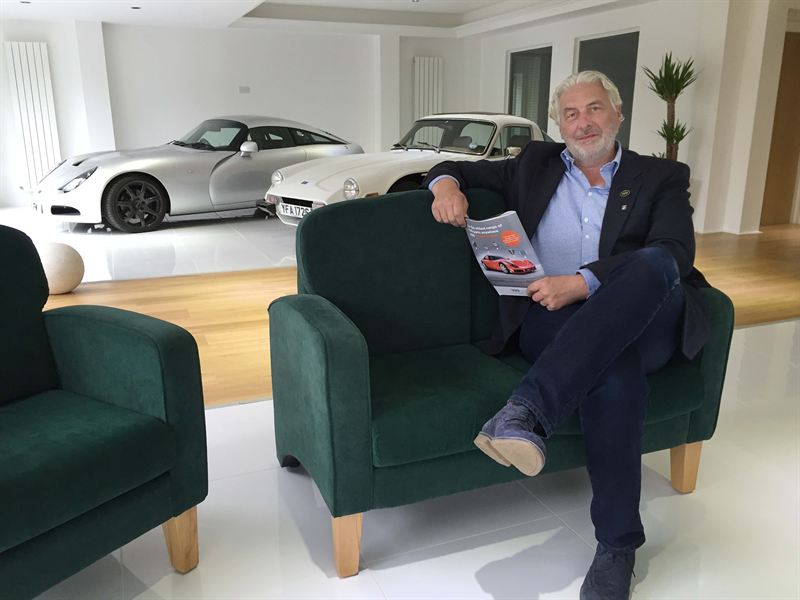 Let me state from the start that I love low-production British car brands. Aston Martin, Jensen, Alvis and Morgan are all brands that I hold dear to my heart.

The biggest problem of many of the cars from these marques is that they tend to be quite expensive when compared to their higher-production counterparts from Jaguar, MG, Triumph and Austin Healey.

However, there is one alternative that combines the exclusiveness of a low-production British sports car with affordability, and that is TVR.

It was a sad day for me when TVR closed the doors of the Blackpool factory in 2006, the end of an era for the affordable, low-production, and exclusive British brand.

But Wednesday morning, TVR, under new ownership — again — released an announcement that it is back in business and planning a new car, a car with some well-known names involved in its design and development.

According to the new release, TVR, “boasts an outstanding new management team, has developed the new car in collaboration with Gordon Murray Design and Cosworth, each providing much of the core design and engineering capability for the all-new TVR. This incredible project is already well advanced with over a year of development completed so far.”

This marks a new era for a company that despite its struggles with the business of car manufacturing somehow seemed to be able to build fantastic cars, offering best-of-market performance and outrageous styling.

TVR said it will issue more specification details and images of the new car later this year, but added that the new TVR will continue the tradition of a classic British two-seat sports car with a composite ground-effect aero chassis and body package using Gordon Murray Design’s innovative iStream technology.

Fans of the marque also will pleased to know that the car will feature the traditional TVR DNA of a front engine with rear-wheel drive and a manual transmission and will be powered by a normally aspirated V8 engine that has been developed and engineered by Cosworth.

“We know that a new TVR has to be better than just good – it has to be outstanding,” TVR chairman Les Edgar is quoted in the news release. “From the outset we only wanted to work with the best partners in the business, and both Gordon Murray’s and Cosworth’s track records within motor sport and high-performance car design and engineering speaks for themselves. Gordon Murray Design and Cosworth are the perfect partners for TVR and together, we will deliver a truly exceptional new car.”

Production is planned to begin in 2017, with the car offered at a competitive price point and consistent with TVR’s positioning in the past. TVR has prioritized the company’s position as an all-British institution; the cars will be produced in a new UK factory.

According to Gordon Murray,“TVR is an iconic brand which has been an important part of British sports car manufacturing for many decades. Its return to manufacturing is an exciting development and the car deserves the best chassis and powertrain that can possibly be delivered.”

(P.S. If you are as big a fan of TVR as I am, keep your fingers crossed. I just bought a 1977 TVR at Carlisle and would love to see this important and storied brand back in business.)