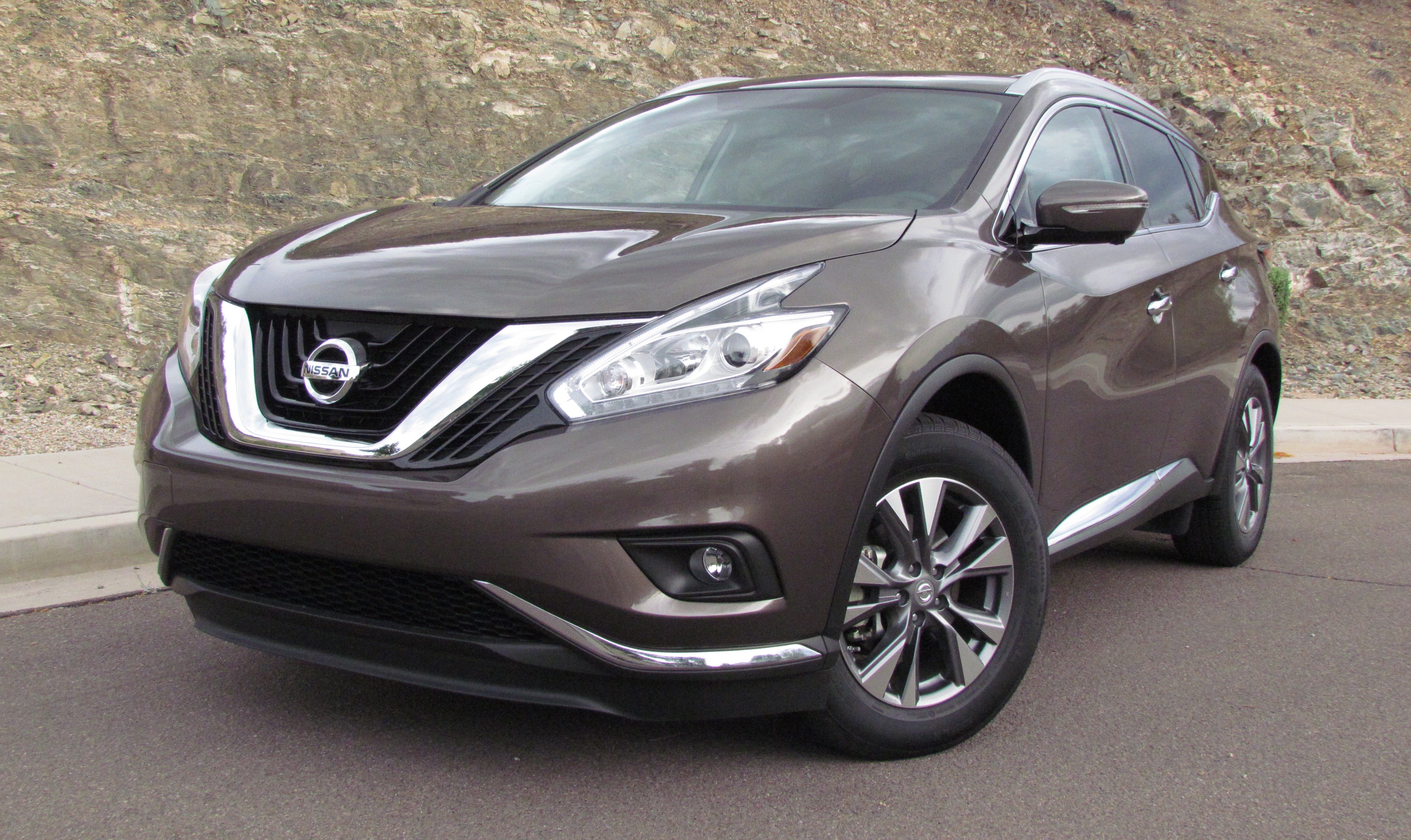 It was a dozen years ago that I wrote that the newly introduced Nissan Murano was perhaps the most creative answer to an automotive question since Nissan launched its rugged but compact all-activity vehicle, the Xterra. That original Murano was stylish — remember those huge, wrap up around the rear quarter-panel tail lamps? — practical and spunky, in large part because it shared its underpinnings with Nissan’s sporty sedans, the Altima and Maxima.

Six years later, Nissan launched the second-generation Murano. Those impressive tail lights were gone, but now there was a dramatic new grille up front as well as more power under the hood and an upgraded interior with such features as a moonroof over the second row as well as the first, a power rear liftgate, high-end audio, “gather-leather” seating and wood and aluminum interior.

Now comes the third-generation Murano and, well, frankly I’m confused. The badging says “Nissan” but the accoutrements seem more luxurious than I’d expect from the company’s basic brand. Indeed, the new Murano could be at home on the showroom floor of Nissan’s upscale luxury brand, Infiniti.

The leather, the interior room, the various details all seem more upmarket, and yet the base price on the 2015 Murano SL that I’ve been driving is $36,950, which is less than 2 grand more than the first Murano I test drove a dozen years ago.

The driver’s seat has 8-way power and the front passenger has 4-way power adjustment. Both front seats are heated. The passenger’s side also gets its own HVAC adjustment.

There’s a 9-speaker Bose premium audio system with satellite radio and with navigation displayed on an 8-inch color touch screen.

Eighteen-inch wheels are standard, as are LED head and tail lamps.

In addition to the usual array of airbags, there’s also an inflatable protection system for the driver’s knee. Problem is, however, that even with my short legs, my right knee was brushed the lower dash panel as I drove. The thought of a frontal collision, or of an airbag exploding millimeters from my patella, seem almost equally frightening.

Oh, I just realized I haven’t mentioned the new Murano’s exterior styling. It’s much more muscular and aggressive than before. The tail lamps again sweep up over the rear quarters, which themselves sweep up higher. The front fenders also have a strong, athletic arch.

Meanwhile, the front of the car is almost fearsome, so maybe you won’t have to worry about front-end collisions. People seeing the new Murano coming in their mirrors may simply choose to get out of your way.