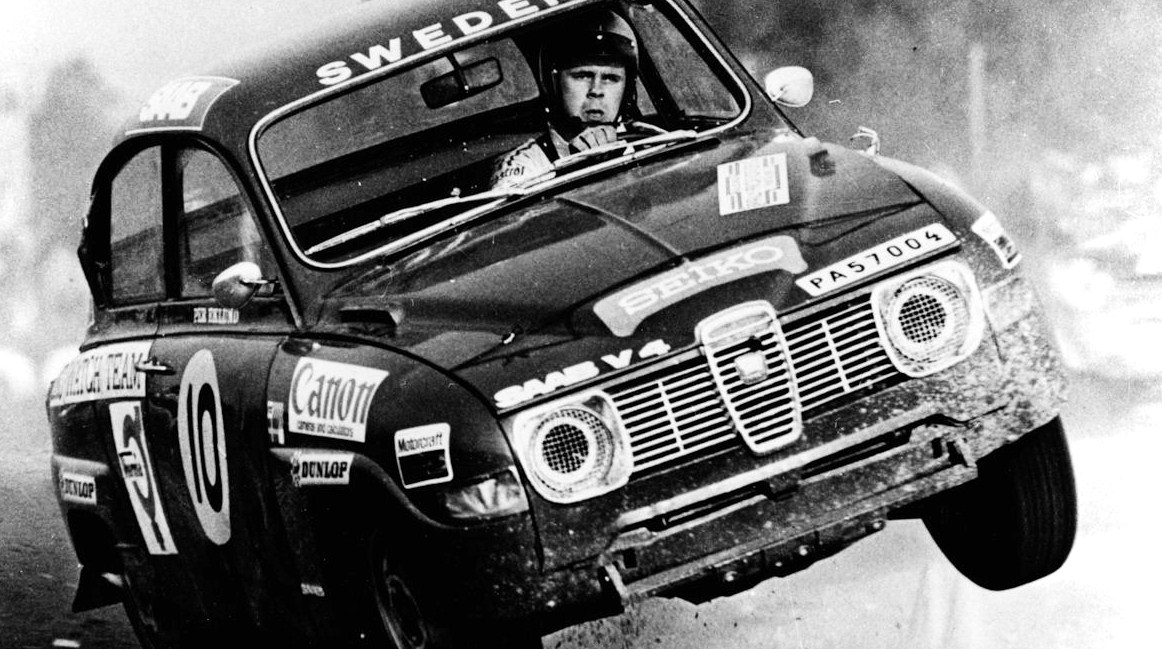 Erik Carlsson, who devoted his career to Saab and became one of the greatest rally racers of all time, has died in England at the age of 86.

Famous for competing in tiny Saab sedans with two-cycle engines and for winning against much more powerful and advanced rally machines, he was nicknamed “Carlsson On the Roof” for the times he landed cars upside down – or actually rolled intentionally – in vigorous rally competitions.

He later became known as “Mr. Saab” after his racing days when he appeared at numerous events as ambassador for the Swedish automotive brand and thus became well-known to an entire generation of automotive journalists. 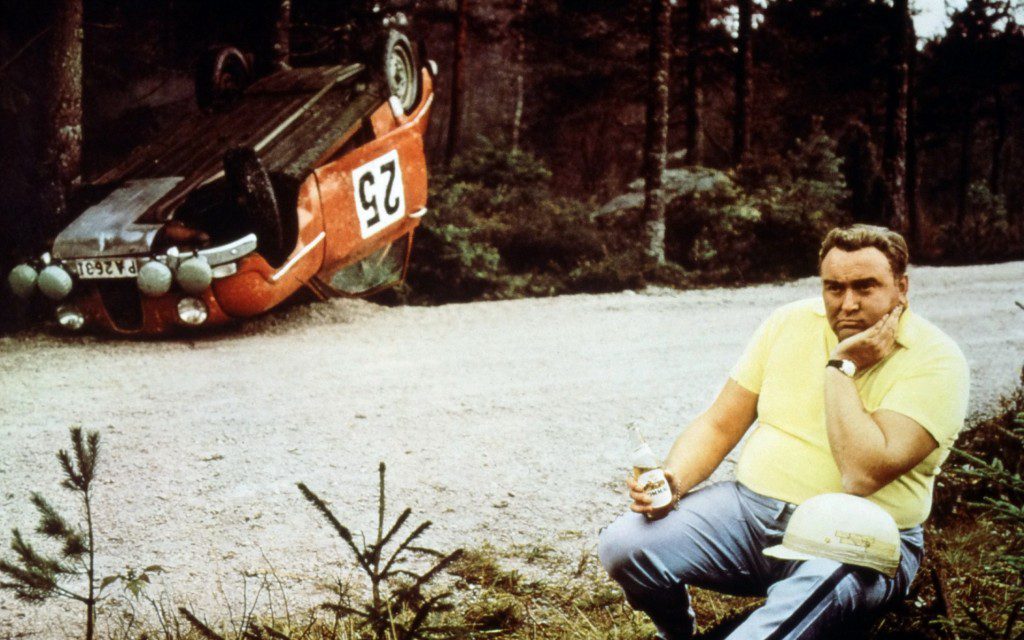 Carlsson was born in 1929 in Trollhättan, Sweden, significantly the home of Saab automobiles. He was married to Pat Moss, the sister of champion driver Stirling Moss and a rally star in her own right. She died in 2008. Carlsson and Stirling Moss were longtime friends.

Big and bearlike, Carlsson was much admired by fellow racers for his creative and sometimes unorthodox prowess behind the wheel, and for his ability at bringing what seemed like terminally damaged Saabs across the finish line. He is considered a national treasure in Sweden, where a postage stamp depicts a Monte Carlo Rally Saab 96 driven by Carlsson.

Carlsson started rallying in Trollhättan in 1952 with a second-hand Saab 92. Onlookers were impressed by his massively aggressive driving style as he won his class, despite having the battery come loose, resulting in a shunt through hedges onto a lawn.

After several years of rally victories, Carlsson burst onto the international scene by winning overall, in a Saab 96, the British RAC rally three years in a row — 1960, 1961 and 1962 — as well as the famous Monte Carlo Rally in 1962 and 1963. As well as bringing acclaim to himself as an extraordinary driver and rally superstar, Carlsson succeeded in putting a competitive spin on the Saab brand.

He won numerous international rally events, always in Saabs, until his professional retirement in 1967 due to chronic back pain, perhaps as a result of his punishing driving style and numerous crashes. He still took part in a few events through 1969, notably the Baja 1000.

The most remarkable thing about Carlsson’s racing career was that he was able to wrest victories through his own amazing natural driving skill, always hard on the throttle, always on the ragged edge — and often beyond — while competing in the least-likely rally racers on the circuit, cars powered by miniscule three-cylinder, two-stroke engines and later, small four-stroke V4s.

“You have to remember that wherever we went, we always had the smallest-engined car,” Carlsson said in a 2010 interview with Motorsportmagazine.com.