The Amelia Island Concours d’ Elegance ups its game once again with the addition of vintage motorsports to the March calendar of classic car happenings.

The Sportscar Vintage Racing Association announced Friday that it will join the Florida concours, one of the nation’s leading automotive events, with four days of historic racing at nearby Fernandina Beach Municipal Airport, where a 2.4-mile road course will be set up.

The SVRA racing in Florida reflects the famous vintage competition at Mazda Raceway Laguna Seca during the week of the Pebble Beach Concours D’Elegance in Monterey, California, every August. The Amelia Island Concours is considered second only to Pebble Beach, and the addition of the SVRA event brings it a step closer. 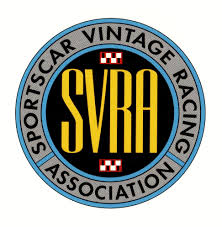 The Amelia Island Concours d’Elegance is scheduled for March 11-13 at the Golf Club of Amelia Island and the Ritz-Carlton, and the SVRA historic racing will take place on March 17-20.

Vintage race cars have become a powerful segment in car collecting, with rare and historic competition machines gaining top dollar at collector-car auctions. The events are a major draw for spectators who get the opportunity to witness great race cars from the past – antiques, pre-war classics, Ferraris, Bugattis, Porsches, Jaguars – out on the track where they belong.

The Fernandina Beach Municipal Airport hosted sports car racing for a brief time during the 1960s, and the SVRA organizers plan to gather cars in an invitation-only format that will reflect those days. The racing will include pre-war cars as well as those from the 1950s through the 1980s, according to the SVRA.

The SVRA will also break new ground with the addition of vintage motorcycle racing to the schedule. And one of the runways at the airport will be left open for demonstrations of vintage aircraft.

“I have raced with SVRA since its inception in the late seventies,” said Bill Warner, founder and chairman of the Amelia Island Concours. “Tony Parella (CEO of SVRA) runs a superb organization and brings to Amelia Island a world class racing event. It will be a perfect addition to March on Amelia Island.”