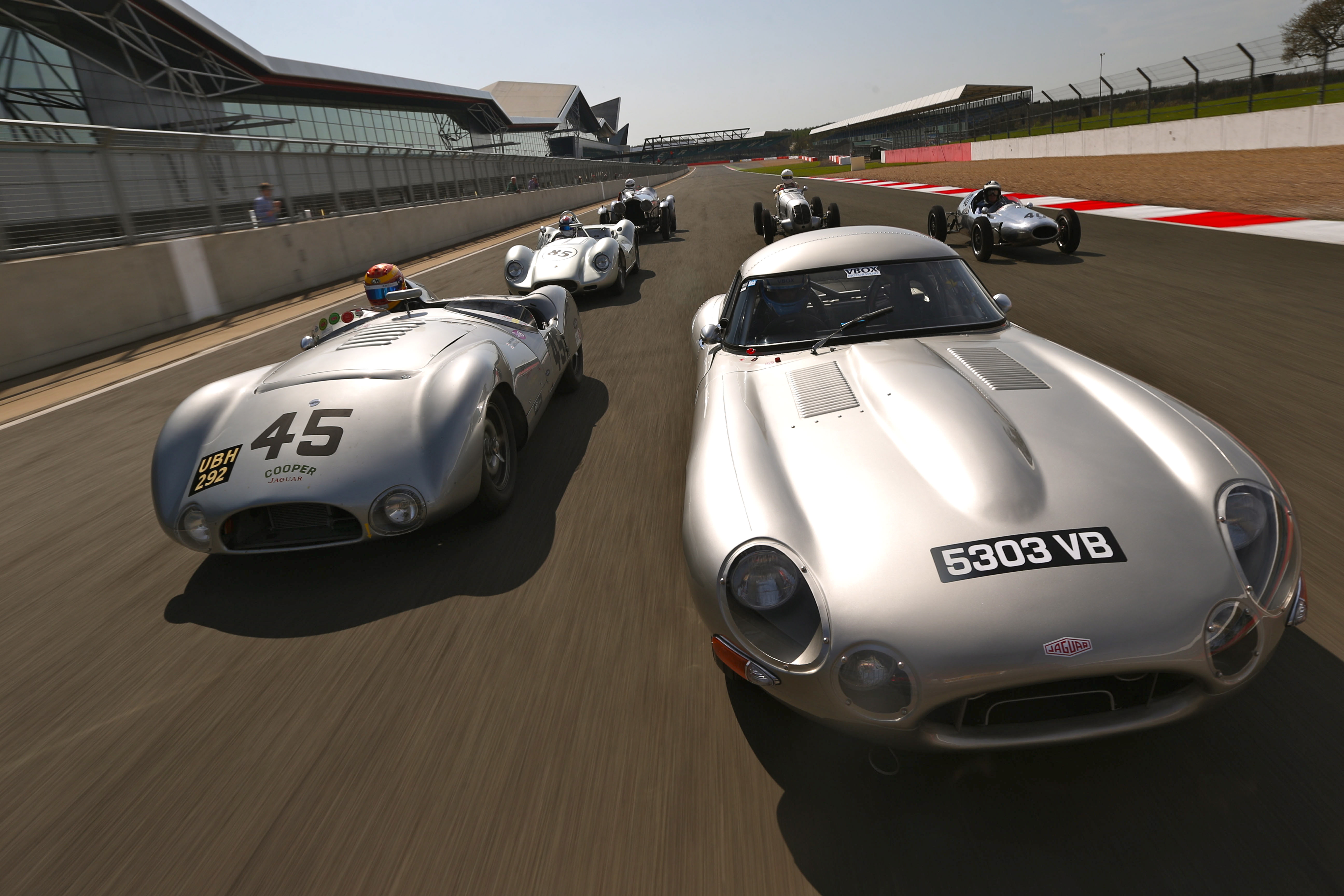 Hundreds of silver cars are expected to gather July 26 to help celebrate the 25th Anniversary of the Silverstone Classic with a Silver Jubilee parade on Silver Sunday.  The all-silver parade will take place on the Silverstone Grand Prix track, with the cars eventually parked in a special “Silver Zone” on the track.

While the celebration has attracted an array of vintage vehicles, such as a historic 1934 Austin Seven Special, anyone with a silver car is able to participate regardless of year, make or model. Everything from Ford Fiestas and Honda Accords will be alongside such brands as Alfa Romeo, BMW, Jaguar, Mercedes and others.

“Right from the very first event in 1990, the Classic has always set out to commemorate important motoring anniversaries with track parades, but this is something a little bit different,” said event director Nick Wigley. “For once it’s not limited to those lucky enough to own an E-type, 911 or F40 – it’s open to all those millions of motorists who simply have a silver car. We want as many people as possible to participate in our 25-year celebrations, and this is the perfect way to allow lots more to join the party.”

There is still time and space available for anyone with a silver car to register for the parade. The cost is £25 ($39) in addition to admission tickets for the overall event. An expected 100,000 people are expected to attend.

Mike Brewer of Wheeler Dealers fame is slated to host his car clinics live from the main stage.  There also will be a drift experience and many other attractions.

For more information or to purchase tickets, see the Silverstone Classic website.