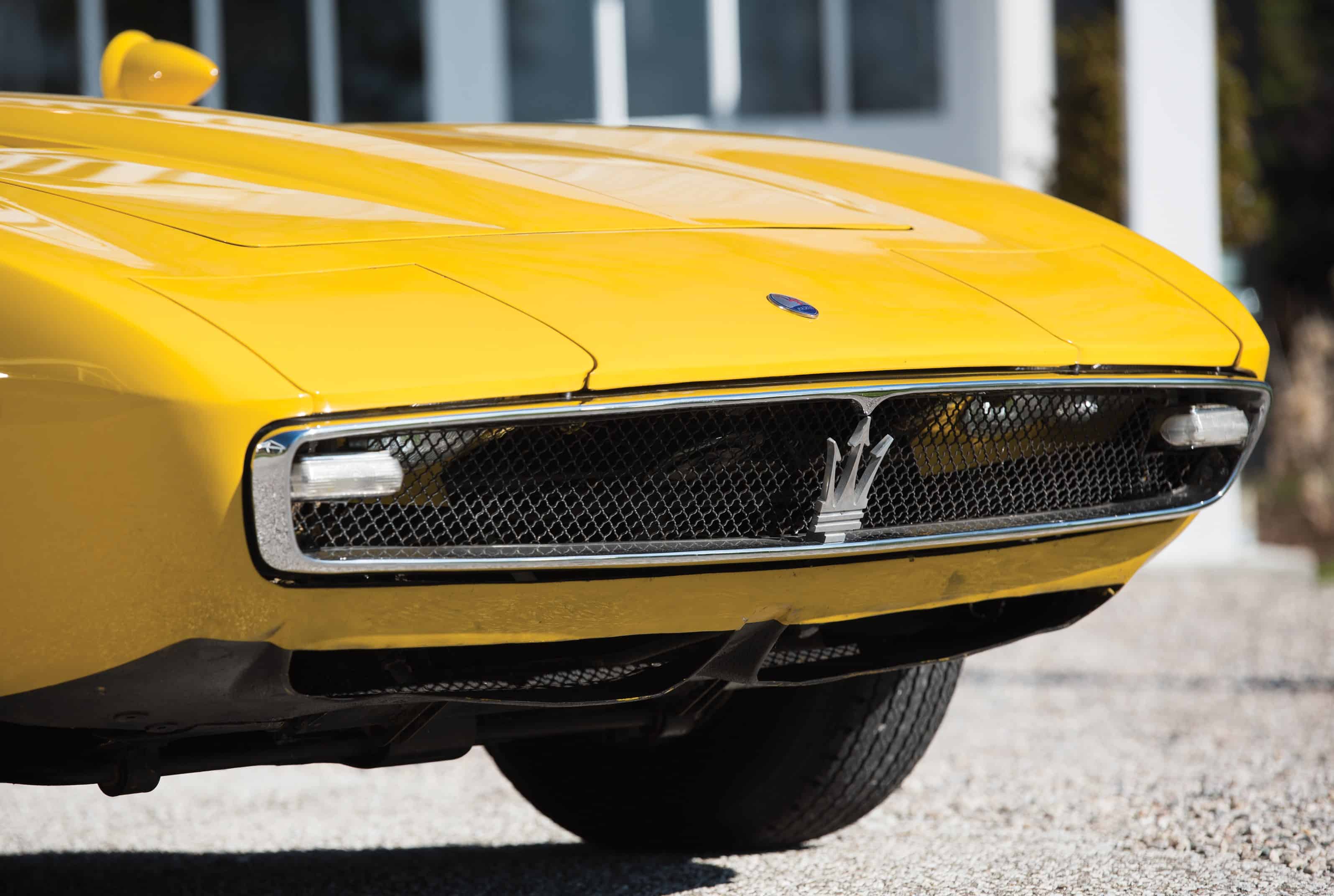 Two significant Italian sports-car prototypes, the first Maserati Ghibli Spyder and the original U.S.-spec Ferrari 365 GTB/4 Daytona, will be offered by RM Sotheby’s at its Monterey auction in August.

The 1968 Ghibli is documented as the first Spyder built, with some key differences from production models. The convertible, with VIN 1001, features styling by Ghia and wears its original color combination.

After being used by Maserati to develop and introduce the Ghibli Spyder, the prototype went to a private owner who drove it frequently in Italy for several years, and then sold it to an American buyer. In 1986, with just 41,100 miles on its odometer, the car went into storage, where it remained for nearly three decades, according to the auction description.

The Ghibli prototype was brought out of storage and recommissioned by a Maserati specialist, although it remains largely original, the description says. It debuted in 2014 and was shown at several major concours, where it won top awards and helped celebrate the 100th anniversary of Maserati.

“A piece of Maserati History, 1001 is undoubtedly the most significant Ghibli in existence,” said Ian Kelleher, managing director of RM Sotheby’s West Coast Division, in a news release. “Not only does it boast incredible historical value as the prototype used by the factory to develop the production Ghibli Spyder, but it also offers incredible looks, fantastic performance – thanks to its potent 4.7-liter V8 – and wonderful driving dynamics.”

The 1970 Ferrari 365 GTB/4 Daytona Berlinetta is also the first of its kind, the original Daytona coupe built by Ferrari for sale in the United States, although it notably retained the Perspex-covered headlamps as used in Europe.

As well as being the Ferrari prototype for the U.S. market, the Daytona carries an interesting history. The car was ordered by William Harrah’s Modern Classic Motors in Reno, Nevada, then a principal importer of Ferraris in the western United States, and is believed to have been used by Harrah – one of the greatest names in classic car collecting – as his personal car.

The Daytona also was a magazine-cover star, used by Road & Track for its initial test-drive review of the Daytona model, which ran in the magazine’s October 1970 issue.

The Ferrari has received a recent concours-quality restoration with its original Perplex headlight configuration, the auction says, and has an estimated value of $900,000 – $1,200,000.

“From an aesthetic perspective, the Ferrari Daytona was an instant styling icon, combining the sharp edges of 1970s along with the curves of the 1960s,” said Shelby Myers, car specialist for RM Sotheby’s, in the news release. “Its massive V12 engine rendered it the most powerful road-going Ferrari of its time; as an exhilarating high-speed, high-performance car, it embodied everything about Ferrari that a driving enthusiast cherishes.

“Chassis 13361 is perhaps the most compelling of its breed,” Myers added. “Not only is it the original U.S.-specification Daytona prototype, but it is freshly restored, matching numbers, and boasts a truly outstanding provenance.”

Last year’s RM Sotheby’s flagship sale in downtown Monterey, held at the Portola Hotel & Spa and Monterey Conference Center, achieved $143.4 million to become the highest-grossing collector-car auction of all time. The 2015 event will take place in the same location August 14-15 with about 150 premium cars offered.