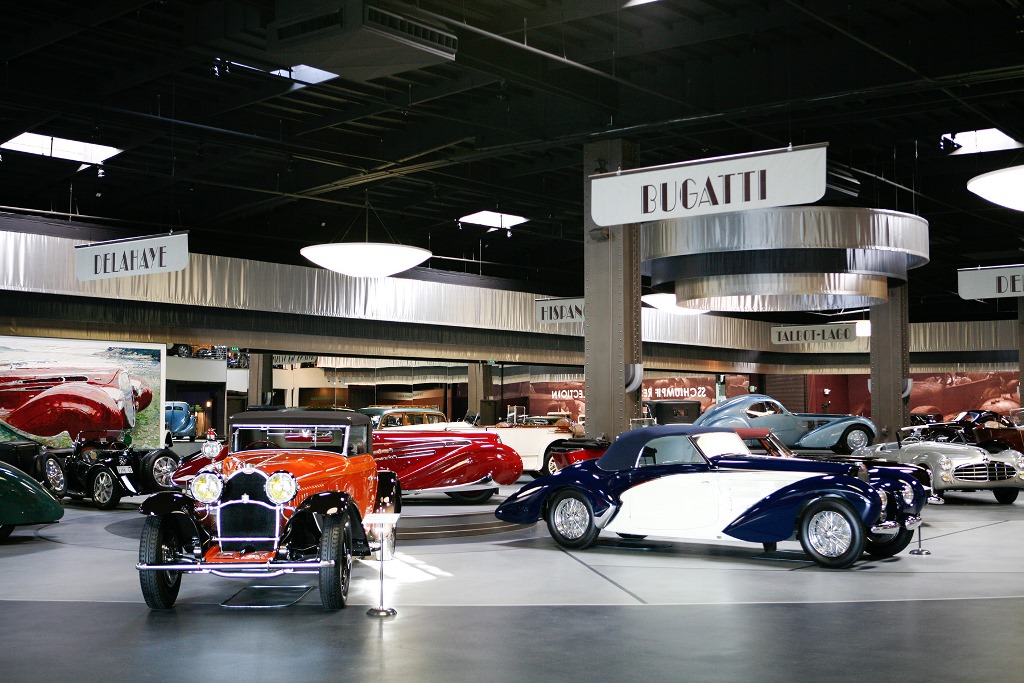 Admission will be free and there will be a mimosa for mom Sunday at the California Automobile Museum, which also will have mom-themed activities for children as part of its 10 a.m. to 6 p.m. Mother’s Day celebration.

The museum also wants to know which side are you on inits new exhibit, which will feature Mustangs and Camaros.

“While it is part of the larger competition between Ford and Chevrolet, the consistent back and forth improvements, or downfalls, between these two pony cars make this rivalry stand out above the rest” said Carly Starr, museum curator. The Mustang verses Camaro: What side are you on?  runs June 20 to October 18.

Saturday, May 9, 50 years after the Shelby Cobra Daytona Coupe helped Carroll Shelby and the Shelby American team become the first American Car Manufacturer to win the World Manufacturers Championship, the car’s designer Peter Brock, and the actual Daytona Coupe CSX2299 that achieved the best racing record in its winning 1965 season, will be reunited at the Blackhawk Museum. Additionally, Peter Brock will be speaking that day in the speaker series. The speaker series will start at 10:30 a.m., after Peter Brock will be avalible for an autographing session. During this time, the Second annual Carroll Shelby Memorial Classic Car Show will open at 10:00 a.m. and the awards portion of the show will be announced at 1:35 p.m..

Meanwhile, the Gilmore Car Museum hosts its annual Dust Off event tomorrow (May 9). This is the first car show of the season at the museum. All makes and models are encouraged to be taken out of garages and dusted off for the event. Admission for non-members is $12 per person, show cars are $8 per person.

The Gilmore also has opened a new exhibit showcasing the rarest and most sought-after performance cars of the 1960s and ’70s in a one of a kind “dream garage.”Included in the “Mid-Century Performance”exhibit are a 1967 AC Cobra, a 1969 Dodge Charger Daytona and a 1970 Pontiac GTO Judge. Original Art from Art Fitzpatrick will be featured alongside the cars as well.

Tomorrow (May 9) also is demo day at the Simeone Museum, which this month exercises French sports cars including a Bugatti 57G Tank, Delahaye 135S and Talbot-Lago T26 Grand Sport, all of which were winners at Le Mans.

From May 9-24, the Saab Racing Spirit Lives at the Simeone museum with an exhibit featuring cars from a collection owned by Bill Jacobson of Sports Car Service. The exhibit includes two Quantum racers from the Vapaa Vintage racing group, the 1999 9-3 winner of 2015 14-hours of Road Atlanta and many others. A launch party is scheduled May 9 from 6:00 to 9:00 p.m. with guest speakers including Jack Lawrence of Motor Sport Service and Jack Baxter of S&J Automotive.

The Pennsylvania Ferrari Concours d’Elegance is scheduled May 17 at the Simeone with more than 150 cars from the Ferrari Club of America expected.

The Mullin Automotive Museum has launched a new membership club called the Mullin 1000 Club. This is the museum’s first exclusive membership club and offers four packages at different price points.

“The Mullin 1000 Club is a new way for the Museum to say ‘thank you’to both our regular visitors as well as new visitors, and also help us in our efforts to continue honoring the magnificent art and designs that came from the Art Deco era,”said Peter Mullin, the museum’s founder and chairman. “We hope members of the Museum will enjoy these unique new benefits and experiences we are offering.”

The featured car for May “If These Cars Could Talk”event at the Auburn Cord Duesenberg Automobile Museum is a 1907 Kiblinger Runabout, which was made in Auburn, Indiana. Special presentations of the car will take place at 11:00 a.m. and 3 p.m. Saturday, May 9,, and on Sunday the 10th, the museum will offer free admission to DeKalb County residents.

After a successful opening weekend, the World of Speed Museum hosts its first Drive-In movie night May 23, showing Winning: The racing Life of Paul Newman.

The Pacific Northwest Concours d’Elegance, scheduled for September 13 at the Le May, America’s Car Museum will include  an eclectic set of vehicle classes, including“Working Guys”Trucks, Customs and Lead Sleds, as well as Super Cars. The ACM invites sports and vintage vehicle owners to join its Tour d’Jour on September 11; it’s a 100-mile cruise through the back country of Puget Sound. The museum will host a Dinner d’Elegance with a silent and live auction September 12.

“The Pacific Northwest Concours attracts attendees from all over the country, so we wanted to bring in a variety of vehicles for everyone to enjoy,”said David Madeira, ACM president and chief executive.  “Fans can count on seeing classics like Rolls Royce, in addition to unconventional concours vehicles such as panel and delivery trucks in the ‘Working Guys’Truck class, and cool hot rods/street rods in the Customs and Lead Sleds class.”

Also, every second Thursday through October, rain or shine, the museum will host a cruise-in. The next one is May 14 from 5:00 to 8:00 pm. These cruise-in’s are free and anyone can participate. The ACM remains open until 8 p.m. on ruis-in nights.