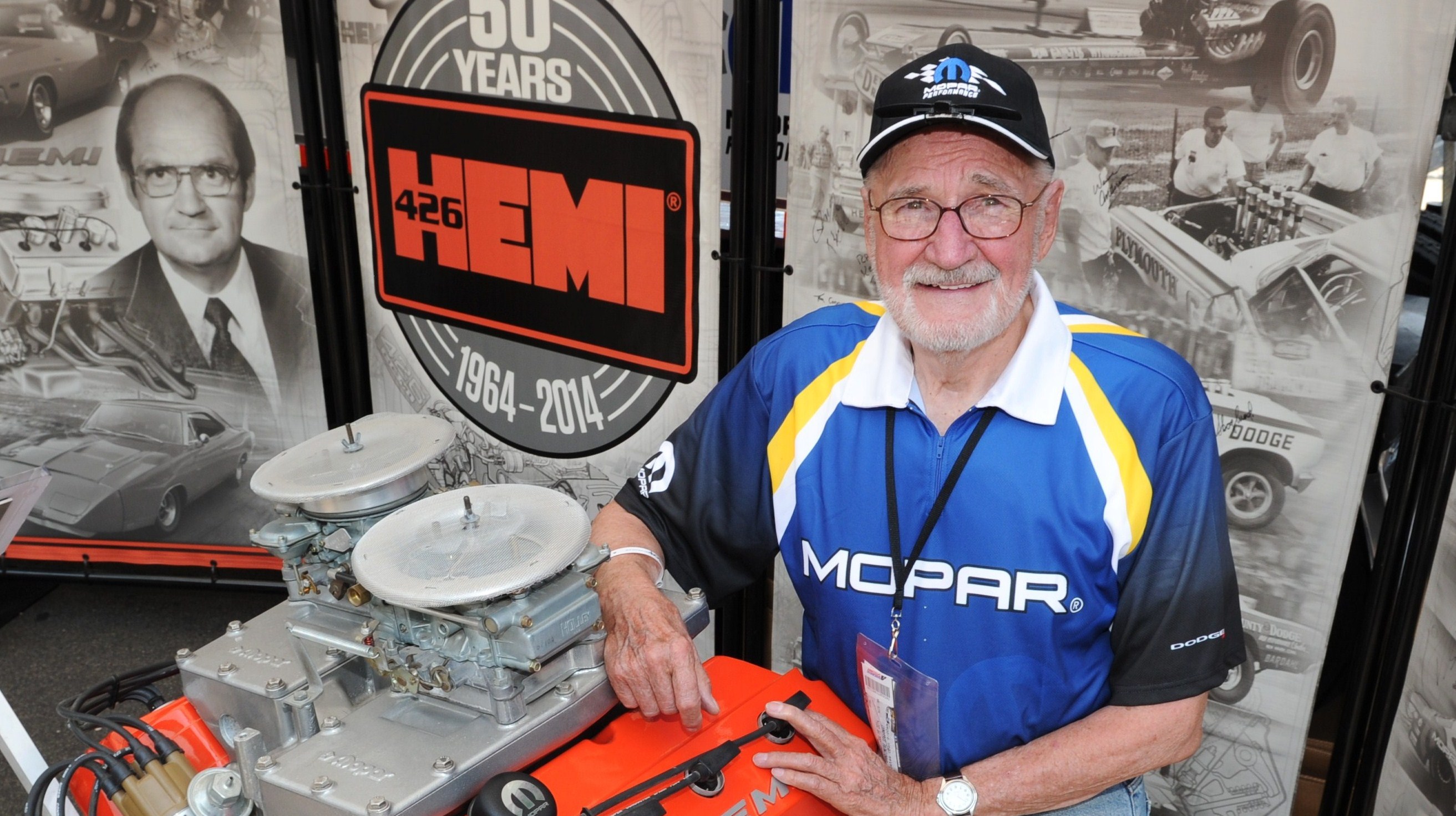 Tom Hoover, the “godfather of the 426 Hemi” who led a team of Chrysler engineers to develop the automaker’s signature racing engine, has died at the age of 85 after a long illness.

Hoover was a founding member of the famed Ramchargers drag-racing team of fellow engineers, and he had earlier helped create the mighty Max Wedge big-block V8. So his performance vision was already well-established when he was assigned in April 1963 by Chrysler chairman Lynn Townsend to create an engine that would win NASCAR’s Daytona 500 in 1964.

Hoover established a “skunkworks” team that took Chrysler’s existing hemispheric-head V8 and transformed it into the powerful and durable 426-cid Hemi in less than a year. It dominated the 1964 Daytona race, taking the top three spots with the legendary Richard Petty coming in first after setting a speed record and lapping the entire field of racers.

The Hemi went on to power generations of muscle cars and racers and remains one of Fiat Chrysler’s highest-profile products. In the world of Dodge and Plymouth collector cars, it’s the four-letter word that significantly boosts values.

The automaker, where Hoover worked as an engineer and designer from 1955 through 1979, posted an obituary for Hoover on its website.

“Tom was the true technical engineer driving the details of the original 426 Hemi design, preparing it for the success on the street and in racing to this day,” Bob Lee, who heads powertrain development for Fiat Chrysler in North America, said in the obit. “He was one of the best ever.”

In recent years, Hoover has made appearances for Chrysler – in April 2014, he was guest of honor in Las Vegas at the 50th anniversary celebration for the 426 Hemi racing engine – and continued his performance enthusiasm by joining with his son in vintage drag racing a ’64 Dodge powered by a Max Wedge engine.

“Tom Hoover was an exceptional human being and an engineering genius that always wanted to go faster,” said Pietro Gorlier, president and CEO of Mopar Brand Service, Parts and Customer Care. “Today, at Mopar, we continue to live and honor Tom’s vision. He’ll be missed.”

Read about the development and birth of the 426 Hemi in last year’s exclusive ClassicCars.com interview with Tom Hoover.