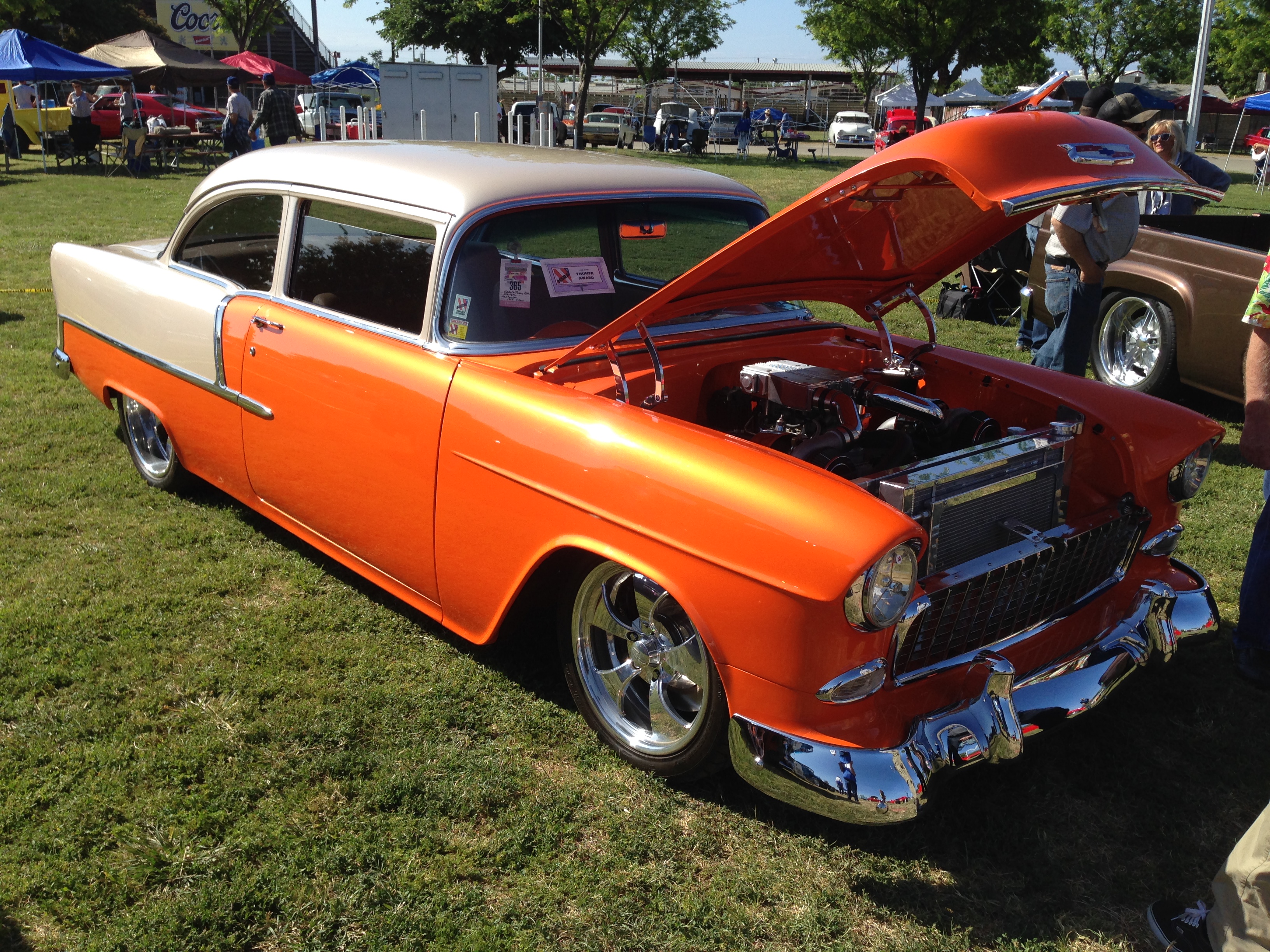 A 1955 Chevrolet 210 owned by Fred and Terry Ede of Sanger, California, has won the “Thumpr Award,” given by the National Street Rod Association and Comp Cams at the Western Street Rod Nationals held last week in Bakersfield, California.

The “Thumpr” is a subjective award given out at each show that is given to a vehicle that is obviously very powerful and causes heads to turn when it passes by.

The Edes’ car is powered by a 430-cid Rodak twin-turbo V8 engine. The car was shop built but enjoyed by this husband and wife team. According to Fred, the car has 800 horsepower at five thousand rpm’s. “It looks like a sleeper; no one expects it to be fast.”