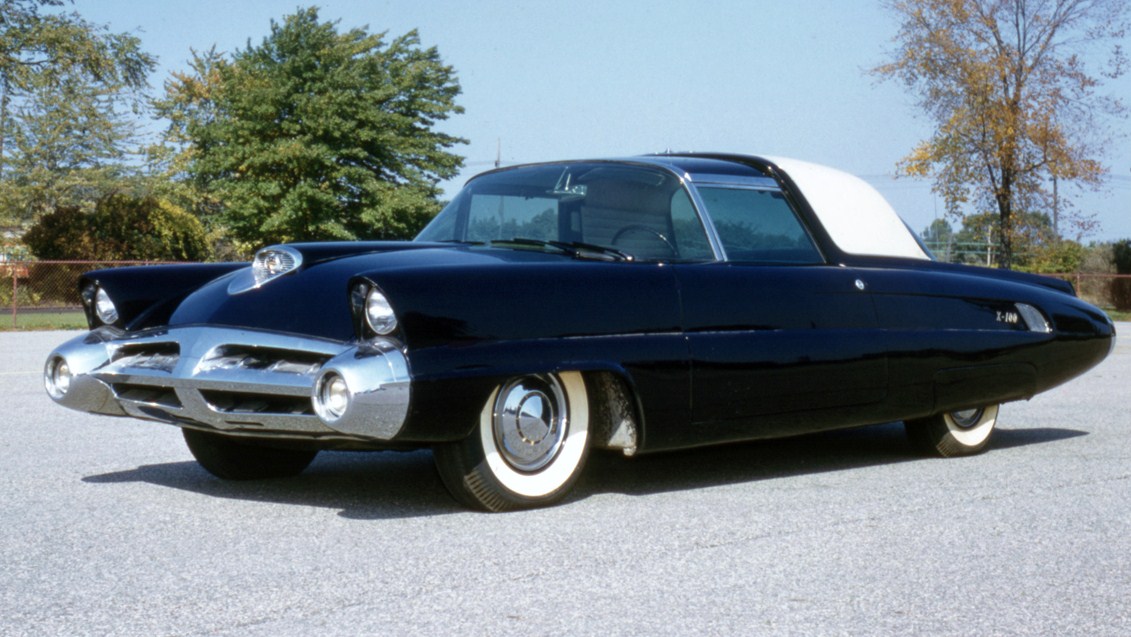 The gadget-laden 1953 Lincoln X-100, considered to be Ford Motor Co.’s first purpose-built concept car, appeared in auto shows across Europe and the U.S., where it starred as a thrilling vision of the future with a rain-sensing retractable roof and taillights that look like the exhaust outlets of a jet fighter plane.

The X-100 will land this weekend at the Lakewood Yacht Club in Seabrook, Texas, for the annual Keels and Wheels Concours d’Elegance. Lincoln Motor Co., one of the sponsors of the event that combines fine collector cars with vintage wooden boats, arranged for the concept to be transported from The Henry Ford museum for special display at the concours.

Keels and Wheels marks its 20th year during the May 2-3 show, which has entrants and spectators who arrive from all over the United States. About 15,000 people are expected to attend.

As part of the 20-year celebration, Keels and Wheels has invited best-of-show cars and boats from past concours to be on display.

The honored automotive marques for the 2015 concours judging are Packard and Mustang, and the boat brands are Garwood and Hacker.

The grand marshal for 2015 is Dennis Gage, the handlebar-mustachioed host of Velocity’s My Classic Car series on cable TV.

The Lincoln concept car will join about 200 cars and 100 boats at the scenic marina. For more information, see the Keels and Wheels concours website.