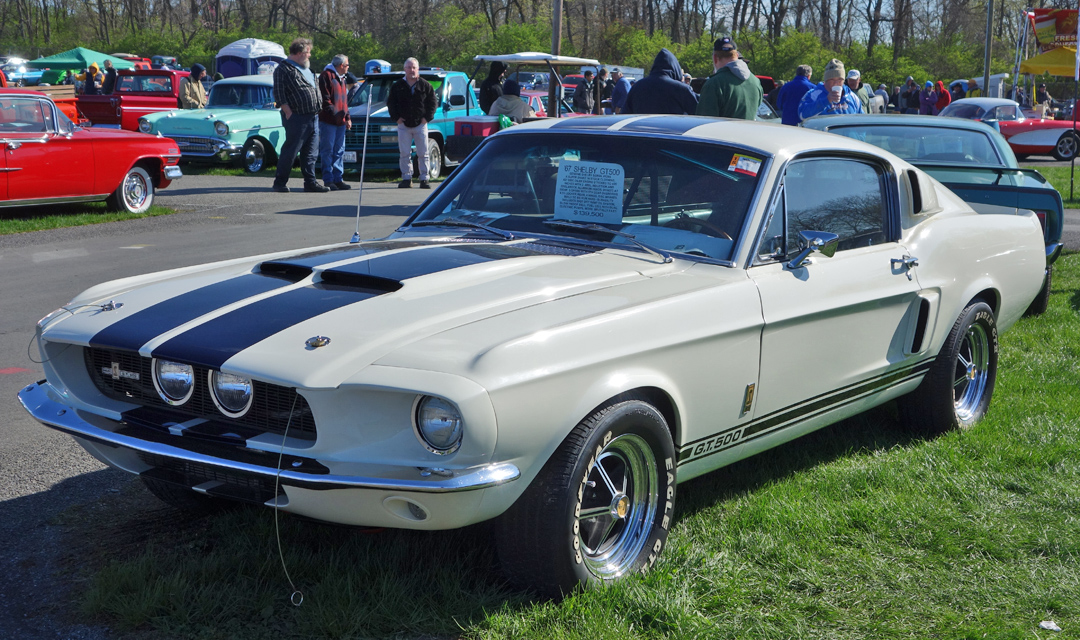 Spring Carlisle’s big point of difference when compared to the other Carlisle events is that instead of having a large show car field, instead what is featured is of one of the largest cars-for-sale corrals we have seen at any car event. The car corrals at Spring Carlisle features somewhere around 700 cars for sale, with cars for just about everyone regardless of your budget or brand loyalty.

Looking for a Japanese vehicle? How about an all-original and close-to-mint condition second generation Toyota Supra or a show condition, all-original Nissan 280ZX, each available for less than $6,000?

If Mopar is your interest, you had choices of anything from a No. 2-plus condition Plymouth Roadrunner selling for $45,000 to a super-nice driver-level green Dodge Challenger in very clean condition for $22,500.

If it sounds as if we were really excited by the corral, then you are getting the drift. In a hobby with prices rising on an almost weekly basis, it is great to see so many awesome cars at affordable prices. It is easy to forget that the automobile auctions do not determine the entire market, in fact, just a small part of it.

For more cars on the bargain-buy side, we saw at least interesting collector cars, from Mustangs to Camaros to Cadillacs to Fieros to Lincolns to Corvettes to Chargers, and each offered for less than $18,000. You could not find better examples for less money on Craigslist or eBay.

Our favorite of these was a nicely renovated green 1972 Dodge Charger R/T that was advertised for a very fair $18,000.

On the other side of the value spectrum, we saw our share of much higher-end cars, including Packards, Shelby Mustangs and rare Mopar and Chevrolet muscle. Our favorite of these had to be the 1967 Shelby Mustang GT500. The car was a top-tier restoration.

We saw hundreds of cars being sold during the week, many bought by people in their 20s and 30s, further illustrating that this hobby does indeed continue to attract younger people, especially in the muscle car and hot rod segments.

Another benefit of car corrals is that in an event this big, finding an expert on a given model you are considering is as easy as asking the guy next to you.

We found this to be the case while looking at a 1968 Ford Thunderbird. We asked a guy who also was looking at the car a question and he was kind enough to point out many details to look for and gave us a condensed history on the model. We came away with an appreciation for a car we started out knowing little about and avoided buying a car with needs we hadn’t realized.

If you have been been to Spring Carlisle, put it on your calendar for 2016, especially if you are in the market for a great car for a fair, if not a bargain price.