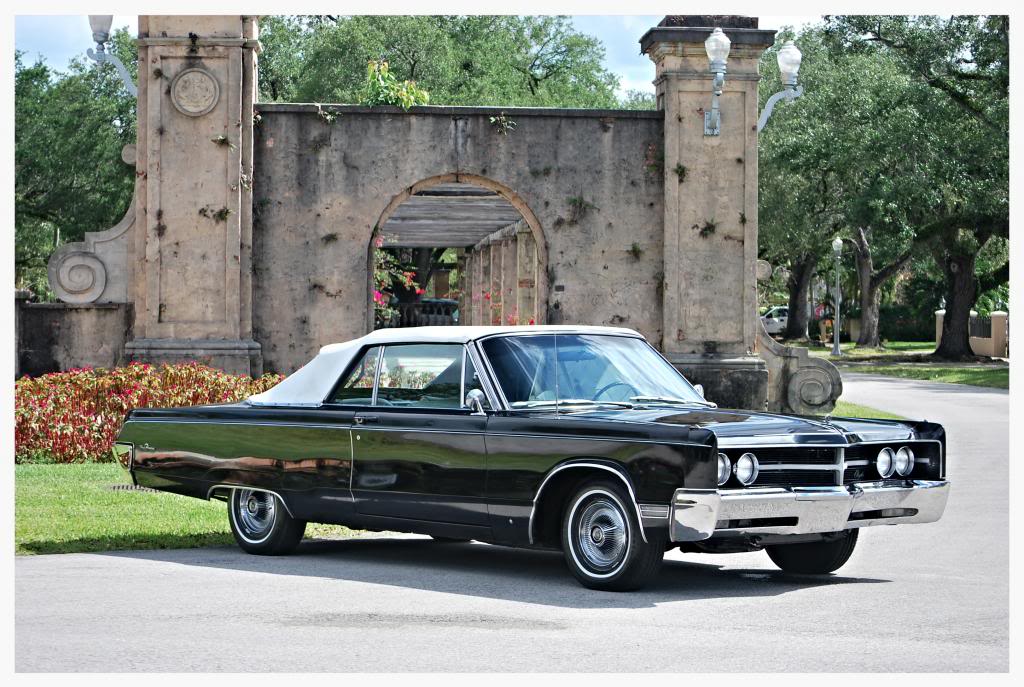 Editor’s note: This is the last in a 10-day series featuring the important cars to l be sold this month at Barrett-Jackson’s Palm Beach Auction.

Produced from 1962 until 1971 the Chrysler 300 was a full-size automobile. In 1967 the car sustained some extensive some front and rear restyling. The four-door sedan was dropped from the lineup and the 440 V8 became standard.

This 1967 Chrysler 300 series convertible has matching-numbers and a 440-cid big block V8 engine with automatic transmission, as well as factory air conditioning and a power top.

The exterior is in excellent condition with straight body, a beautiful black shine and finish with repaint and shows well, having gone through a minor restoration in 2005 and well-kept since then; all chrome shows and shines great.