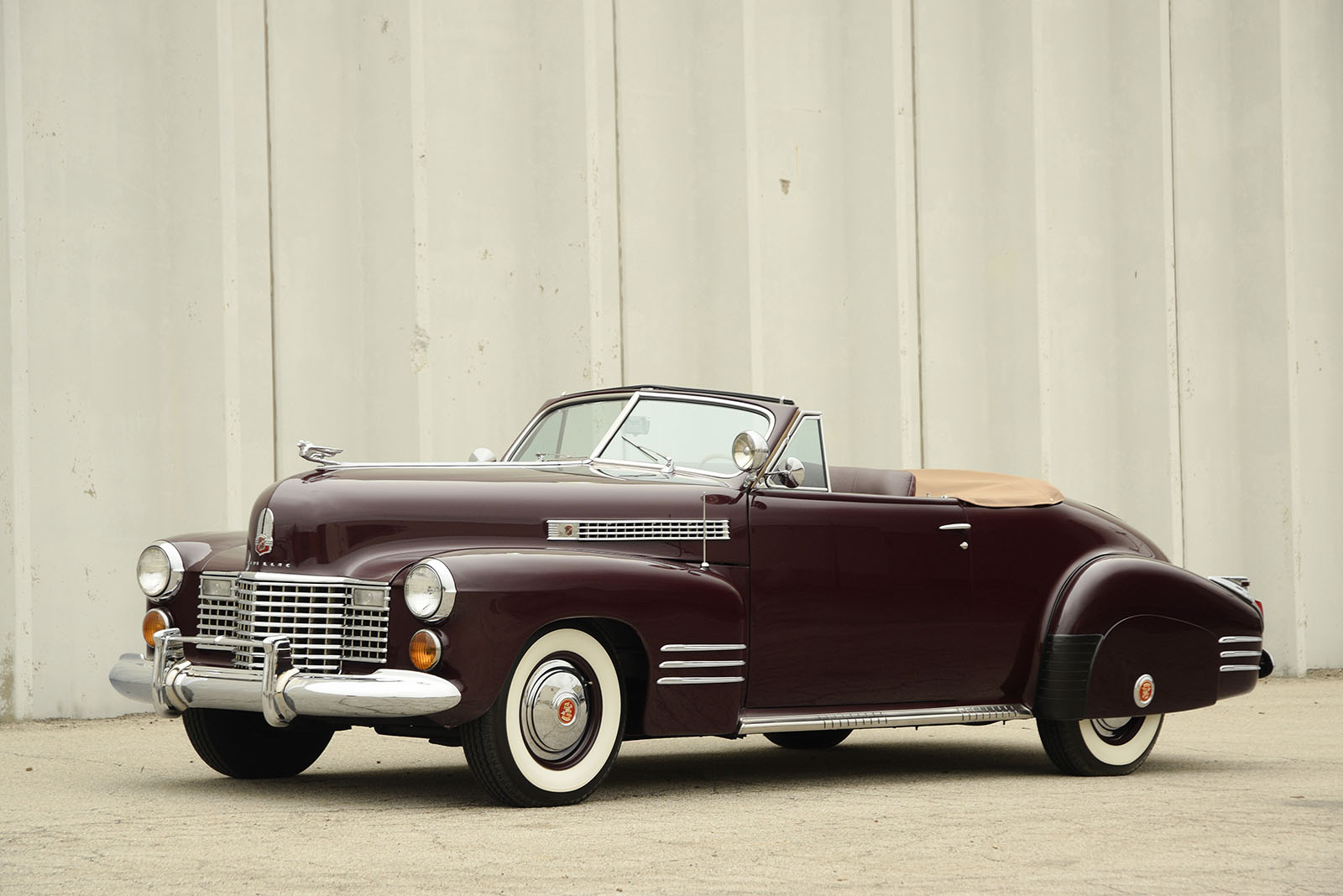 Editor’s note: This is the eighth in a 10-day series featuring significant cars to be sold this month at Barrett-Jackson’s Palm Beach Auction.

The Cadillac Series 62 replaced the series 61 in 1940 as the lowest in the model lineup in 1940. The series 62 featured a low sleek “torpedo”style body.

In 1941 the one-piece hood came down lower in the front and included the side panels and extended sideways to the fenders. Also for this year, the Series 62 offered the only four-door convertible built by Cadillac.

This 1941 Cadillac Series 62 convertible is a gorgeous example finished in maroon with maroon leather interior and a power-operated tan cloth convertible top.

It is one of 3,100 made in 1941, has steel wheels, hubcaps, radial wide whitewall tires, rear fender skirts emblazoned with the Cadillac crest in the center of each, a spotlight on the driver’s side windshield pillar and a 3-speed manual transmission.

Interior appointments include a dash clock and radio with the jack and a full tool roll in the trunk.

A classic Car Club of America National First Prize winner, this beautiful, open Cadillac is still strong enough to be shown. It is classy, sporty and comfortable; an ideal tour car for the many CCCA events for which it is eligible.