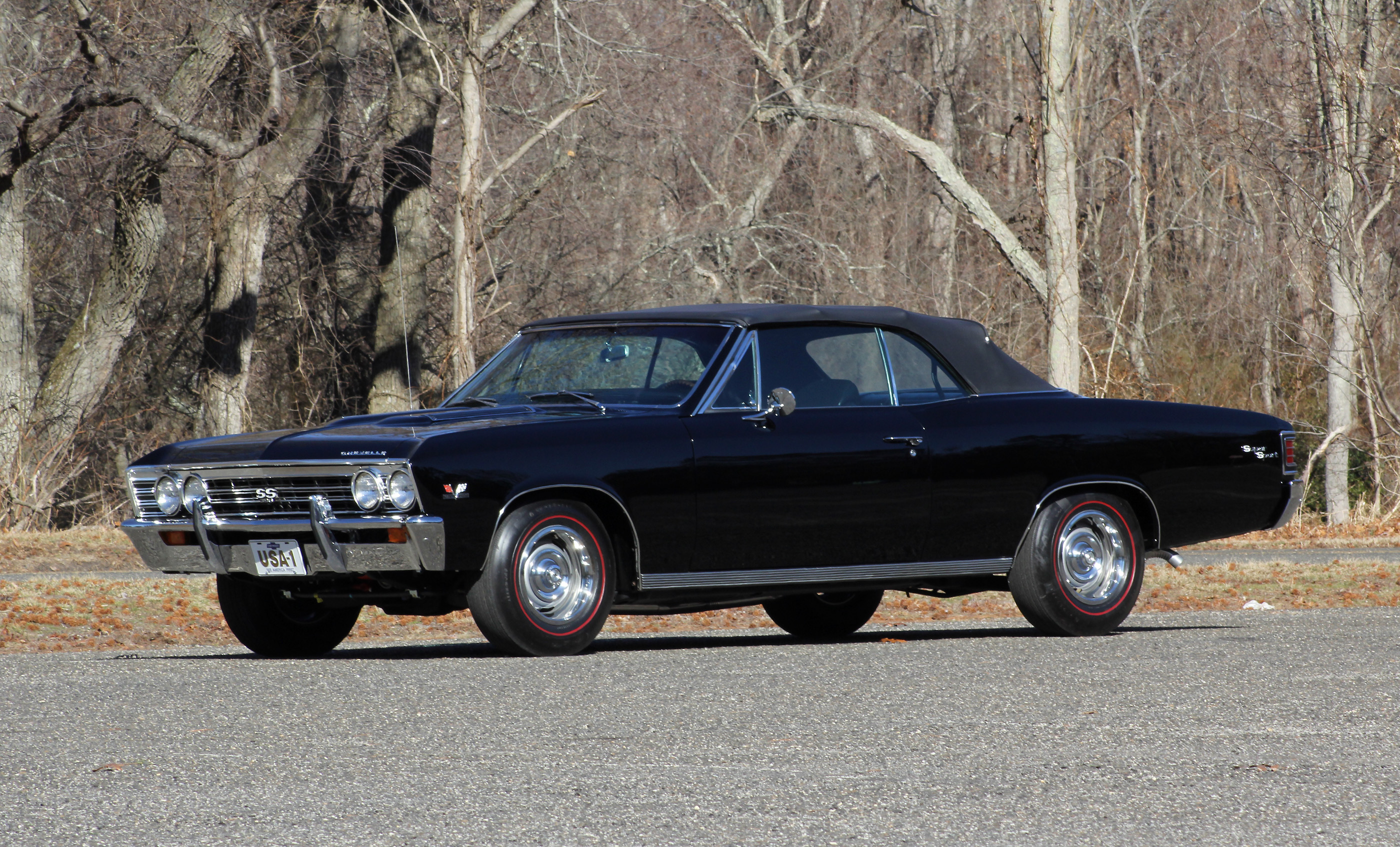 Editor’s note: This is the fifth in a 10-day series featuring the cars to be sold at Barrett-Jackson’s Palm Beach Auction.

One of the most fashionable offerings from Chevrolet’s late-’60s series of Super Sport performance machines was the 1967 Chevelle SS convertible, a tantalizing marriage of timeless styling and tire-shredding horsepower.

This 1967 Chevelle SS 396 convertible was one of only 612 produced that year with the most powerful engine in the Chevrolet lineup, the L78 396ci big block V8.

To take advantage of the L78’s considerable horsepower and torque, this car was also ordered with a close-ratio M21 4-speed manual transmission and a 12-bolt posi-traction rear end with racy 4.10:1 gearing.

After years of being kept in dry storage for preservation until 1981, the car was treated to a comprehensive frame-off restoration using NOS parts for maximum authenticity. It is black and sports a power operated black convertible top and matching black interior.

A push-button AM/FM radio with four speaker system and the dash mounted “blinker” tachometer are especially rare features seldom seen together in the Chevelle SS. That was a lot of car in 1967 and it remains today as one of the classics of the muscle car era.

The Chevrolet Chevelle is a mid-sized automobile produced from 1964 to 1977 and is one of Chevrolet’s most successful cars. Body styles included coupes, sedans, convertibles, and station wagons. Super Sport versions were available through the 1973 model year.

In 1969 the Chevelle got some revised front-end styling in the form of a single chrome bar connected quad headlights and a revised front grille.

The car is complete with Super Sport wheels with Polyglas tires, correct spare and jack assembly. Correct GM hoses, clamps, tags and markings can be seen throughout the car.