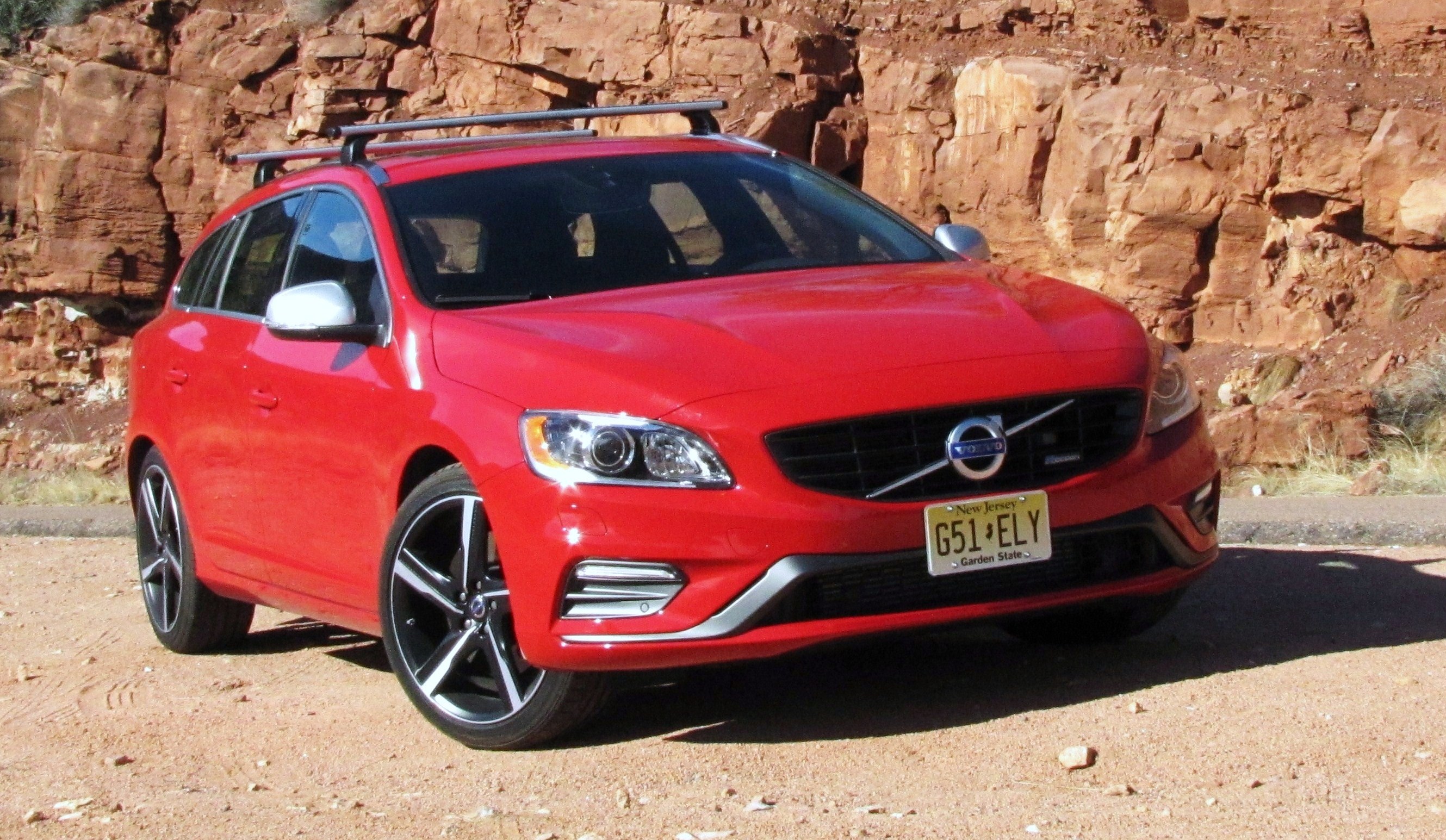 If you think a Volvo station wagon sounds like the ultimate in dullsville, think again, because the latest compact five-door from the Swedish automaker goes way beyond mere utility. The 2015 Volvo V60 is one of the sleekest wagons out there and the T6 R-Design version that I drove cranks it up in performance and agility.

For 2015, the V60 has been revamped with expressive styling that turns heads, mainly those who are saying, “What’s that, a Volvo? No way.”

Volvo has come a long way in shedding its boxy past with distinctive body styles and expressive interiors while staying true to the modern simplicity of Scandinavian design.

Don’t get me wrong, I’ve always liked Volvos (something that most car guys won’t admit) and owned one of those basic, boxy 240 wagons for more than a decade when my kids were growing up. It was actually fun to drive, mainly because it had stickshift with electric overdrive. My elder son drove it for years after we were done with it. It never let us down.

Volvo makes different sorts of cars these days, becoming a mid-luxury brand that provides an alternative to BMW, Mercedes, Audi, Cadillac, Lexus and Infiniti. Sales have slipped, but not for lack of trying. Volvos today look good and run well, keeping up with the Joneses while offering cars for those who strive to be different.

The V60 T6 R-Design is powered by a 3.0-liter turbocharged inline-six-cylinder engine that generates 325 horsepower and 354 pound-feet of torque that comes on at a low 2,100 rpm, providing plenty of pull from the get go. The engine, enhanced by Volvo’s Polestar performance division, feels stronger than it sounds, delivering swift acceleration and relaxed high-speed touring.

The base engine for the V60 is a 2.0-liter turbo four with 240 horsepower and 258 pound-feet of torque; an overboost function increases maximum available torque to 280 pound-feet for the first 10 seconds of open throttle in gears two through eight. A midrange 2.5-liter turbo inline-five with 250 horsepower is also available.

Oddly, the lesser V60 models get eight-speed “Geartronic” automatics with the same functionality. Why not the T6 R-Design? Must be a torque thing.

The T6 R-Design comes standard with all-wheel drive, which is optional on the lesser models, and the car felt sure-footed in all conditions, including a short stretch on a dirt road. This would be a blast in the snow. The exceptional handling is enhanced by Corner Traction Control by Torque Vectoring, which adjusts power and braking to individual wheels in tight curves.

The R-Design package adds some other features, including sport-tuned chassis and suspension, sharper steering, 18-inch Ixion alloy wheels and performance tires, signature styling cues and a full slate of luxury and convenience gear.

The interior feels like something of a holdover from past models, but that’s not a bad thing in this case because it is a straightforward and highly accommodating environment with attractive fittings and innovative design. The seats, in typical Volvo fashion, are supremely comfortable and supportive.

The Volvo Sensus information system handles audio, climate, navigation and other functions via a seven-inch monitor. A midyear addition provides a number of apps, services and vehicle connectivity. The Volvo On Call smart-phone app includes a number of sophisticated features, such as remote start and navigation-system connections. The Volvo also creates its own Wi-Fi hotspot through its roof antennae.

As always with Volvo, safety is at a premium, and the V60 that I drove was loaded with all manner of electronic gear to keep you from going off the road or hitting something, including sensors that, at lower speeds, will apply the brakes and bring you to a complete halt if they detect something in your path, such as a pedestrian.

One safety piece that was missing was a rear-view camera, which is pretty standard these days.

I unintentionally put the Dynamic Stability Control to the test, along with the sport-tuned suspension and steering, during a fast highway run in northern Arizona. While passing a couple of SUVs driving in the right lane, the driver in the rear vehicle decided to switch quickly to the left lane while we were right next to him.

A quick, accelerating swerve to the left onto the dirt shoulder avoided a collision, followed by a rapid maneuver to get us back on the road. I felt as if the rear of the car might get loose, but I also felt the DSC step in and guide us invisibly back on course.

Amazing, really. Of course, Volvo’s not the only one with similar electronic controls, but it does underscore why one would spend nearly $50,000 to drive a car with such advanced capabilities as the Volvo V60.