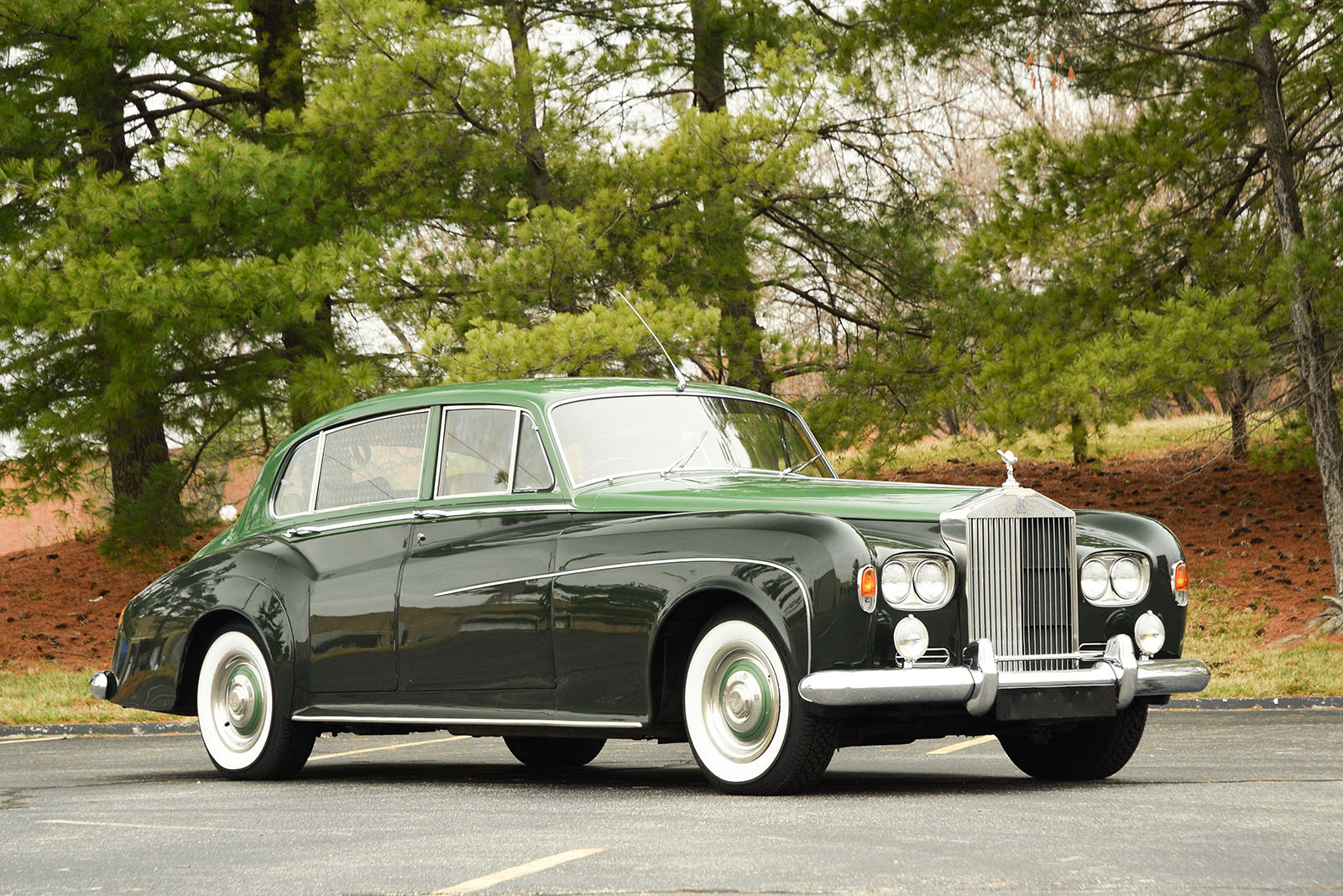 Editor’s note: This is the fourth in a 10-day series featuring significant cars to be sold this month at Barrett-Jackson’s Palm Beach Auction.

Making its first appearance in 1963, the Silver Cloud III arrived with external dimensions slightly altered and interior remodeled from previous Silver Cloud model years. The Silver Cloud III was in production from 1963 to 1966 and no major changes were made with the exception of wider front seats fitted in January 1964 and a revised headlamp with a small RR monogram.

This 1964 Rolls-Royce Silver Cloud is right-hand drive. Marked as chassis CDL 67,  this car is a long-wheelbase model finished in a dark green below the belt line with a lighter shade above and has a green leather interior. Wide whitewall tires adorn the car with the original radio, pullout trays in the back of the front seats and headrests on all four seats were a rare option for 1964.

The Rolls-Royce Phantom was initially released in 2003 and uses a unique chassis platform, body and interior while retaining traditional Rolls-Royce design cues with a mostly aluminum body.

Assembly of the cars takes place in Goodwood, West Sussex, near the Goodwood Motor Racing Circuit.

Forty-four thousand different paint colors were optional for the Phantom, as well as any leather color.

This car comes fully loaded with an elegant color combination of white with tan leather interior. Extras include 21-inch performance tires and chrome wheel package, cross-banded elm cluster veneer, tilt/slide sunroof and many more options. This Rolls-Royce is just one of 1,010 sold in 2007 and has 44,000 original miles.