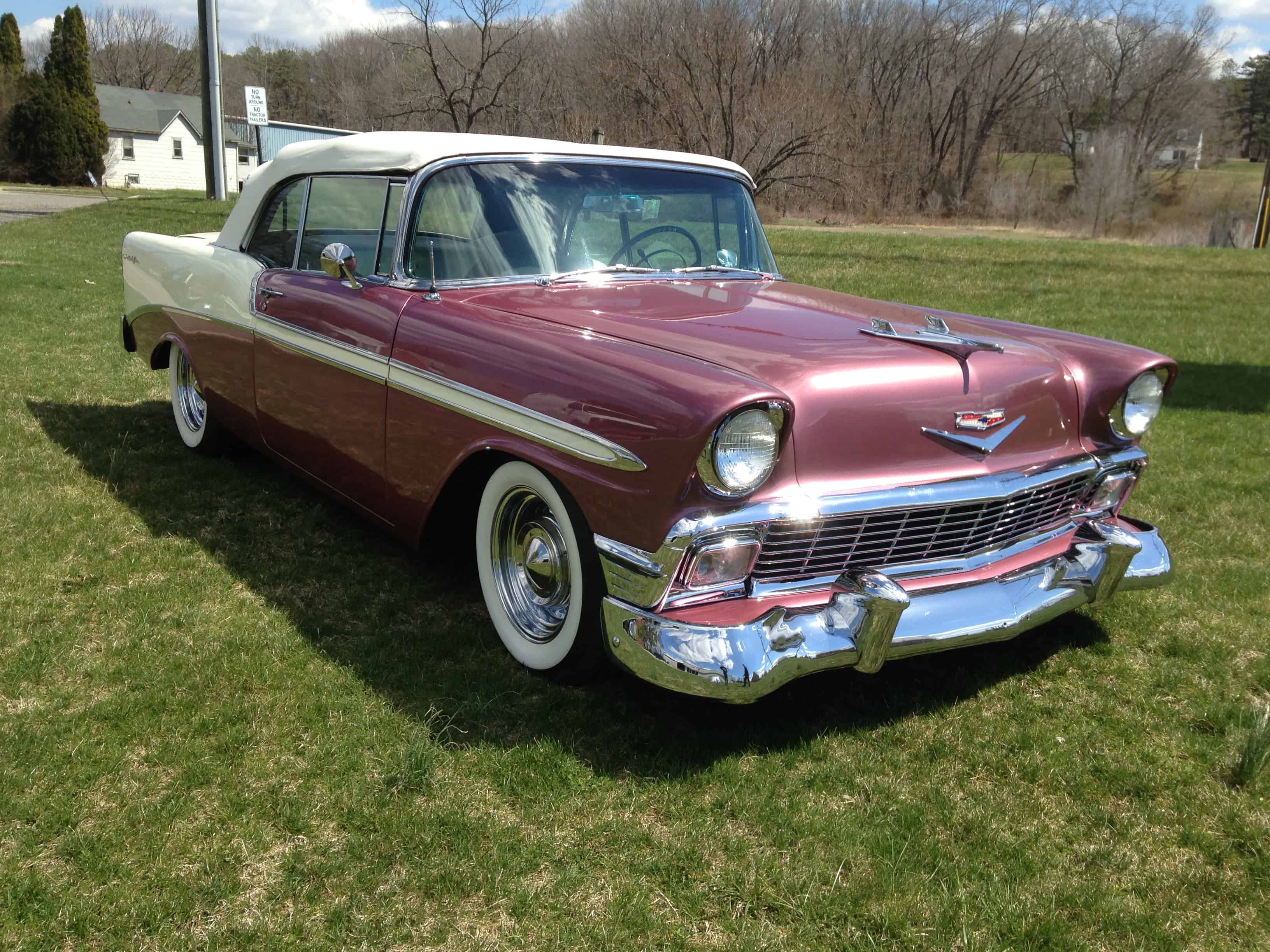 Editor’s note: This is the first in a 10-day series of featured vehicles to be sold at Barrett-Jackson’s Palm Beach Auction.

The Chevrolet Bel Air was in production from 1950-1975 in the US and was ultimately retired in 1981 in Canada, spanning seven different generations. The Bel Air was a full-size car that came in many different body options, including the choice between a two-door or a four-door, hard top or convertible, and select years a number of different station wagon configurationswere avalable.

For 1956, the Bel Air received two-tone body-side treatments, a full-width grille and new taillights that encompassed the running lights, stoplight and reverse light.

This customized 1956 Chevrolet Bel Air (Lot #456) carries a 355-cubic-inch V8 engine with a 4-bolt main, dual quads with finned moon air cleaners and valve cleaners. Attention was given to the engine to ensure it is absolutely amazing down to correctly detailed wires, and even the engine bay is polished chrome.

All the mechanicals of this car were all rebuilt. The fit and finish of both the body and paint are deemed outstanding with all new chrome and trim. The glass is new with re-chromed frames providing outstanding alignment so that the doors click shut properly with the top and windows up. The convertible top frame is painted and has the correct cloth weather-strips. The body is as straight.

The interior is without wrinkles while the dash has been meticulously restored. The underside has been detailed like new.

In 1954 Buick produced a total of 836 Skylark convertibles. The 1954 model was substantially restyled from the 1953 50th-year anniversary Roadmaster Skylark and all the options available on the 1953 became standard equipment for 1954. It came with wheel cutouts that could be painted in a contrasting color and  taillights were housed in huge chrome fins. The ’54 Skylark rode on the series 40 chassis, making front leg room drop 2.4 inches.

Rarely driven and having won best of show at the 2007 Buick Nationals, this 1954 Buick Skylark convertible has had a frame-off restoration and comes with a complete book detailing the process.

This car will be sold at approximately 6:00 pm on Saturday, April 18.