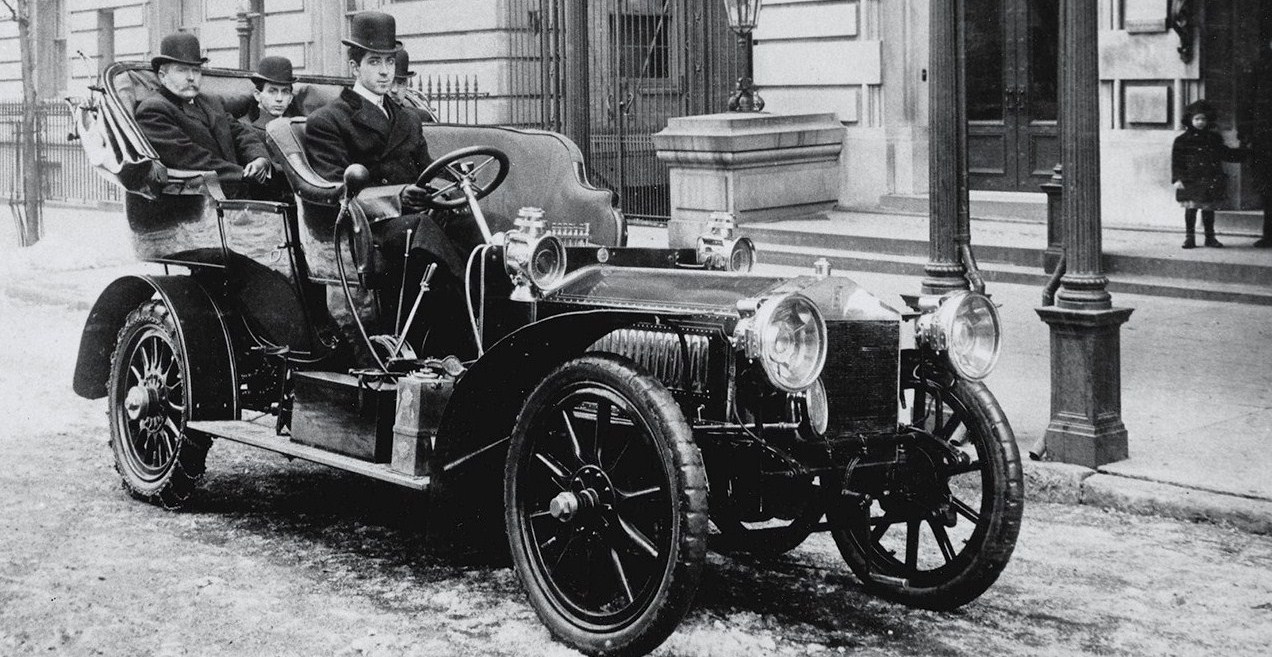 Rolls-Royce Motor Cars famously started after an introduction in 1904 between Charles Rolls, a young automobile enthusiast and dealer of French automobiles, and Henry Royce, a middle-aged manufacturer of electrical components.

Royce had built his second prototype by the time the two met and was eager to enter the automobile manufacturing business. Rolls, on the other hand, was looking for a quality domestic car that he could sell. Between 1904 and 1906, they experimented with six different models before focusing exclusivity on the 40/50 hp chassis, later known as the Silver Ghost.

From the start, Rolls recognized the financial impact that the American market held and arranged a trip to promote Rolls-Royce Motor Cars and find a dealer to handle sales across the pond.

With the publicity of Charles Rolls driving a Rolls-Royce to victory at the Isle of Man Tourist Trophy Race still fresh in the mind of the public, he set sail on The White Star Line’s SS Baltic for America in November 1906 accompanied by Percy Northey, Capt C.E. Hutton and Reginald Macready. Traveling with them would be a “Light-Twenty” 4-cylinder team car from the Tourist Trophy race, chassis 40523; a Model 30 6-cylinder chassis; and a Model 30 Roi des Belges touring body by Barker & Co.

Soon after arriving in New York, Rolls piloted the “Light-Twenty” to a win in the five-mile race for cars of 25 hp at New York’s Empire City Track. In December, he would win again at Yonkers and exhibit the cars at the New York Auto Show, the largest of its kind in the United States. After stirring up considerable interest in Rolls-Royce motor cars, and finding a American agent in Walter Martin, a New York City-based Cadillac dealer, Rolls returned to England, leaving Capt. Hutton and Reginald Macready behind.

The Model 30 Touring, used as a demonstrator, was sold after the auto show. It is assumed that the Model 30 chassis stayed in America as well, but its fate is unknown. Capt. Hutton and Macready took the “Light-Twenty” to the Ormond-Daytona Speed Meet in January 1907, making a big impression with a second-place finish in the 100-mile race behind a 70 hp Mercedes.

That car, chassis 40523, was sold to H.L. Edwards of Dallas, Texas.  Harry Edwards was the president of H.L. Edwards & Co., cotton merchants in Dallas. He was also an accomplished sportsman of the day, having won the State Amateur Golf Championship in 1906. Mr. Edwards must have been quite taken with the Rolls-Royce because later that year, he ordered a new 40/50 hp (Silver Ghost), thought to be chassis 60557.

Unfortunately all these early Rolls-Royce motorcars are lost to history as none are known to have survived.