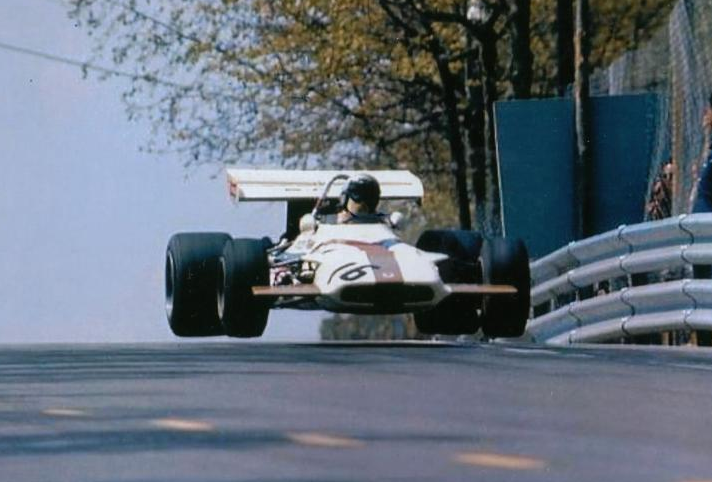 Lyn St. James is next up in the Blackhawk Automotive Museum’s Speaker Series, which for 2015 focuses on former race car drivers.

The series began March 7 with Howden Ganley, who raced during the apex of motor racing’s most glamorous anddangerous era—the 1960s and ‘70s, when Formula 1 drivers enjoyed rock star status while driving in cars and on circuits that had virtually none of the safety features today’s drivers take for granted.

Ganley had 41 F1 starts during his career and also competed in the World Sports Car series, finishing second in the Team Matra 1-2 finish at the 24 Hours of Le Mans in 1972.

He recently published his autobiography, The Road to Monaco: My Life in Motor Racing.

St. James will speak on April 25 at the museum. She is one of seven women who have qualified for the Indianapolis 500.

After coming up through the Sports Car Club of America amateur ranks in the 1970s, she captured attention wielding Mustangs in the Trans Am and IMSA GT classes, posting numerous victories and top-10 finishes.

In 1985, St. James became the first woman to break the 200-mph barrier on an oval when she drove a Ford Mustang Probe (GT Prototype race car) at an average lap speed of 204.223 mph at Alabama International Motor Speedway. In October 1988 she set a women’s closed-course speed record of 212.577 mph in a Ford Thunderbird built by Bill Elliott Racing.

She also has two GTO 1 class wins at the 24 Hours of Daytona, and one GTO Class win at the 12 Hours of Sebring.