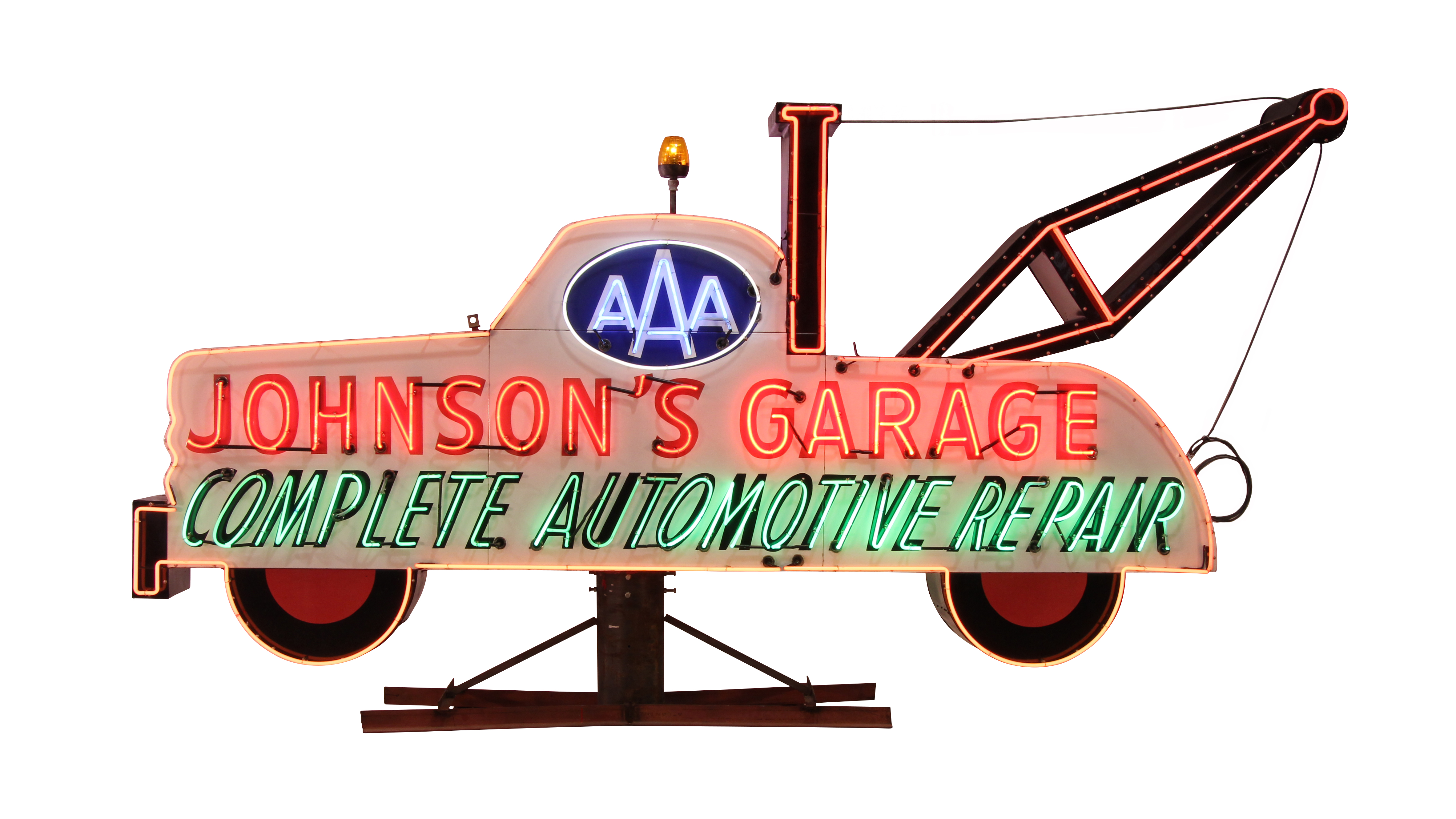 Vernon Walker was in his mid-20s when he decided someone needed to “save the signs.”

“Being a car guy, I thought owning some of the dealership signs would be something fun to get into,” Walker told the folks from Mecum Auctions.

“Once I got into that, I quickly found that the future of these signs was not shaping up to be such a pretty picture.”

The reason, Walker discovered, was that many people who were buying such signs were, as Walker saw it, actually destroying them.

What Walker saw was that people were buying the glorious two-sided neon and porcelain signs, taking them apart and turning them into a pair of one-sided signs to sell.

“They were destroying the history of these signs,” Walker said. “When I realized what was going on, I just went crazy buying signs.”

Walker’s plan was to someday open a museum to showcase the signs and their place in American roadside history. But he was so busy buying and preserving that he never got around to opening that museum.

Now, he said, “I’m 74 years old and I’ve got to do something with them. I didn’t want my family to have to go through dispersing them. It’s certainly not that I don’t like them. It was just that I figured they should be hung up so people can enjoy them.”

Walker’s father, Harry, founded the Walker Radiator Works in Memphis in 1932, and it grew to become the largest independent radiator manufacturer in the country.

Walker’s collection includes more than 400 signs, and they will be up for bidding March 27-28 when Mecum Auctions sells the collection in West Memphis, Arkansas, where the sale will be conducted in one of the three buildings Walker used to store the signs.

And signs aren’t the only things Walker saved. In addition to cars and signs, he found a complete Texaco filling station in new-old-stock condition, stored in a couple of big semi-tractor trailers. He bought the contents and had the station built on his property.

His collection of more than 400 signs includes those from automobile and tractor dealerships, gasoline stations and a variety of other businesses, including pharmacies, motels, hardware stores, taverns, shoe stores, restaurants and more.

To see the more than 400 signs being offered, visit the auction website.