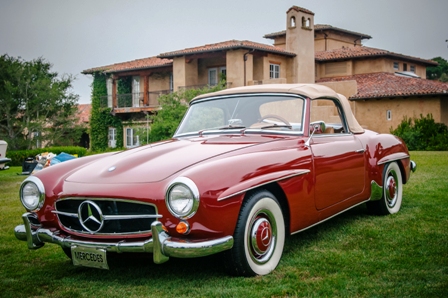 You don’t have to own a classic Mercedes-Benz to enjoy the trips and tours the Mercedes-Benz Club of America has planned for 2015, but there is something special about touring in a vintage ride.

This year, the MBCA’s StarTech gathering coincides with the Ault Park Concours d’Elegance in Cincinnati. The concours features more than 200 vehicles and this year’s featured marque is Mercedes, which will be showcased in pre-war, 1955-1971 early post war sports, 1972-1999 late post-war sports, 2000-present contemporary sports classes. Other featured classes include the 70th aniversary of the Volkswagen Beetle and Future Cars of the Past.

The MBCA also has three trips planned this summer.

The first trip, May 3-10, will provide G-Wagen owners an adventure through Austria and Hungary. Travelers will spend eight days hosted by Daimler AG and will be escorted on an all-day tour of the G-Wagen factory in Graz, Austria, where they will also be able to drive on the factory’s on-site test track. This trip costs $3,000 per person and includes hotels, meals, transportation and guided tours in English. Airfare is additional. The trip is limited to 20 people.

MBCA’s Stuttgart Germany Tour is July 27-August 2nd and presents the rich heritage of Mercedes-Bez in its home region. The cost is $2,500 per person and includes everything but airfare.

Can’t get enough of Stuttgart? MBCA has another tour September 21-27th. Travelers will enjoy guided tours of the Carl Benz Museum in Ladenburg; the Daimler Workshop in Bad Cannstatt; AMG facilities in Affalterbach; the Mercedes-Benz Museum and Brand Center in Unterturkheim; the Technical Museum in Sinsheim; the Bad Cannstatt Engine Assembly Plant; the Classic Center in Fellbach and the Sindelfingen assembly plant that covers more ground than the entire principality of Monaco. This trip is $2,500 U.S. per person plus airfare. 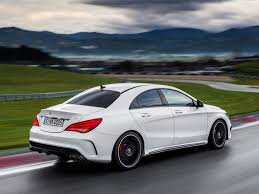 During the Monterey Classic Car week, MBCA members can participate in the Legends of the Autobahn, which features various German marques. In addition to the judged classes and display-only corral, Mercedes-Benz will celebrate the 60th anniversary of the 190 SL and will introduce a Silver Star Preservation Class.

Other MCBA events include the GemÜtlichkeit 2015, August 19-22 at Pittsburgh, where the club’s Western Reserve Section will be host to drives, concours, tours and an autocross.

Meanwhile, tourmeister Ron Harshman promises that the Circle Lake Ontario Tour, September 26-October 2, will be the “tour of all tours” as it takes in the autumn colors of upstate New York and southern Ontario.

For more information, visit the Mercedes-Benz Club of America website.