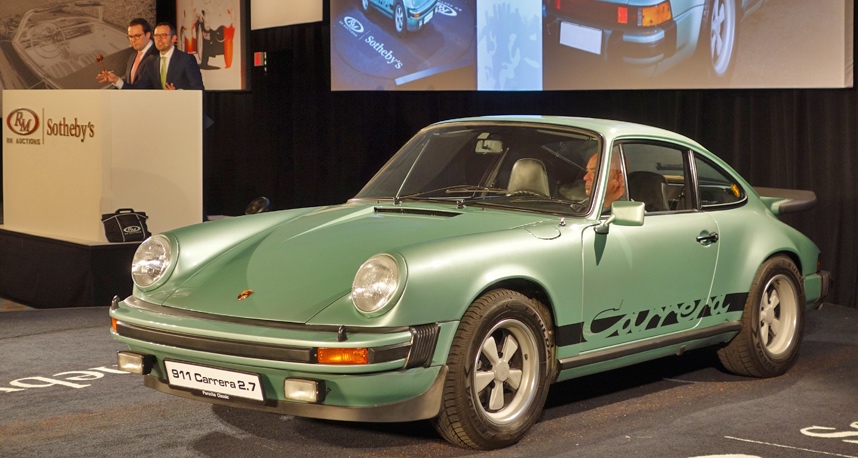 Preliminary results from the RM Sotheby’s auction Saturday at Amelia Island show sales of $59.8 million. Ninety eight of 101 lots sold on the block, led by a 1960 Ferrari 400 Superamerica cabriolet that brought $6.38 million.

Figures, which were provided by Hagerty, the classic car insurance company and price guide publisher, include buyer’s premium.

The sales total was a substantial increase compared with the 2014 auction, when RM sold 88 of 91 cars, though none for a million dollars or more, for an auction total of $35.9 million. This year, RM sold nine cars for $2 million or more each.

The 2015 sale was the first for RM since it announced its partnership with historic fine-arts auction house Sotheby’s, and continues a strong 2015 season that has included successful auctions earlier this year at Phoenix and Paris.

Also selling was a car that caught fire while on the block.

“Nothing like an electrical fire to keep the auction interesting,” auctioneer Max Girardo said as RM staff quickly extinguished the smoke emerging from beneath the hood of a 1953 Siata 300 BC Barchetta, which Girardo hammered sold at $235,000.

The RM Sotheby’s auction was the third of  three major sales held in conjunction with the Amelia Island Concours d’Elegance, and brought the overall sales total to $99.1 million.

Earlier in the week, Hagerty reported Bonhams doing $13.9 million at its inaugural Amelia sale while Gooding & Company posted a preliminary $25.5 million figure at its auction. A two-day Hollywood Wheels auction also was conducted.

Other than multi-million-dollar sales at RM Sotheby’s, only a 1967 Ferrari 275 GTB/4 coupe sold at Gooding & Company cracked into the overall top 10 sales at Amelia Island 2015.

RM Sotheby’s next auction is May 2 when it sells the Andrews Collection in Fort Worth, Texas. Its next multiple-consignor auction is May 23 at Villa Erba on Lake Como in Italy.