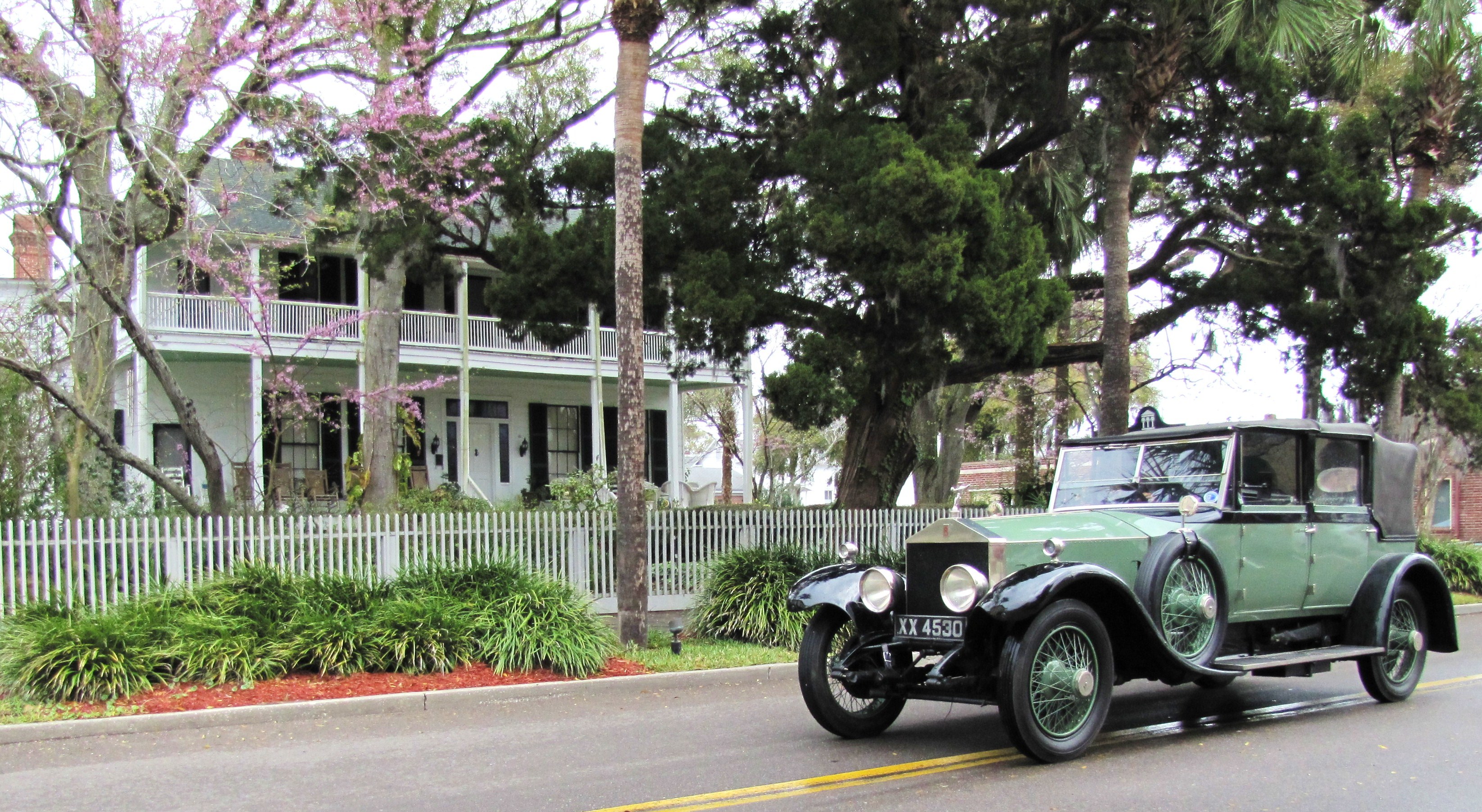 Every year, it’s like the circus comes to town in Fernandina Beach when the fantasy cars of the Amelia Island Concours d’Elegance roll in for a lunch stop during their tour of the north Florida coastline.

Thousands of people crowded narrow, historic Centre Street on Friday to wave the cars in, and they were undeterred by the drizzly weather that began to clear just as the colorful parade arrived. The number of show cars was diminished by the rain that fell for much of the morning, but 35 or so made the tour. Their drivers and passengers seemed happy enough and excited to have pressed on regardless.

“I’m totally drenched,” said Joan Neidell of Tulsa, Oklahoma, who rode into town with her husband, Lester, in a crouching 1959 Kellison, an American sports racing car that has no roof.

“But it was fun,” she added. “Getting drenched in style is totally fun.”

These are the cars that will stand in splendor on the grass Sunday at The Golf Club of Amelia Island, adjacent to the Ritz-Carlton luxury resort. While it seems a contradiction that such concours cars that strive for perfection on the field would head out on the road for a soggy morning drive, these are owners and caretakers who believe that even the rarest and most valuable of showpieces should be driven, as they were designed to be.

One attention grabber was a unique little Alfa Romeo roadster whose appealing looks spoke of an earlier era of aerodynamic theory and Italian design. The circa-1934 Alfa Romeo 6C 2300 Pescara prototype was designed to race at the 24 Hours of Le Mans, said its driver and restorer, Victor Galich of Huntington Beach, Californi. However, because of various factors, including a troubled Europe on the brink of war, the sleek Alfa was never raced.

Galich and the car’s owners, John and Betty Murphy of Myrna, Georgia, have spent much time researching the Alfa’s provenance, he added.

“The more we delved into it, the more we learned about its origins,” Galich said.

But on this day in Florida, the Alfa was a successful crowd pleaser for those enjoying a rare glimpse of exceptional cars on the road, where they belong.