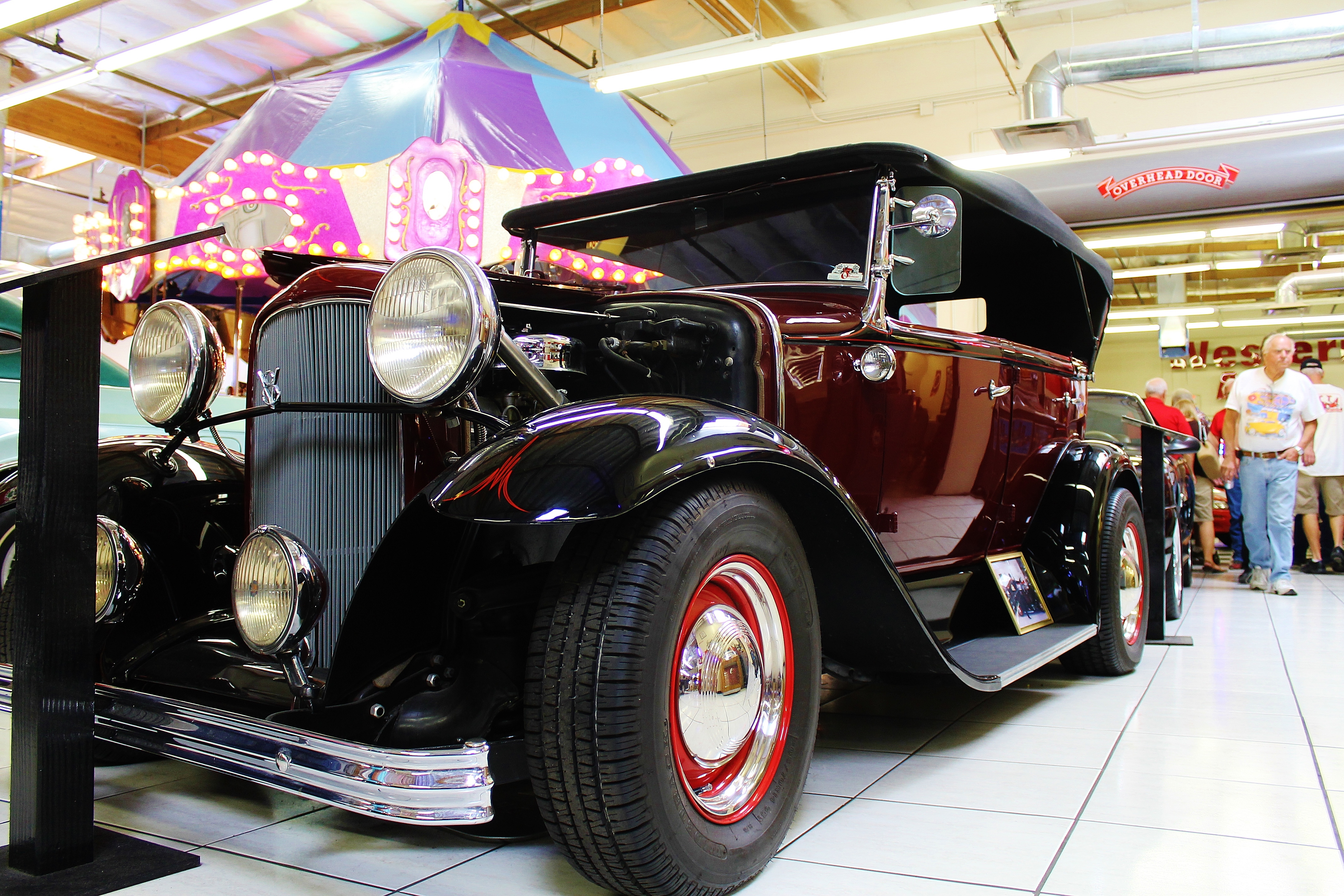 The day was a bit gloomy (at least for Phoenix) and the wind was strong, but some cars took part in the shop tour on the eve of the sixth Goodguys Rod & Custom Association Spring Nationals that run Friday through Sunday at WestWorld in Scottsdale.
As usual, the shop tour included rod and custom shops, but also two museums and a special storage facility.

The first stop on the tour was Cam Auto Creations, a family-owned business providing full and partial automotive restoration and customization services.

The next visit was to the Martin Auto Museum, where Mel Martin was outside directing traffic.

“We don’t so much collect automobiles as we save and protect them so they will last for generations to come because the history of America over the last one-hundred plus years is the history of automobiles,”Martin said after making sure all the cars were safely parked.

From the museum, the tour headed to Dang It Herb Classics, where lunch was served. Dang it Herb Classics is a storage facility for classic cars as well as luxury vehicles and other high performance cars. The storage is climate controlled, has 24-hour on-site security guards plus security cameras that can be linked to a car owner’s personal cell phone.

The final two stops were next to each other— Parker Hose and Fittings and the Arizona Open Wheel Racing Museum.

Parker Hose has a fascinating back room with floor-to-ceiling photos, some autographed by Southwestern auto racing stars.

The open-wheel museum was full of race cars, photos and manikins representing famous drivers. Steve Stroud, founder of the museum, began to display racing photographs and gear in the showroom of the Parker Hose store next door. Customers took note and began asking questions, which inspired Stroud to open the Arizona Open Wheel Racing Museum.

The museum offers memberships and hosts fundraisers to promote interest in local motorsports events. Stroud owns several of the cars on display while others are on loan from from collections around the country.