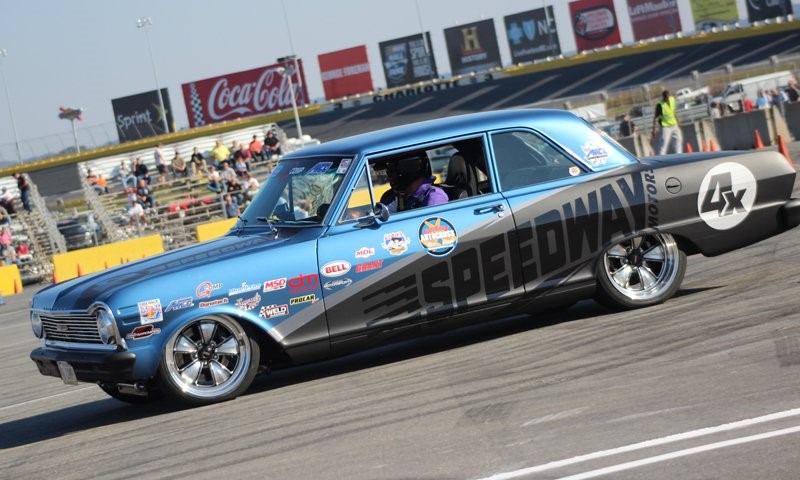 The Nova is equipped with Speedway’s new G-Comp front suspension kit and AFCO coil-over shocks. Power is provided by a blueprinted  car is 454-cid Pro Series small-block V8 backed by a Tremec 5-stransmission, and features a host of aftermarket performance parts from Billet Specialties, Dynatech, MSD, ProCar and Weld Racing.

Al Unser Jr. will make his debut during the Goodguys Spring Nationals this weekend at Scottsdale, Arizona and will be at the wheel again March 28-29 at the 33rd All American Get-Together at Pleasanton, California.