Stirling Moss on the move: Opens display at British museum and then heads to Amelia Island 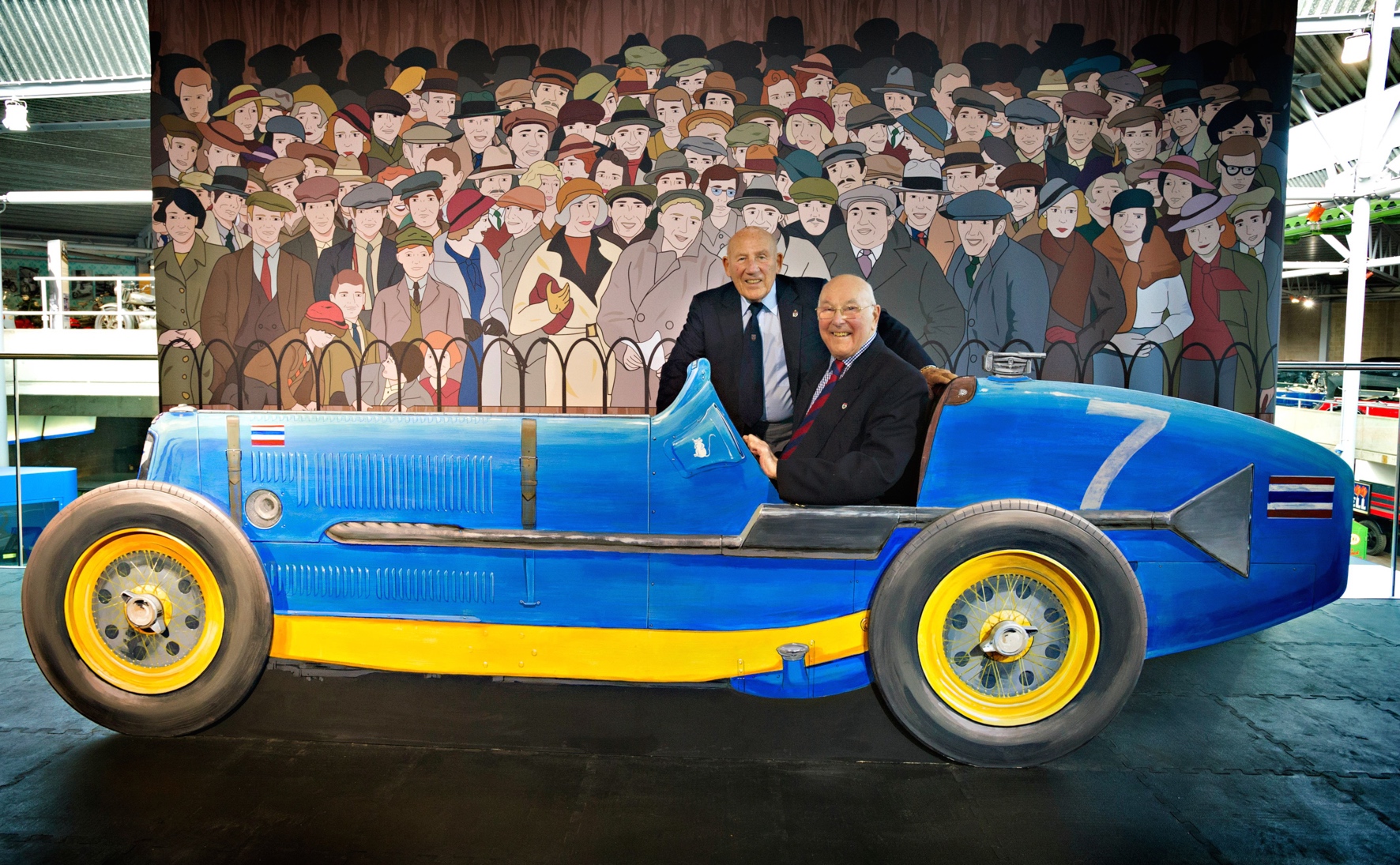 Stirling Moss may be 85 years old, but he certainly isn’t slowing down any on his travel schedule. Late last week, he was in England to open A Chequered History display at the National Motor Museum at Beaulieu, and this week he’s scheduled to be in Florida for various activities at the Amelia Island Concours d’Elegance.

Moss and long-time Formula One racing television commentator Murray Walker did the ribbon cutting for the new exhibit at the British museum.

“I am delighted to be opening Beaulieu’s new motorsport displays featuring fabulous cars from both F1 and rallying, including several that I had the privilege to drive during my own racing career. It brings back many happy memories for me,” Moss said at the opening.

The new exhibit includes a section on Grand Prix Greats and another on Road, Race & Rally.

In addition to the cars, the exhibit showcases the museum’s collection of photographs and historic motorsports objects — from driver autographs to helmets — including those on loan from the McLaren and Williams heritage collections.

Also shown are race films dating back to the 1930s.

During the exhibition, Beaulieu engineers will start various vehicles so visitors can hear their engines roar to life.

“We are very pleased to be opening this latest phase of our redevelopment program,” said Russell Bowman, the museum’s chief executive. “A Chequered History will bring to life the excitement of motorsport in all its forms, something at which this country excels. This follows the great reception received by our new Land Speed Record gallery in 2014.”