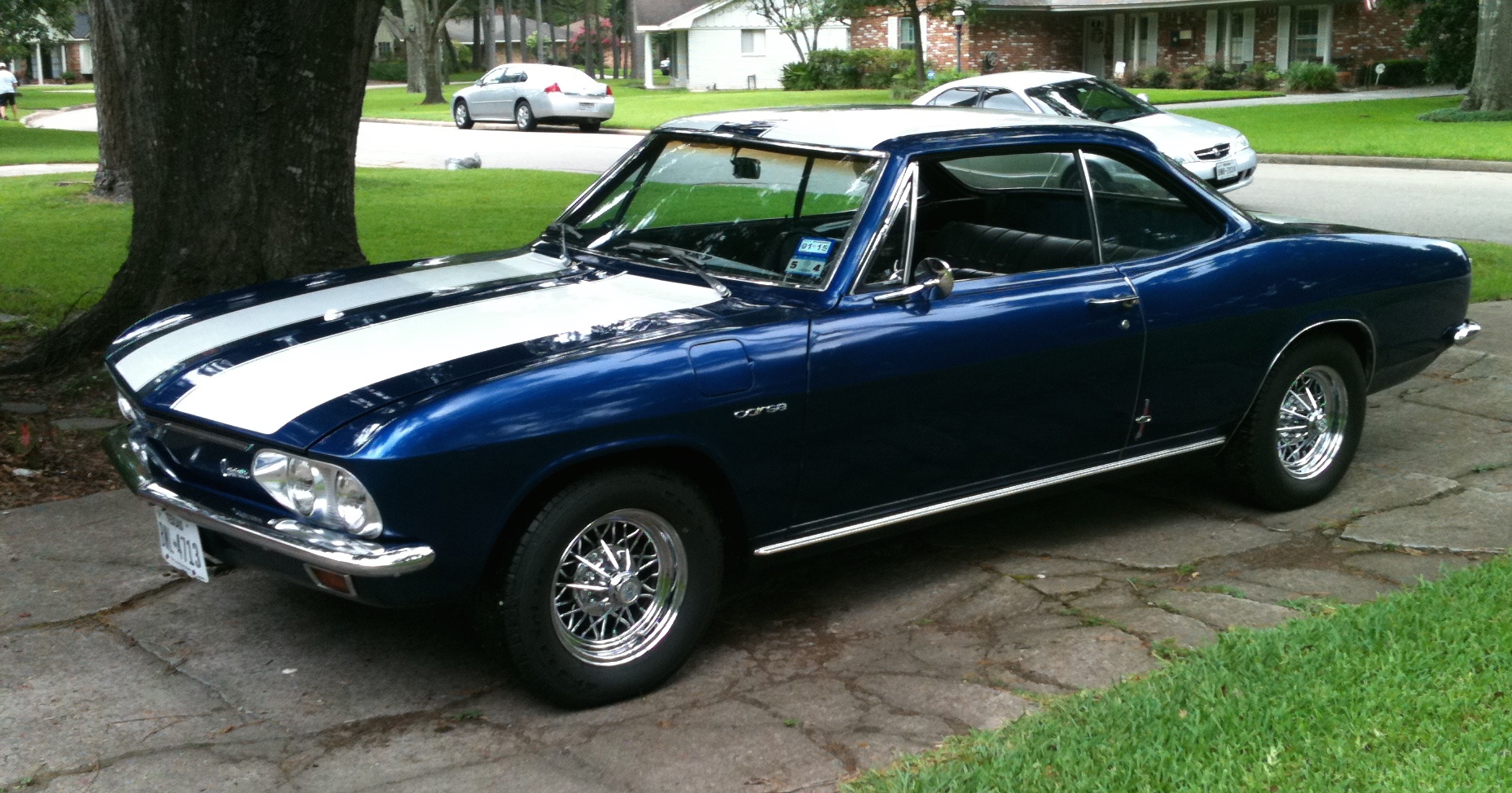 I have been looking for a 1966 Corvair Corsa for years as a fun hobby car to have after I retired.

I saw an ad for a 66 Corsa at the estate sale of Horace C Rodgers, a Purple Heart, WWII hero who was a pilot of a B26 named Flak Bait. That plane flew more missions that any other plane and is in the Smithsonian air museum.

I contacted the auctioneer to introduce myself and promised his two young children stuffed Wells Fargo Bank ponies if I won the auction.

On the day of the auction I was bidding on the Corsa but my computer lost connection. My high bid was $6,000.

By the time I reconnected, the auction was over and the winner got the car for $9,000. I was bummed out, but $6k was my limit.

My interest turned to another Corsa on eBay but against the rules the seller ended the no reserve auction because I would have gotten it for $4,500. I was bummed again.

Then one day the auctioneer called me to see if I still wanted the Corsa from the estate sale because the buyer never responded. I said yes, but at my high bid price, not the other guy’s price.

The auctioneer said he would check with the family and get back to me.

A few days later the auctioneer called and said the car was mine and even shipped it to me before I paid for it.

When the Corsa arrived it was just like I expected so I paid the auctioneer and sent his children the ponies.

I commented on Mr. Rodgers’ obituary page saying that he was a member of the greatest generation, a hero, and I could tell he really liked caring for the Corvair!

His grand daughter comment back “Thanks” for saying such nice words about her grandfather and she hoped I enjoyed the car as much as he did.

The way it all turned out was too cool!