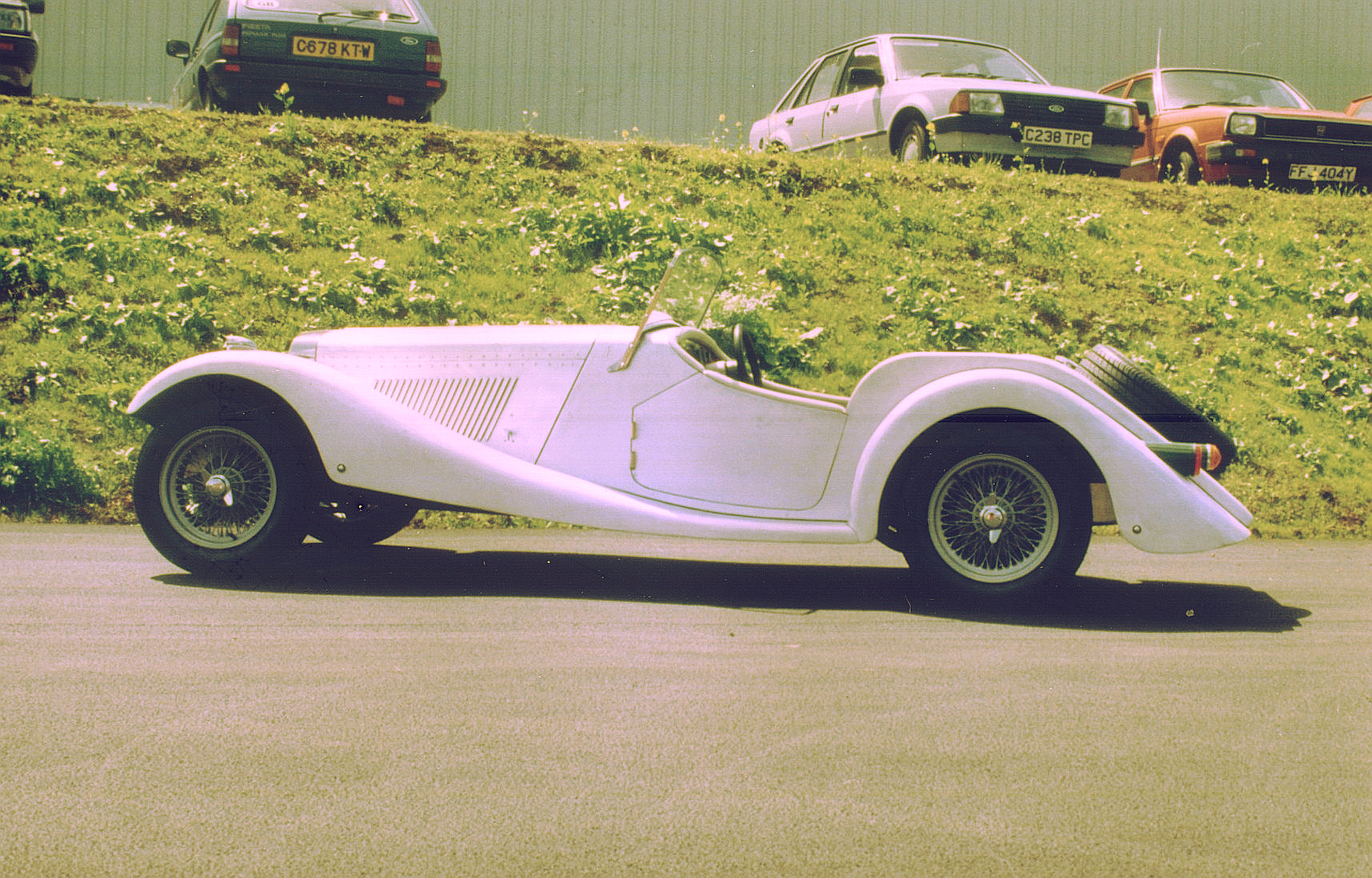 Three years ago, a 1937 Squire 1 1/2-liter drophead coupe with English Corsica bodywork sold at the RM Auctions sale at Amelia Island for $990,000. Now, and after some 20 years in storage, a prototype for the supercharged Squire Eight has emerged and is being offered for sale. This car is just the prototype, but also includes the design data and manufacturing tooling as well as the rights to original Squire Motors Ltd. company name.

According to a news release, the prototype and company rights are being offered because their owner is in “advancing years” and has experienced “a change in priorities.”

The original Squire Car Manufacturing Co. Ltd. was established in 1931 at Henley-on-Thames in Oxfordshire, England, by Adrian Morgan Squire, who sketched out the basics for a car while still in school.

Squire worked as an apprentice at Bentley and as an assistant draftsman at MG. Achieving the age of 21 and inheriting a substantial sum of money, he launched Squire Motors Ltd., which repaired and sold sports cars. Three years later, he added Squire Car Manufacturing to produce a sports car powered by a 1.5-liter Anzani R1 four-cylinder engine topped by twin superchargers.

The car included brakes so large and strong that on occasion the front spring shackles could fracture as the car came to a stop, which it reportedly could do within 33 feet from a speed of 30 miles per hour.

But the Squire was also fast and nimble and could compete favorably with the likes of the Bugatti Type 55 and the Alfa Romeo 8C 2300. One key to the car’s capabilities was the ahead-of-its-time suspension Squire developed to stiffen as it underwent loading under acceleration, braking or in turns.

Only a few of the very expensive cars were produced before Squire closed the manufacturing business in 1936. A customer hired ex-Squire mechanics to produce two more cars after Squire left and went to work at Bristol Aeroplane (Squire became a war casualty during an air raid in 1940.)

The car that sold three years ago at Amelia was one of the cars built after Squire left the company and had been shown at both Pebble Beach and The Quail Motorsports Gathering, as won awards when shown at the Amelia Island Concours d’Elegance.

The Squire name was revived in 1984 when the Squire Sports Car Co. Ltd was established. In nine years, the company went through five iterations as a business entity and produced some 16 vehicles using historic ash-frame construction and aluminum bodywork, with various mechanical components from Ford Cortina, Alfa Romeo 1750 and Rover V8 models.

The prototype for the Squire Eight is an aluminum-bodied roadster with the Squire sloping chromed radiator and was produced in the early 1990s. It rides on a semi-monocoque peripheral-frame chassis with independent suspension and was designed to carry the ex-Buick V8 engine often used in Rover vehicles.

The prototype was displayed at shows but was not developed into a road-going vehicle. ClassicCars.com has learned the asking price for the prototype is in the very low six figures. Inquiries can be made through the squiremtoros.co.uk website.

“In hindsight, the supercharged Squire Eight might be said to have been born out of time,” according the news release announcing the car’s availability.

“The car’s price tag put it somewhat above the comparable Morgan model – the Plus 8 – whilst starting to encroach upon the then still-reasonable restoration costs of an existing older classic, which came with a correspondingly more assured resale value.

“At the other extreme, the ‘90s saw a tremendous surge in the production of neo-classics and replicas, most of whose sales appeal centered around naked power with an almost deliberate disregard for long-distance creature comfort. The Squire Eight’s restrained elegance of line and all-round attention to detail was perhaps just too understated for its era’s zeitgeist.”

Trio of custom Mopars for sale at Barrett-Jackson Houston auction