Mazda gets ‘central feature’ display at 2015 Goodwood Festival of Speed 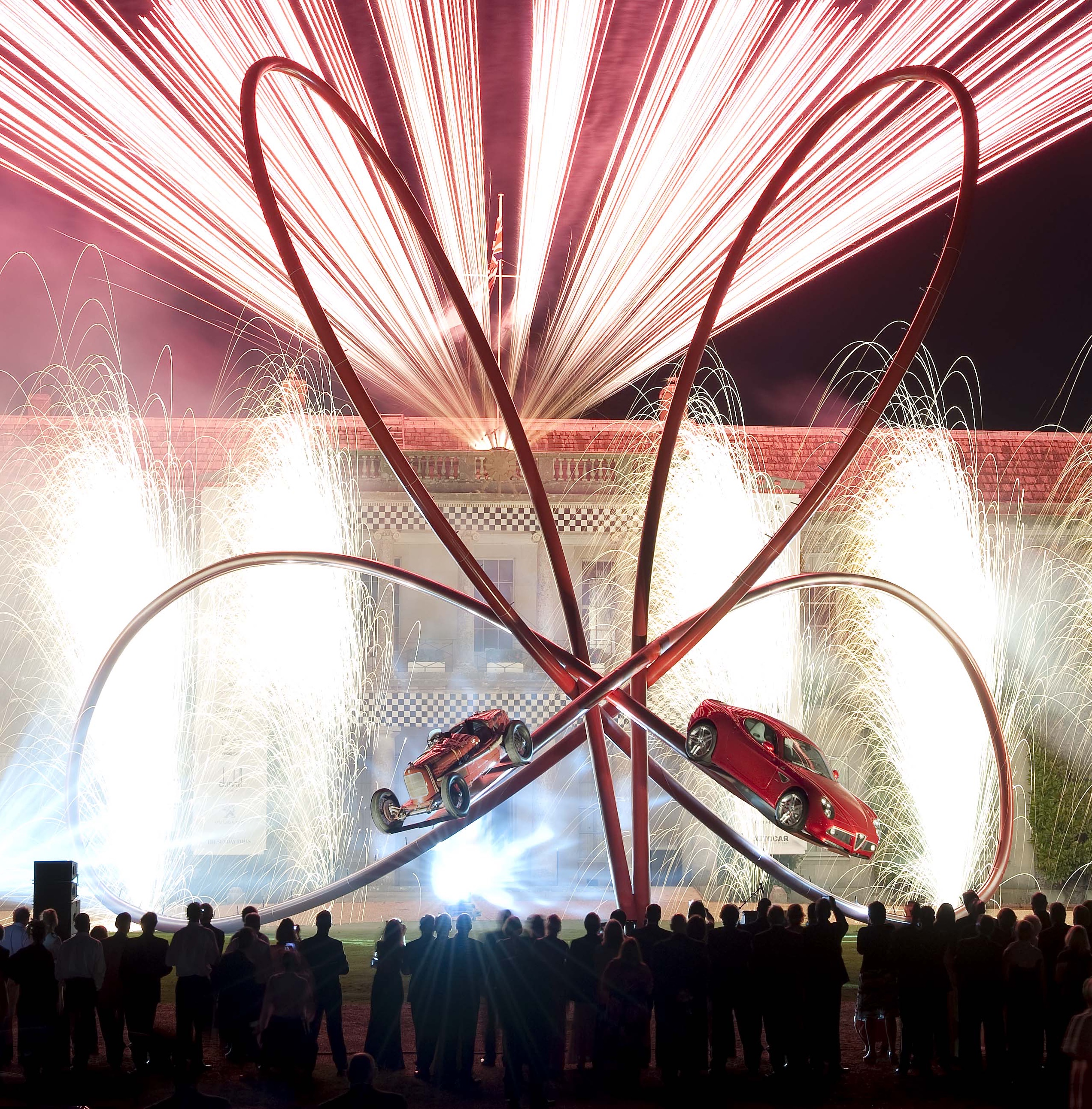 Many classic car events, from concours to vintage races, designate a featured marque, focusing attention on a particular automaker and its historic vehicles, perhaps Porsche or Duesenberg or the designs by Pininfarina. At the annual Goodwood Festival of Speed, they have a Central Feature, a spectacular Ferris-wheel-sized piece of art that literally elevates automobiles as true art.

At the Festival of Speed this year, the Central Feature will display Mazda and its Skyactiv technology.

The artwork, which towers above the Goodwood House. has yet to be revealed, but it again will be done by Gerry Judah.

“The theme for this year’s Festival of Speed is ‘Flat-Out and Fearless: Racing on the Edge,’ and Mazda’s continual push to reject engineering conventions and strive for something unique perfectly aligns with this philosophy,” Lord March, host of the Festival of Speed and other events at Goodwood, said in a news release announcing Mazda’s selection.

“We are delighted to be celebrating Mazda’s motorsport achievements and pioneering road-car technologies with the Central Feature, and to help it showcase its brand-new cars to an international community of car enthusiasts and the world’s automotive media – an audience that only Goodwood can attract.”

“Mazda has a long and proud heritage in racing, and through motorsport has demonstrated its engineering challenger spirit through the rotary engine, its Le Mans win and the LMP2 SKYACTIV diesel prototype currently racing in the United States,” responded Jeremy Thompson, managing director of Mazda Motors UK.

“We were also the manufacturer who defied convention by bringing an affordable two-seat sports car to market when all other manufacturers were deserting that market segment.

“Mazda also has more cars, and cars with Mazda engines, racing each weekend in the United States than any other manufacturer, and it is all these landmarks and achievements that we will be celebrating at Goodwood this year.”

The temporary landmark that will celebrate Mazda will be designed by Judah, a descendent of the Jewish community in Iraq who was born in India and educated in England.

He combines those elements in his annual Central Feature at Goodwood. Mazda is the 14th automaker to be featured in one of his works at the festival. Mazda celebrates its 95th anniversary in 2015 and is the only Japanese automaker to have won the 24 Hours of Le Mans race (in 1991).