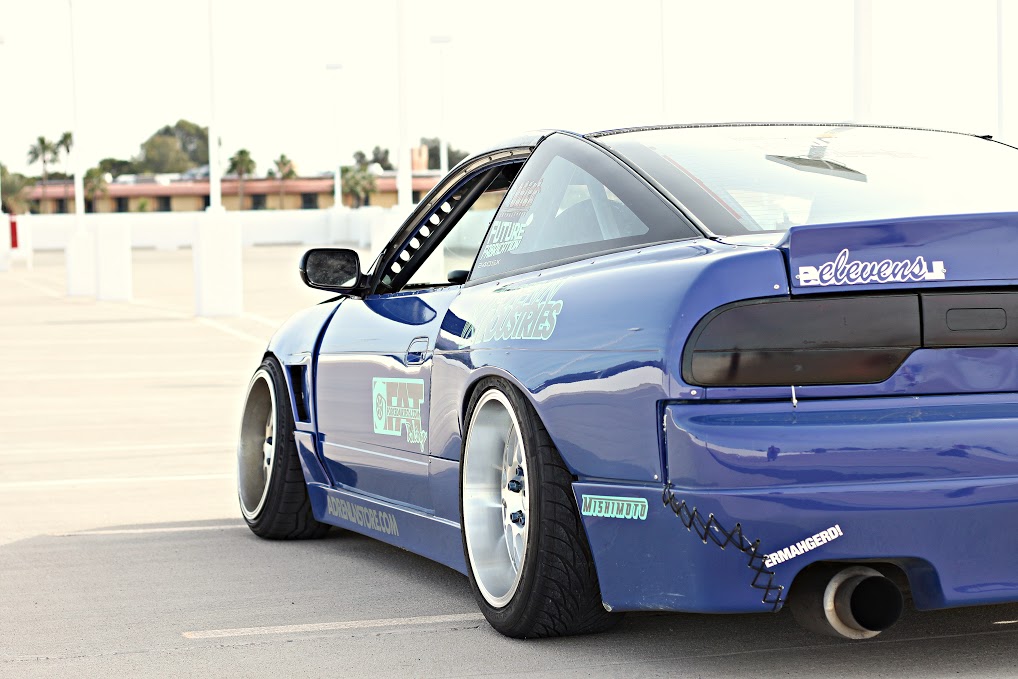 When the movie The Fast and the Furious came out in 2001, the import tuner industry was in full swing in the United States. The movie featured a 1997 Nissan 240SX with Advan wheels and a huge spoiler, and driven by Michelle Rodriquez, it really caught everyone’s attention.

The first 240SX was produced in 1989, and Nissan ended production in the summer of 1998. During that timeframe, Nissan produced well over two million 240s for the American market.

There are two separate generations of the 240, thus creating many names that car enthusiasts can choose to call this car.

The 240SX has been called the S13, S14, Silvia (the Japanese market name), S, 180SX (Japanese market) and the 200SX (the European and Australian markets). With the similarities between all models and names, American 240 owners are a distinct and very individual group that idolizes their cars for the things that they can do.

The first generation 240SX, or the S13, was produced from 1989-94. The S13 has three separate models: the coupe, the fastback and the convertible.

The middle period of the first generation was a time of a few minor body changes. Enthusiasts were more excited about the 15-horsepower boost that came with the double-overhead-cam engine upgrade. However, even with the power boost, critics said the 240SX was underpowered for its size, forcing many tuners and drifters to special order the higher-powered Japanese-model engines or experiment with domestic V8s.

For the second generation 240SX, the S14 from 1995-1998, Nissan replaced the fastback and convertible with SE and LE versions of the coupe. The major differences from the first generation were predominately in the body design, making it look more like its Japanese market counterpart. However, Nissan also gave the new 240 a two-inch-wider wheelbase and a stiffer suspension.

What do millennials love about the 240SX? It’s easy to drift. The 240SX is one of the most popular cars used for the sport. While drifters love and respect their 240SX just as much as a tuner, they demand a lot more from the SX than others.

Their modifications often entail engine and performance upgrades that are done in an effort to make drifting easier. Popular modifications include installing a limited slip differential and coilovers. And, of course, you can expect to replace a lot of tires due to the awesome hoonage.

Losing body parts while drifting is not exactly uncommon… so in the unfortunate event of damage to the 240 during drifting, replacing body kits and intercoolers may be necessary. There are many companies’ around that have custom parts for the 240 as well as all the regular mechanical replacement parts to keep the car running or revert back to stock.

While the Hagerty Price Guide lists only 300ZX among collectible Nissan models, prices for the 240SX are steadily going up as the millennials get older and drifting becomes more popular. Kelley Blue Book’s Collectors Edition has 240SXs from less than $5,000 to as much as $8,250 for a 1993 or 1994 convertible.

Today when looking for a 240, most buyers are looking for an unmolested vehicle so they have a clean platform to modify and make their own. As the car gets older, buyers are going to pay more and more for those rare untouched 240s, so be sure to keep all the original parts.