How at age 13 I obtained Texas driver’s license 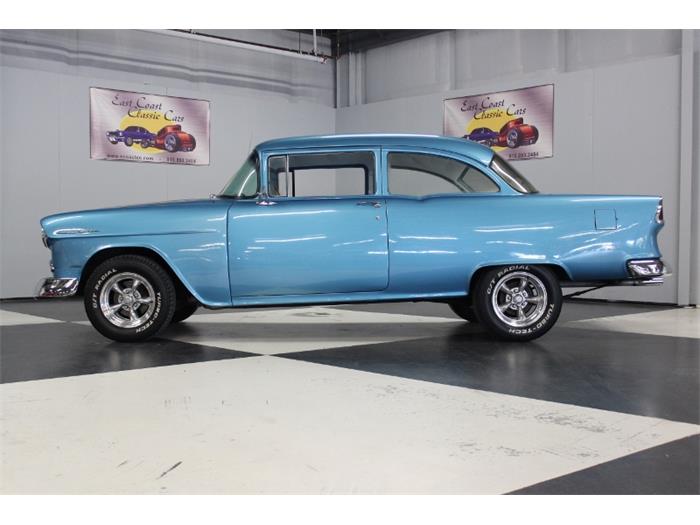 It was an eight-hour overnight trip from the tiny Texas panhandle town of Borger to Tulsa, Oklahoma, where my grandfather lived. Two adults, five kids, we’d pile into our 1957 Plymouth and my father would let his 12-year-old son —me —sit on his lap and steer through the night, often while eating a peanut-butter sandwich.

Upon our safe arrival, my grandpa would take me for a ride in his 1955 Chevy 2-door post, 6-cylinder engine, 3 on the tree transmission. When we weren’t in the car, I’d open the hood and stare at all that mechanical mayhem, desperate to know how it all worked —and I was destined to find out.

I was still only 12 when my grandfather passed and left me his Chevy. I was still two years away from the minimum age for applying for a driver’s license in Texas. Usually, you had to be 16 to get a license, but there were special provisions under which you could drive legally at 14.

I was still two years away from even being 14, so I decided to tear the Chevy apart. I rebuilt the engine and had a body shop friend of my dad’s paint the car a metallic blue.

[pullquote]That was to be my ticket to applying for an early license; I had to have a job that required me to drive.”[/pullquote]

All day every day, I talked about getting my license. When I turned 13, having had my first real taste of machinery and motors I was ready to seek out a real car job at a local car lot. That was to be my ticket to applying for an early license; I had to have a job that required me to drive to be eligible to apply for the age waiver.

I drove my ’55 Chevy to the car lot. They never even asked if I had a license, after all, they saw me drive right up. I was getting paid to wash cars and polish chrome.

It was not long before they discovered I could fix anything, no matter whether I had seen it before or not. One day, I was asked if knew how to roll back the mileage on odometers. I had no idea so, of course, I said sure, no problem! But, that is a whole other story.

I was still 13 when, one fateful day, my father delivered tragic news. The State of Texas was changing the minimum age for a driver’s license to 16 — the 14-year-old age limit hardship waiver was going away. Worse yet, the law would go into effect Monday August 1st 1967.

I was devastated. I was set to turn 14 on Sunday, July 31st, the day before the law was to change. The DMV was closed on weekends. I was going to turn 14 and not be able to take the test until Monday August 1st, the day the law would forbid me from applying for a license until I turned 16.

Straight from the pages of, “it pays to know someone”, my father happened to be best of friends with the local police chief, who knew the local DMV officials and several state troopers. This would become my first lesson in politics.

After some wrangling and a couple of deer hunting trips hosted by my father, the plan was hatched that if I took a student driver course, a state trooper would give me a driving test on Saturday July 30, 1967, the day before my 14th birthday, and two days before the law would change. One caveat, my driving test was to be dated July 31st, 1967. Apparently Sunday, my 14th birthday, was out of the question as church was an institution not to be messed with. I would have only one shot to pass the test.

Now, for a 13-year-old, that’s a lot of pressure. Son, you are going to climb in your ’55 Chevy and take a state trooper for a cruise. If you screw it up and miss one lane change signal you will be sitting in the back seat for the next two years. Today, the thought of taking a state trooper for a ride still fills me with fear!

One other important point I should mention,  a 1955 Chevy has a giant steering wheel. I was a 13-year-old runt of a kid. I could not even see over the steering wheel. I looked through the spokes of the wheel to see the road ahead.

In preparation for the test, I pulled the seat out of my Chevy and bolted two-by-four wood blocks beneath it to raise it up.

Finally, test day. I made sure I was all  set:

Sweating like a pig at a pot roast? Check.

[pullquote]He gave me a written test of about 15 questions. It was a no-brainer.”[/pullquote]

On the day of my test I drove a car to the DMV office, where I met the trooper. He gave me a written test of about 15 questions. It was a no-brainer. He glanced at the test but paid little attention to any detail.

“Let’s go,” he said. I climbed in, adjusted my mirror, started my ’55 Chevy, looked over my shoulder and backed out of the parking space.

“Where would you like me to go?” I asked.  In a voice of authority he replied, “Want a burger? There is a Burger Chef right across the street.”

Yes, sir, and off we went. Did he really just say go to Burger Chef? It was only 50 yards from us.  The state trooper (name withheld to protect the sanctity of the office) bought me a cheeseburger for 18 cents plus tax.

After our dining experience and some car talk it was time to resume the driving test. He said to stop back at his office.

Had I failed so quickly? Was it over already?

I drove back across the street and pulled into the parking place. The trooper opened his door and said, “Good job, come get your license.”He walked inside. I sat there, bewildered.

Back in his office, I sat while he pecked at his now-ancient ribbon typewriter. I finally got the nerve to ask if that was really the entire driving test.

Without so much as lifting an eyebrow he said, “Son, we have seen you drive your ’55 Chevy all over this town for the last year, I don’t think you will have a problem.”

Barry Sprague
Barry Sprague is an automotive lifer, living his entire life within the confines of the automotive industry. The youngest person in Texas to get a driver�s license at the age of 13, he built his first 55 Chevy 2 Door Post that very year. An ASE Certified Master Technician before the age of 20 he was the youngest shop foreman ever of a major metropolitan GM dealership. Barry has held technical positions with the American Automobile Association, written used car buyers books and consumer articles, and was an automotive journalist for local ABC and Fox affiliates. Barry founded the first nationally recognized ASE Master Certified automotive inspection company, and has built numerous record-breaking, and award-winning restorations. Barry joined the ClassicCars.com staff team in 2014 - his current obsession is �the next big thing�, and rat rods.