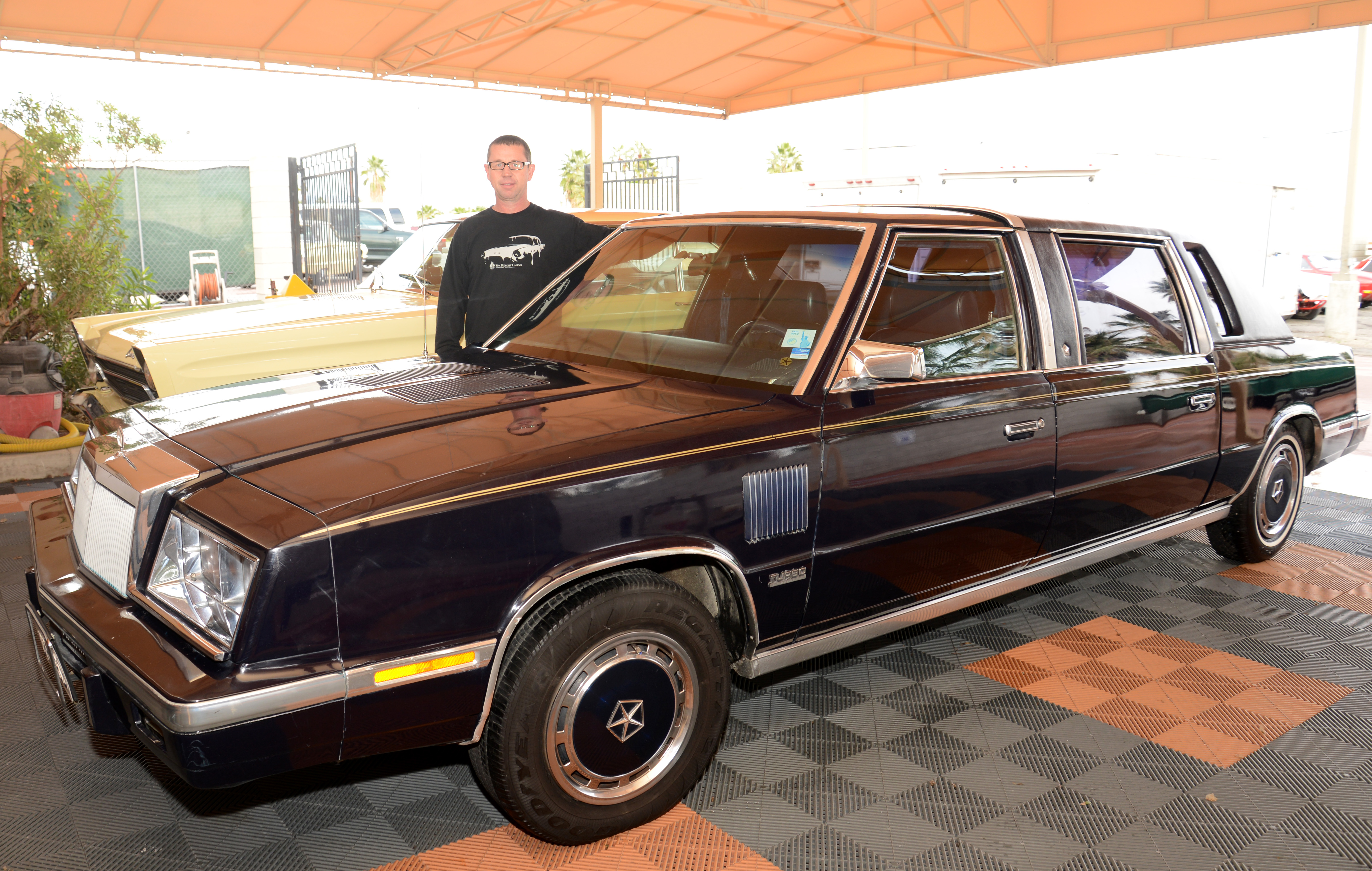 “We expect another great auction this winter,” Keith McCormick said, adding a “variety of classic and collectible vehicles are already signed up” for McCormick’s 58th auction February 20-22 at the Spa Resort Casino parking lot in downtown Palm Springs, California. The auction is expected to include 580 classic and collectible cars, trucks and motorcycles.

McCormick’s 57th sale, held at the same location in November, grossed $7.7 million in sales, the highest in the company’s 28-year history.

“Our sales rate tops 80 percent, which (for us) is a record for a reserve auction,”Keith McCormick said, adding that attendance also set a record.

A highlight of the upcoming auction is Frank Sinatra’s 1986 Chrysler LeBaron limousine , which will cross the block with no reserve.

After Sinatra used the “short” limo for several years, “It was gifted to his housekeeper of 30 years in 1995,” said Jason McCormick, Keith’s son and the auction manager. The dark blue limo had 6,568 miles on it at the time of the transfer and the car has been kept in a garage for many years. The odometer shows 77,174 miles.

As important to some collectors as the car itself is all the paperwork and documentation that includes Sinatra’s signature on the bill of sale.