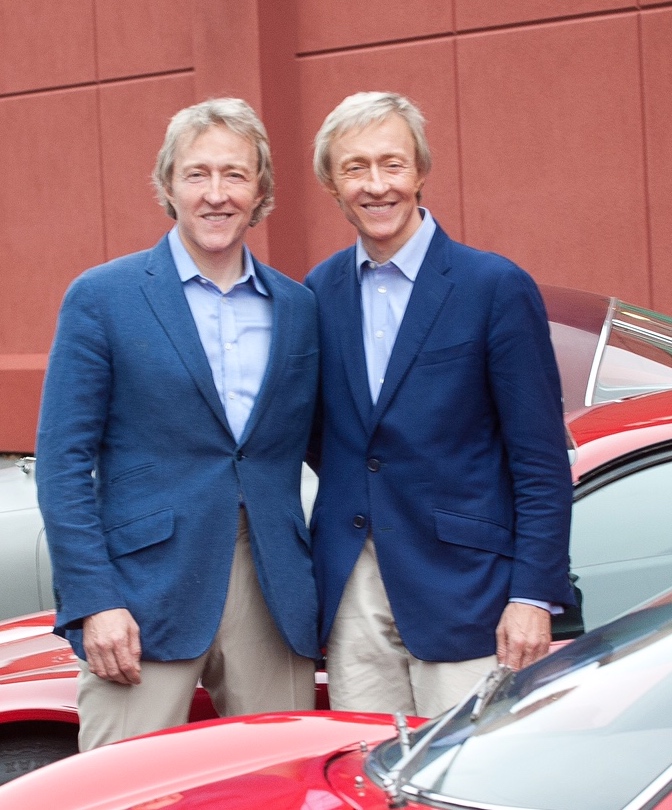 The launches of two new classic car auction houses were announced Tuesday, and one of them figures to further enhance the growing popularity of the car-collecting hobby in the United States.

Omaha-based Proxibid announced an exclusive partnership with Leigh and Lesie Keno and their business partner Ken Sterne in the launch of Keno Brothers, an online auction house that will focus on premium collector cars.

The American classic car community has long known the Kenos as car collectors, vintage racers and judges at concours from Pebble Beach to Amelia Island. But perhaps even more significant for the growth of the hobby is that the greater American public also knows them as the expressive blond brothers who evaluated all that antique furniture on public televisions’s long-running Antiques Roadshow.

Signficant for the car collecting hobby is that the Kenos will do their auctions online via the Proxibid Marketplace.

“We are delighted to bring the most sought-after collector cars to global buyers via Proxibid,” Leigh Keno said in a news release.

“This new partnership enables Keno Brothers to provide a superior buying experience that offers all of the cache of exclusive international events, combined with the convenience of buying online through Proxibid’s trusted Marketplace,” Leslie Keno added.

Proxibid specializes in the buying and selling of high-value items. It reports that some $2 billion in inventory passes through its online auctions annually, ranging from real estate and industrial equipment to fine art, antiques and soon classic cars.

“Their name brings attention,” Donald Osborne, well-known classic car expert and appraiser told ClassicCars.com of the Kenos’ new project. “They have the experience and expertise that would encourage bidders to say that if they have endorsed it, then we can trust it, and that’s the biggest challenge online.”

Still, Osborne added, bidding online doesn’t provide the same emotional experience as standing in front of a beautiful car and then placing bids.

Online auctions have gained increasing acceptance with fine art collectors, and are making inroads with car collectors as well. Rick Cole returned to the Monterey Peninsula last summer with a format that had the cars on display, but with all bidding done via the Internet. Auctions America recently staged an online auction. European companies also are employing the format. Speaking of Europe…

In addition to the Kenos new venture, Silverstone Auctions of England announced Tuesday the launch of Classic Car Auctions (CCA), which it calls “a specialist auction house for the sale of ‘everyman’ classic cars.”

CCA will hold its first sale March 3 in the Formula One pit garages at the Silverstone racing circuit. Then, starting in April, it plans to hold an auction the first Tuesday of every other month at Silverstone.

“Our aim with this new venture is to make buying and selling a classic car as easy and as straightforward as possible, as well as to inject some energy into this area of the market,” Joe Watts, CCA auction manager, said in the news release.

CCA anticipates its typical vehicles will have value of around $40,000. Consigning a car will cost about $125, with the auction house charging six percent fees to buyers and sellers.

“For buyers, CCA will offer the opportunity to buy an impressive selection of iconic classic cars, from Golf GTis, to MGBs, Minis and Alfa Spiders,” said Watts. “We will offer a fantastic selection of affordable classic cars including potential projects, those that can be enjoyed every day as well as best of breed examples. Each will be presented with extensive information and detailed condition reports.”