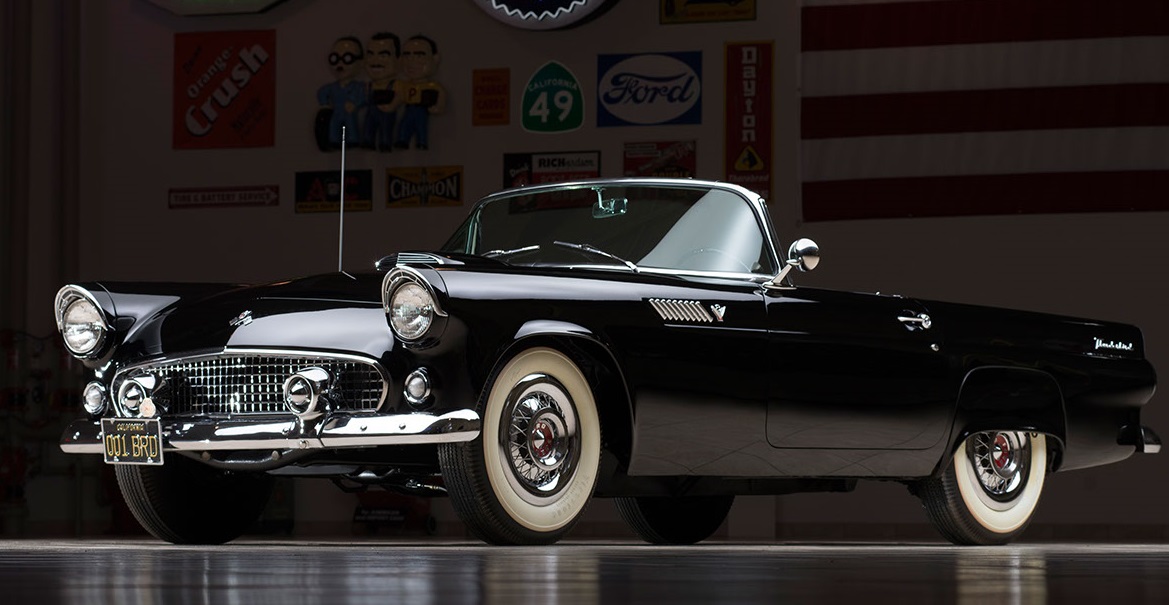 Editor’s note: This is the 25th in a 30-day series featuring cars from the Ron Pratte Collection that will be sold this month at Barrett-Jackson’s Scottsdale auction.

‘The rarest of ‘Birds,” this 1955 Ford Thunderbird VIN #0005 was used as the test vehicle when Sports Illustrated ran an article on October 4, 1954, titled “Testing the Thunderbird.”

Produced at the Michigan factory on September 9, 1954, Ford verified the status of this car in 1966 by designating it as the most valuable T-Bird in existence.

Capturing the attention of writers, collectors and car buffs throughout its existence, this car has been featured across magazines, television, museums and special events such as the 1984 Olympics. The Ford Motor Company took the car, usually in its private trailer, to various events such as their national conferences and car shows, including those at their headquarters in Dearborn.

Question of the Day: Who is your favorite car parts company?