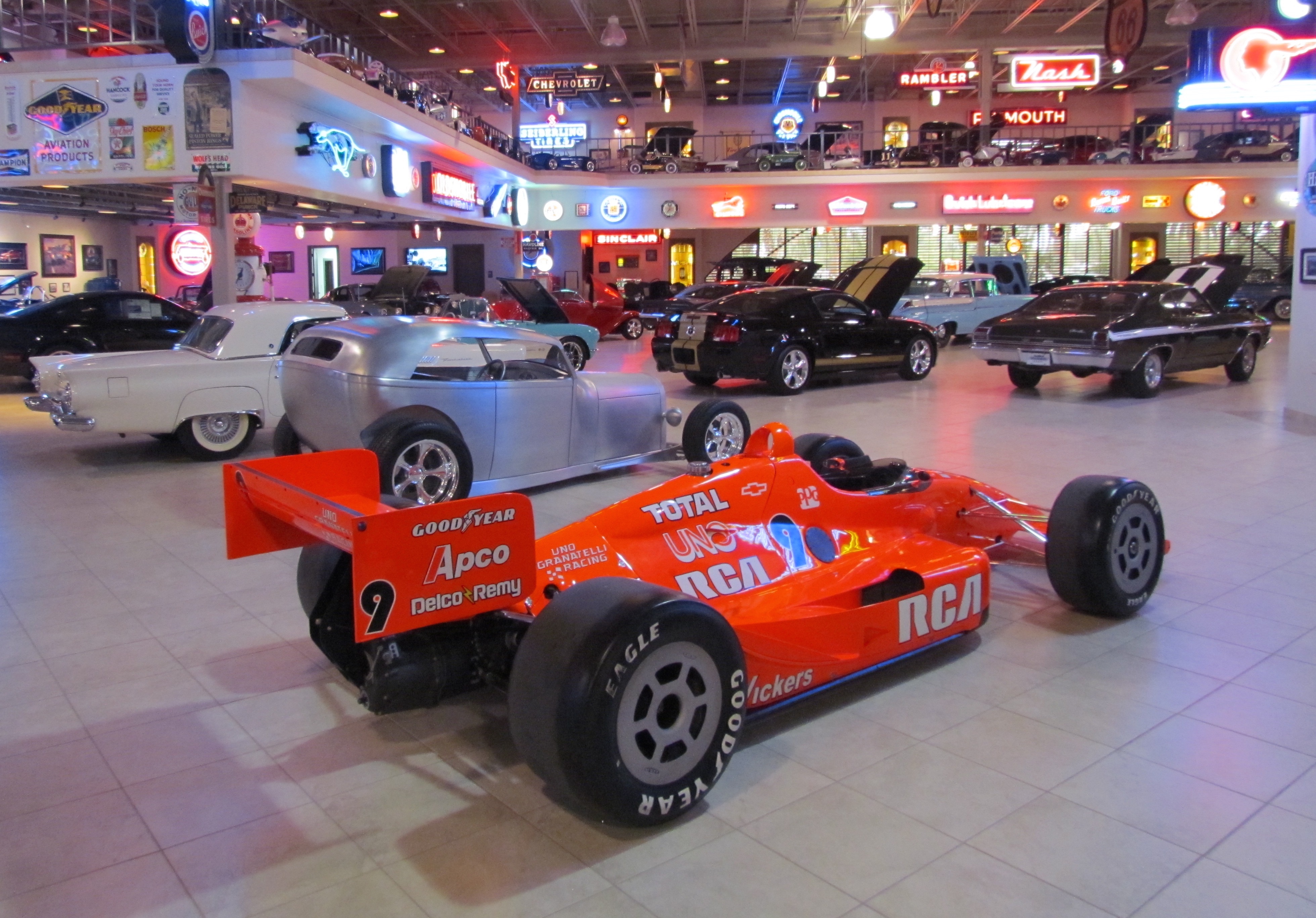 The sale of private collections was a big and consistent story in 2014. Recall just three of the many:

Yet all of them have been overshadowed by the announcement that Ron Pratte will sell his collection of vehicles and automobilia in January at Barrett-Jackson’s Scottsdale auction.

Pratte pretty much burst onto the classic car scene around a decade ago after selling his construction company and taking a front-row seat at Barrett-Jackson, where he quickly amassed — many would say way overspent — to build a stunning collection of nearly 150 vehicles.

Turns out, however, that Pratte wasn’t really a newcomer to the hobby. For years, unknown even to his own employees, he’d been seeking out and buying automotive neon signs, gas globes and other automobilia, which he stored away in secret in several semi trailers.

Once he starting adding cars to his collection, his taste ran to America muscle and especially to performance cars built by Carroll Shelby and custom cars by Body Coddington.

While your taste in vehicles and Pratte’s might be very different, the fact remains that in building his collection, he donated huge amounts of money to charities, especially those that benefit children and Armed Forces veterans in need, so don’t try to tell a child who got a special wheelchair from Darrell Gwynn or an injured veteran that Ron Pratte was foolish with his money.

Just as Pratte built homes and then sold his company, he built perhaps the country’s most amazing man cave for his car collection. Now that it’s completed — and filled — he’s moving on again, to new building projects.

Pratte’s automotive collection is so large that Barrett-Jackson is adding several days to its Scottsdale sales schedule, which will open with three days of automobilia sales and on Tuesday, January 13, will offer more than 100 of Pratte’s cars. The remainder — the stars of the Pratte collection — will be part of Barrett-Jackson’s annual Saturday prime-time show.

And once again, charity will benefit. Pratte first came to the classic car community’s attention when he bought the GM Futurliner at Barrett-Jackson for $4.32 million. Early next year, that vehicle will be sold, with all proceeds going to a veterans’ benefit charity.