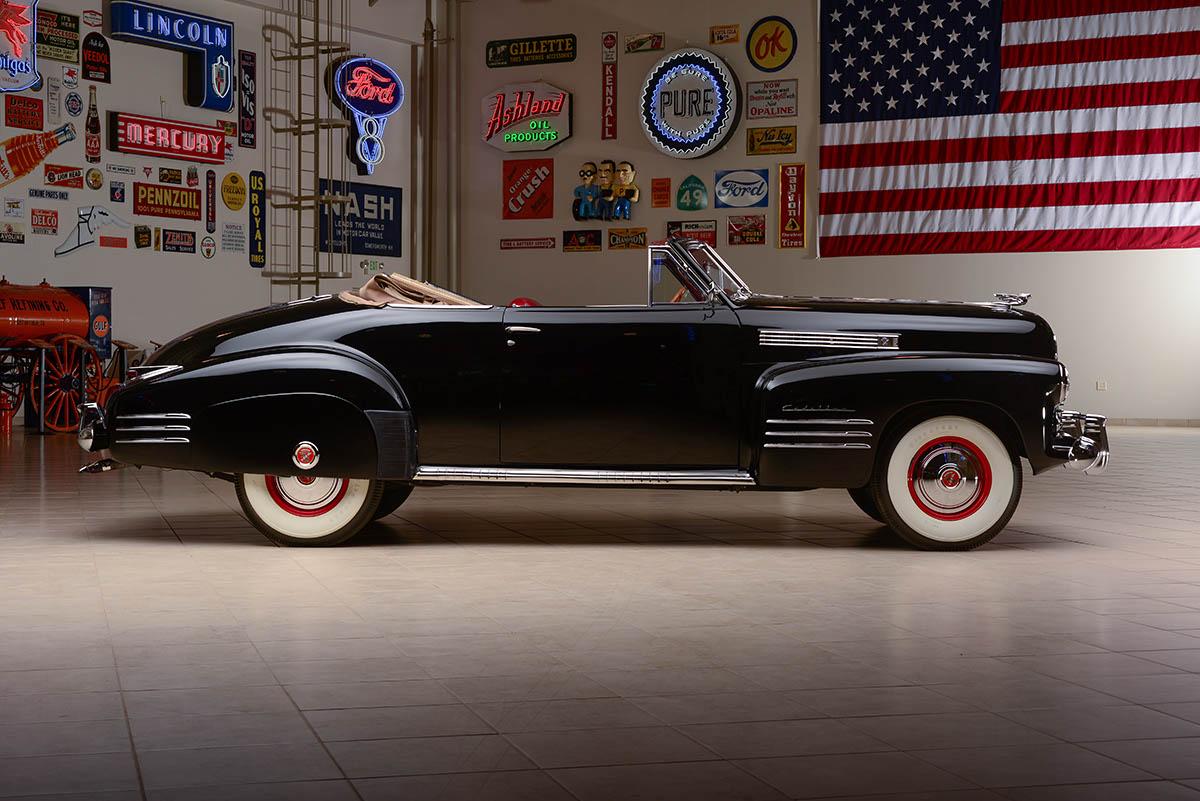 Editor’s note: This is the 13th in a 30-day series featuring cars from the Ron Pratte Collection that will be sold at Barrett-Jackson’s Scottsdale auction in January.

This pre-war, 1941 Cadillac Series 62 Convertible (Lot #2022) was one of the last cars built by Cadillac before it converted its factory to the war-time production of tanks. Cadillac automobile production would not resume again until 1946.

This model Cadillac benefitted from the refined and sophisticated styling of the legendary Harley Earl as well as the imaginative design of a young William “Bill” Mitchell. During the introduction of this model, Harley Earl said it best, “We want the customer to be able to walk around the car and be entertained the entire trip.”

For the 1941 model year, Cadillac introduced an imposing new front-end design with flowing curves and a distinctive egg-crate grille with an astonishing amount of gleaming chrome. It also combined such style and grace with advanced engineering and a wonderfully smooth ride to make this a safe and prestigious automobile.

This Tuxedo Black convertible was restored emphasizing a refit of all body parts with a very precise fit and finish. The red-trimmed wheels with rear fender skirts and the correct red Cadillac emblems make for a striking contrast.

The interior is red and luxurious with just the right amount of patina. The dash is a carefully painted wood grain that was an original and highly desired finish.

The Haartz cloth top is tan and the mechanism has the proper chrome braces and window surrounds.

The legendary Flathead V8 engine is properly detailed and runs with smooth and quiet power. The 346-cubic-inch L-head V8 engine is topped with the original Stromberg carburetor and oil-bath air filter. It puts out 150 horsepower and is coupled to the optional Hydramatic transmission.

The highly domed “coffin” hood is topped by the bold “Goddess of Speed” ornament that also functions as the hood release mechanism and is typical of the Cadillac commitment to style and function.

The 1941 Cadillac Series 62 convertible is scheduled to cross the auction block in Scottsdale on Tuesday, January 13.