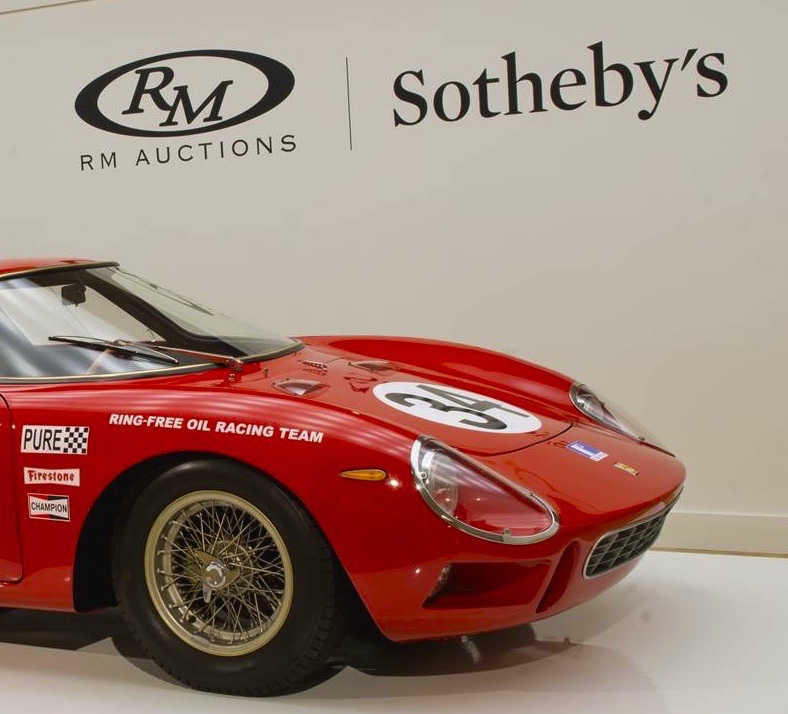 In the fall of 2013, RM and Sotheby’s “set out to create the finest automobile auction that there has ever been,” which is how RM founder Rob Myers put it. That sale was the “Art of the Automobile” auction and was staged in New York City, where people are accustomed to purchasing major works of art but not significant collector cars.

Many saw the sale and especially its location as more of a risk than an opportunity, but RM and Sotheby’s were rewarded for their work: The auction included just 31 carefully selected vehicles — 28 classic cars, two motorcycles and an 1892 horse-drawn coach — and generated nearly $63 million in sales in just two hours.

Though there has been no formal announcement yet —RM’s offices are closed for the holidays — the RM catalog for its upcoming Arizona auction includes a two-page advertisement for an “Art Automobiles” auction to be staged in conjunction with Southeby’s in “Fall 2015.”

After the inaugural sale in 2013, Myers suggested that, “What we have established here in New York is a complete demonstration of how to bring some of the world’s rarest and most exceptional automobiles to market, in both an exciting and visually arresting way. Furthermore, the sale has successfully brought many new collectors into the market for the first time, which is fantastic news for our hobby.”

At the opposite extreme, the auctioneer suggested an opening bid of $1 million for the 2011 “Bleu Nuit” Bugatti Veyron. A voice responded “$2.1 million.” The room went silent and the car sold with no additional bidding.

The advertisement in the RM Arizona auction catalog notes that it is accepting consignment inquiries for the fall 2015 sale.