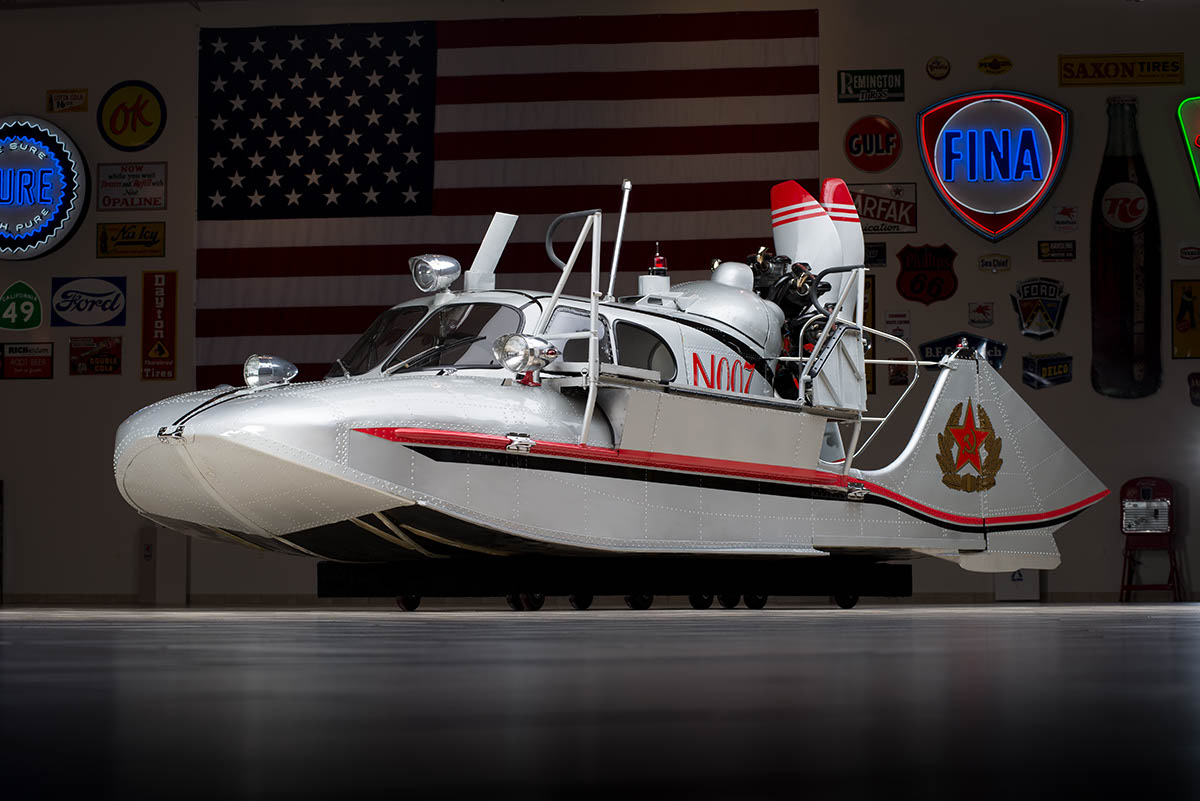 Editor’s note: This is the 12th in a 30-day series featuring cars from the Ron Pratte Collection that will be sold at Barrett-Jackson’s Scottsdale auction in January.

In 1961, the Russian military ordered the Tupolev Aircraft Company to design and build an amphibious craft small enough to be transported inside the Russian MK6 giant helicopter. The vehicle was to be used for the recovery of Russian cosmonauts downed in Siberia after completion of their space flights and had to be capable of crossing lakes, swampy tundra and hostile terrain.

The military also said the craft needed to be capable of operating at temperatures well below freezing at speeds of above 62 miles per hour.

Aleksei Tupolev (1888-1972) was a Russian aircraft designer and is considered the father of Soviet Aviation. His designs include the Tu-95 Bear, which is a famous Russian bomber, and the Tu-444, also known as the Russian Concorde. He built Tupolev into one of the most successful aviation companies in the world, employing more than 11,000 of Russia’s best engineers.

In 1965, Tupolev introduced a prototype we call the “N007” at the “Exhibition of Achievements of the National Economy of the USSR” in Moscow. His design won the “Diploma of Finest Engineer in the USSR.”

In 1999, “N007” was acquired in dilapidated condition. A German metal craftsman restored the body by hand. The engine was overhauled in Bacau, Romania, by the original factory. The restoration of the propeller and the interior of the craft also was necessary. After completion in 2004, the craft was shown at boat shows all over the country and featured in many TV newscasts and various publications.

The exact number of these cosmonaut-rescue crafts has been kept a secret, but “N007” is the only one known to be in the U.S.

The MP14B engine is turbocharged, provides 360 horsepower and has a 350-liter fuel tank for long-range operation.

This being one of the last models built, it was equipped with a leading-edge differential for control system. It has a 500-psi air pressure system to start the engine and operates without the need of batteries in super-cold temperatures.