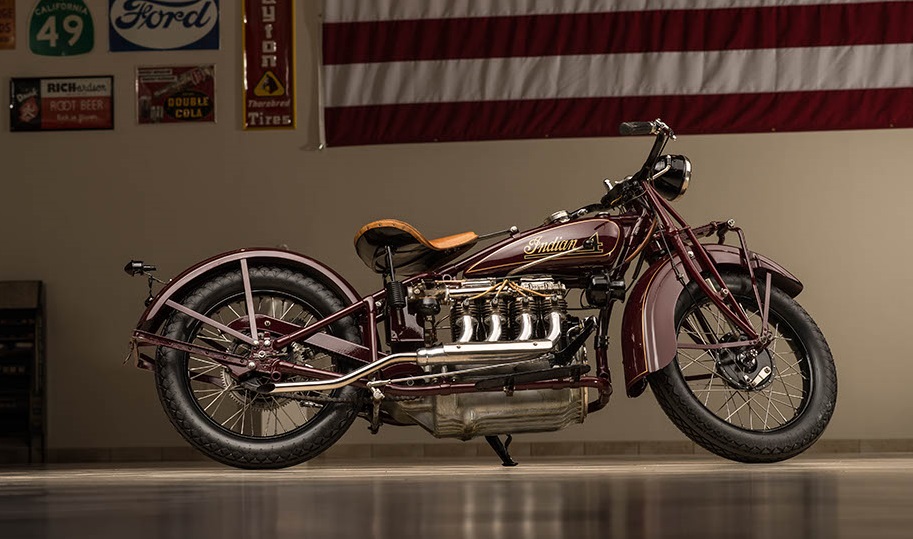 Editor’s note: This is the ninth in a 30-day series featuring cars from the Ron Pratte Collection that will be sold at Barrett-Jackson’s Scottsdale auction in January.

Commonly referred to as a “strap tank” because of how the oil tank is secured to the gas tank with nickel-plated steel straps, this 1907 Harley-Davidson Strap Tank motorcycle (Lot #2506) was produced during the famed Milwaukee firm’s third year in volume production.

It is one of 150 ’07 motorcycles built and is powered by a correct 27-cubic-inch single-cylinder engine.

Originally delivered new to Los Angeles for use by the city police department, it spent much of its life in California except for a stint in the hands of a New York collector some 30 years ago. Like most machines of its vintage, it has some stories to tell.

In particular, it was stolen in the mid-‘70s when it was in pieces awaiting a previous restoration. Justice prevailed. The cycle was subsequently purchased by Otis Chandler, who set things right by obtaining many of its misplaced original parts with help from early Harley-Davidson specialist Stu Munger. No expense was spared, and the results speak for themselves.

This 1907 Harley-Davidson (Lot #2506) is scheduled to cross the auction block in Scottsdale on Saturday, January 17.

Perhaps the ultimate expression of the American inline four-cylinder motorcycle, Indian’s 401 would define the smooth, quiet ride for nearly a generation of riders. Formerly of the Otis Chandler Collection, this 1929 Indian 401 (Lot #2058) has been restored to as-new condition.

Powered by a 77.2-cubic-inch F-head inline four with a three-speed gearbox and kick starter, the symmetry of the streamlined 4-port exhaust manifold and finned cylinder barrels elevates this stunning early luxury motorcycle into the realm of art.

In keeping with Indian’s legacy, shifts are accomplished via a chromed shift lever capped by a black ball positioned at the rider’s right knee.

This 1929 Indian 401 motorcycle is scheduled to cross the auction block in Scottsdale on Tuesday, January 13.