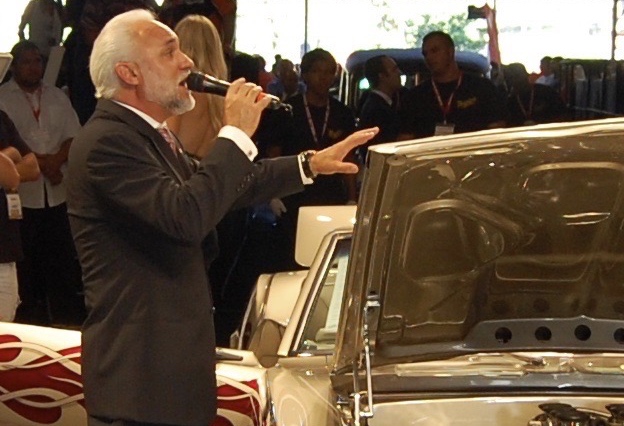 Fifteen years ago, when Drew and Josephine Alcazar were launching their Russo and Steele auction company in Phoenix, the notion of selling a car for a million dollars or more was something he might have contemplated once or twice all year, Drew remembers.

And eight-figure sales were nothing but a pipe dream.

Lately, however, such sales have become almost commonplace, to the point that business reporters write glowing stories about how classic and sports cars have become better investments than precious metals or fine art.

“It’s been a crazy, crazy year,” Alcazar said as he looked back on 2014 — and ahead to the start of the 2015 classic car auction season, in January at Scottsdale and Phoenix.

Alcazar worries that the popular perception of the classic car hobby is focused only on the top 1 percent of the market, “the tip of the spear,” as he put it.

Yes, he said, there are some cars that have experienced “exponential compounding” in their values, such as Ferraris and Mercedes-Benz 300SLs.

“But that’s a finite group of cars,” he continued.

And, he added, “It’s impossible for that exponential compounding to continue.”

In actuality, he said, probably 40 percent or more of classic car sales transactions are for less than $50,000. Yet both buyers and sellers are swept up in the “rising tide mentality,” sellers believing their cars are worth more than they actually are and buyers demanding concours-quality vehicles.

All of which makes business more challenging for the auction houses as they seek to find enough inventory. And by that he means quality inventory, the sort of cars that collectors not only want but can afford.

Alcazar said it will cost his company nearly $2 million to stage Russo and Steele’s Scottsdale auction in January.

“It’s like throwing a big party and hoping somebody comes,” is how he put it.

It’s supposed to be fun.”

“It’s supposed to be fun,” he said of buying such a car.

“It’s an emotional buy,” he added, picturing a couple sitting at the auction, seeing a 1957 Corvette and realizing how much fun it would be to drive that car to breakfast on weekends.

But with seven-figure cars, he said, buyers lured by the potential for investment likely need to consult not only their own bankers and financial consultants, but their ex-wife’s lawyer as well.

Our combination of tenacity and insanity.”

[/pullquote]He laughed as he admitted that he’d established his company on “our combination of tenacity and insanity,” but added, “We have to get realistic long range.”

That means taking a serious look at the Russo and Steele auction venues and schedule.

But earlier in the summer, sales at Newport Beach were down compared with the company’s inaugural auction in that Southern California beachfront community. And in part because “we threw all our eggs in the Monterey basket,” Russo and Steele’s auction just a month later in Las Vegas suffered.

“It was not a financial catastrophe,” Alcazar said, “but I was disappointed in the quality of the cars we had,” especially, he added, “as the buyer pool becomes more discriminating.”

Alcazar said he believes strongly that his company not only can but needs to do four auctions a year, perhaps even five, he said, with that potential fifth sale tied to a special event or the sale of a large, single-owner collection.

But, he said, the four primary auctions need to be spread out not only the calendar, but perhaps geographically as well.

Instead of the number of million-dollar sales, Alcazar said what he stresses with his staff are the number of cars being offered, the rate of their sell-through, and their median sales price. In 2013, Russo and Steele’s Monterey median was $49,225, but this summer that figure bloomed to $61,600.

“So far I’m really happy,” with the company’s lineup of vehicles for January in Scottsdale, Alcazar said. “The guys have done a really good job of keeping the value range up.”

Although the docket doesn’t include those 1-percent vehicles, in addition to the six-figure cars in the previous paragraph, “We have more $60,000 to $80,000 inventory than we’ve ever had. That improves the sales ratio (sell-through rate).