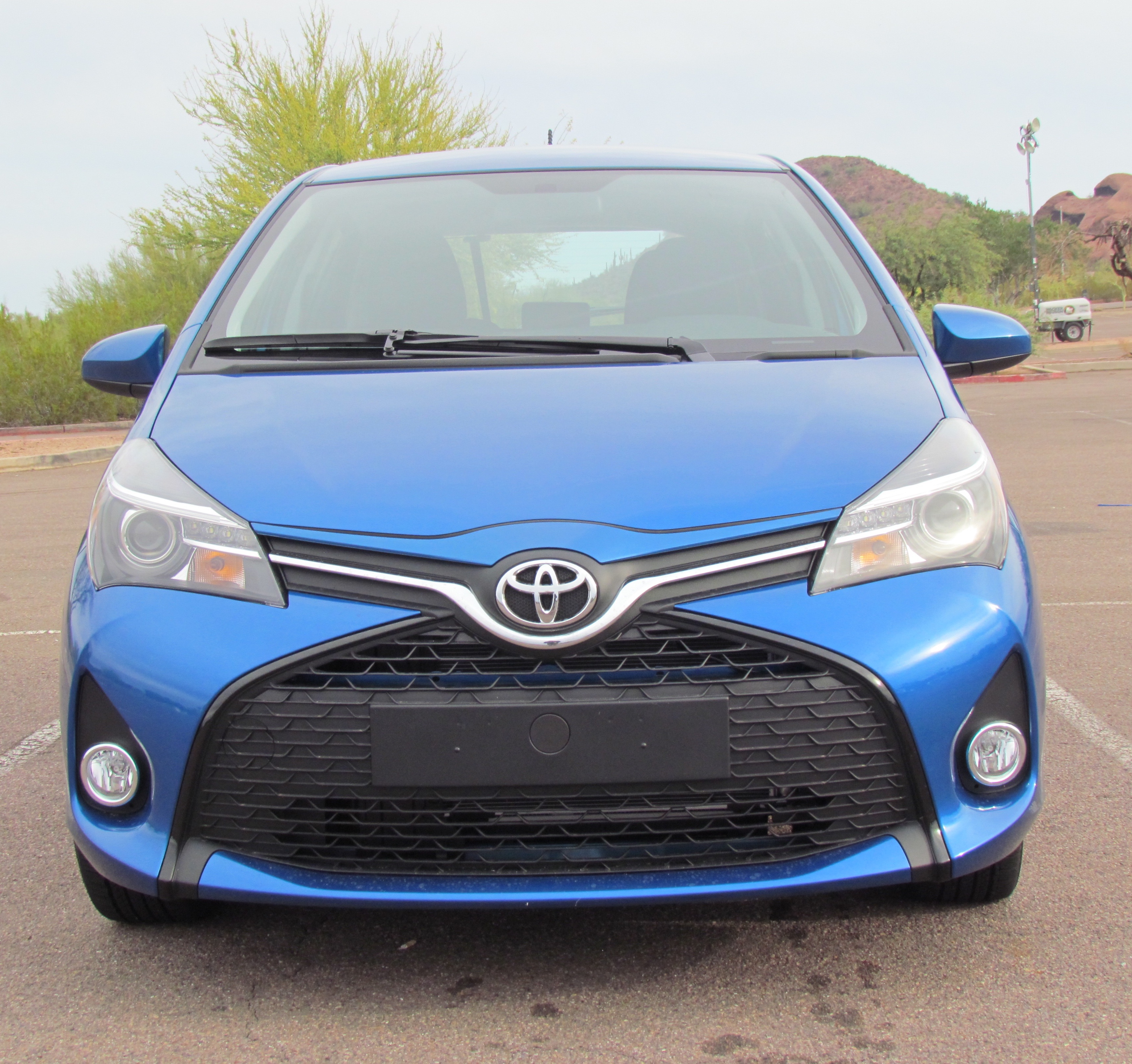 Excluding the Bugatti Veyron — and its $1.2-plus million price tag — as best we can figure, a French car is being sold in the United States for the first time since 1991, the year Peugeot joined Renault and Citroen in finally withdrawing its cars from the American new-car market.

And what is this French car that is being sold in America?

Well, it’s not the product of any of the traditional French automakers. It’s the 2015 Ya-ree, which is how we think the French would pronounce the world “Yaris,” (rhymes with Paris, or with Pa-ree).

Wait a minute! Isn’t the Yaris a Toyota?

But because the previous generation of the Yaris, a car imported from Japan, was less than a huge hit with American drivers, Toyota decided to see if a car with some European flair might be better received. Since 2005, Toyota has had a joint venture with Peugeot and Citroen to build a compact hatchback that Citroen sells as the C1, Peugeot as the 107 and Toyota as the Aygo (i-go).

The Toyota Aygo concept car was unveiled earlier this year at the Geneva Motor Show. We’ve written about how Toyota is marketing its newest Camry as the “bold” Camry, well, the tag line for the Aygo concept car video was “Go Fun Yourself.”

That concept was the basis for the 2015 Yaris now being sold at Toyota dealerships in the U.S. Though in consultation with Toyota’s U.S. operations, the car was designed by Toyota’s ED2 studio, which is located between Cannes and Nice in the south of France. The car is produced at a Toyota assembly plant near the French/Belgian border.

The Yaris is a compact hatchback available in 3- and 5-door versions. We’ve just spent a week in the 5-door SE. That’s SE as in sports edition.

“The SE turns the Yaris into an urban-cool sporty ride,” claims Toyota’s media materials, “with black headlight trim and special gloss black with machined spoke 16-inch alloy wheels with 195/50R16 tires. Behind the wheels are four-wheel disc brakes. A rear diffuser rounds out the package.

By the way, that leather-trimmed tilt three-spoke steering wheel has a racing-style flat bottom and nice, contrast-colored stitching, as do the seats. 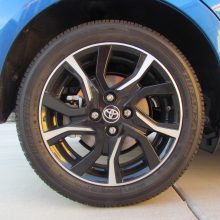 And speaking of spokes, those wheels have 10 spokes with an unusual if very interesting black-and-silver color pattern.

The Yaris is available with a four-speed automatic or five-speed manual transmission. Unfortunately, the one we were offered for the week had the automatic. We’re confidence the manual would be much more fun and would better enable the driver to extract all the power possible from the car’s 106-horsepower, 1.5-liter four-cylinder engine.

But even with the automatic, the Yaris is spunky, thanks to the engine’s construction with double-overhead camshafts, variable valve timing and a torque curve that’s wide enough to let you make the best of the 103 pound-feet of power it produces.

The SE model rides on a stiffer suspension than the L or LE versions. It also gets 16-inch wheels with 195/50-aspect tires.

Some might be surprised to see only one windshield wiper, but we drove through a rainstorm and can report that the wiper is efficient in doing its job and providing a clear view of the road ahead. However, we cannot say the same for the small wiper at the other end of the car; it clears only a portion of the rear window.

The only feature we really missed was a rear-view backup camera, which quickly is becoming part of the ante for all new vehicles sold in the U.S.

As we said, the car is spunky, very comfortable at freeway speeds, and oh-so-easy to park. All Yarises (or is it Yari?) are equipped with nicely responsive electronic rather than hydraulic power steering.

Interior comfort is aided by the presence of soft-touch surfaces. Cargo capacity is aided by the way the rear seats are split and fold-down easily to enlarge the cargo floor.