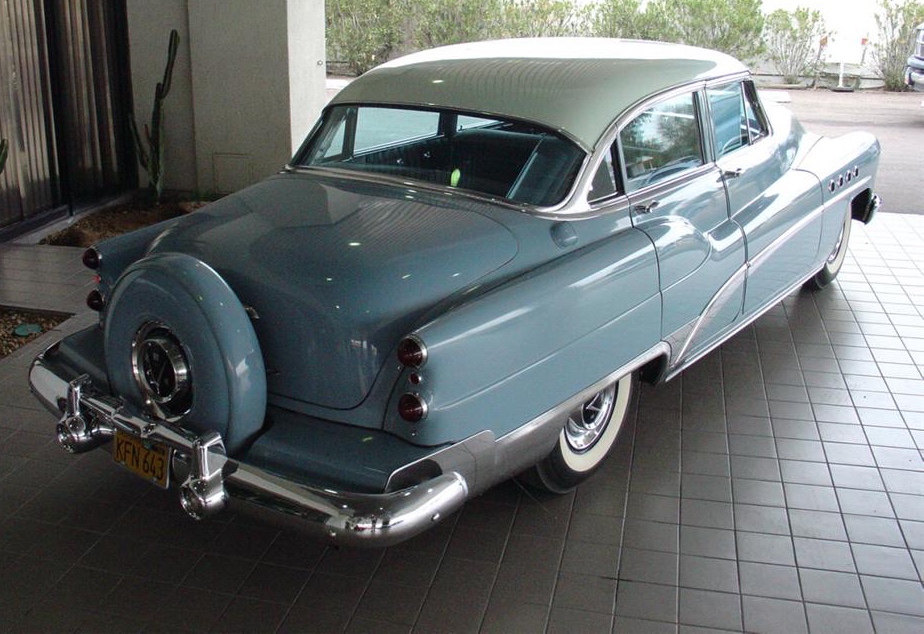 Editor’s note: This is the first in a 30-day series featuring cars from the Ron Pratte Collection that will be sold at Barrett-Jackson’s Scottsdale auction in January.

This historic 1953 Buick Roadmaster four-door sedan (Lot #2503) was personally customized for 20th century Renaissance man Howard Hughes. One of his prized possessions, Hughes drove the car while he stayed at the Beverly Hills Hotel in Hollywood, utilizing the car as his own mobile office.

An aviation enthusiast and aerospace engineer, Hughes directed the Roadmaster’s modifications to conform to his eccentric demands and idiosyncrasies.

Among his modifications is a full 24-volt aircraft electrical system in conjunction with the factory 12-volt system, allowing him the ability to personally jumpstart his airplane as he traveled undetected. The electrical system also features a trunk-mounted air conditioning unit that is fully operable separate from the engine. In line with Hughes’ germ obsession, the air system was designed to first flow through a dust trap and bacterial filter.

The Buick Roadmaster also was the last car that Hughes drove.

Stored on blocks for 20 years in Hollywood, this piece of history has only 5,339 miles on its odometer.

The exterior is 100-percent original with factory Pastel Blue paint and a Seafoam Green top. All interior appointments are reported to be in perfect condition, complete with blue wool, broadcloth and nylon.

The ’53 Buick Roadmaster four-door sedan is scheduled to cross the auction block in Scottsdale on Saturday, Jan. 17.

Question of the Day: What is your favorite shifter design?